Contemporary Art and Feminism (CAF) — About

Contemporary Art and Feminism responds to what we perceive as a massive groundswell in engagement and curiosity about feminism’s role in the development of contemporary art and its current relevance to art-making and analysis. CAF aims to be a major point of coalescence for this groundswell, to facilitate collaboration and communication that may grow into specific events and outcomes, such as exhibitions, online archives, publications, conferences and symposia.

The project is being steered by academics and curators with a long-standing commitment to the making, documentation, analysis and promotion of art practice and art writing which is informed by feminism and contributes to feminist understandings of our social and political realities.

CAF is convened by Jo Holder, Jacqueline Millner and Catriona Moore. Share your ideas. Contact: This email address is being protected from spambots. You need JavaScript enabled to view it.

March 2014: Transgressive Teaching: a wildly successful seminar and workshop-style event. The day of ‘Transgressive Teaching’ (SCA, March) talks considered feminism in relation to art schools, curriculum issues and teaching. The model focused on how to link the energy of contemporary art practices with the educational experience of emerging feminist voices. A free all-day workshop with leading feminist scholars and artists at Sydney College of the Arts. It included a DAAO-thon. Documentation: SCA video.

24 and 25 October 2014: Curating Feminism an exhibition and conference at Sydney College of the Arts, Sydney University, AGNSW and The Cross Art Projects.  'Curating Feminism' a conference, master-classes and exhibition. Exhibition Sydney College of the Arts and the Cross Art Projects (23 Oct to 7 Nov). Documentation: catalogue.

Future Feminist Archive Symposium: A panel titled Women's Gaze, presented by filmmakers Martha Ansara, Margot Nash and Jeni Thornley, discussed some of the groundbreaking feminist films they produced in the 1970s, returning to their feminist origins. Individual presentations include clips from Film For Discussion (Martha Ansara with the Sydney Women’s Film Group 1973), We Aim To Please (Robin Laurie and Margot Nash 1976) and Maidens (Jeni Thornley 1978). Joining them is emerging filmmaker Natalie Krikowa who suggests that these pioneering women laid the foundations upon which a new generation of feminist filmmakers, like her, now stand. Other key films from the period such as My Survival as an Aboriginal (Essie Coffey 1978), Size 10 (Sarah Gibson and Susan Lambert 1978) and For Love or Money (Megan McMurchy, Margot Nash, Margot Oliver and Jeni Thornley 1983) are also discussed. The panel highlights the importance of recognising Australian women’s film history and current practice by working towards the creation of a digital-online space, providing scholars and film-arts-media related organisations with an invaluable research and study tool. Film scholar Sarah Attfield chairs the session.Speakers: Women’s Gaze Session: edited by Margo Nash Vimeo link: https://vimeo.com/122498137

On 6 to 8 March 2015 we launch the Future Feminist Archive in partnership with the DAAO and selected regional partners as archival case studies. We are asking 'What forms can feminist archives take and how are can they be used by artists?’.

March 2015: Future Feminist Archive launch with research residencies at multiple venues aiming to account for the historical significance of feminist interventions in the visual arts with a regional perspective.

26 October 2015: Contemporary Art and Feminism Wiki-thon at Museum of Contemporary Art, Sydney. An all-day communal updating of Wikipedia entries on subjects related to contemporary art and feminism with tutorials for the beginner. Plus floor talk by members of Brown Council and curator Natasha Bullock discussed women artists in the collection.

Abstract: Wikipedia’s gender trouble is well documented. In a 2010 survey it was revealed that less than 13% of its contributors identify as female. The practical effect of this disparity is clear — with more articles on notable women missing when compared to Encyclopaedia Britannica, Wikipedia is clearly skewed. This represents a huge inequality in an increasingly important repository of shared knowledge. 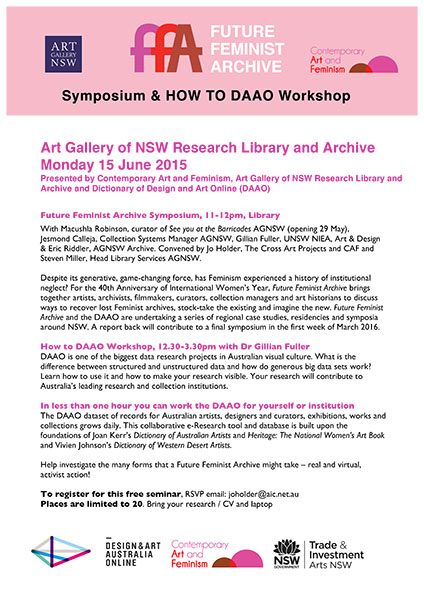 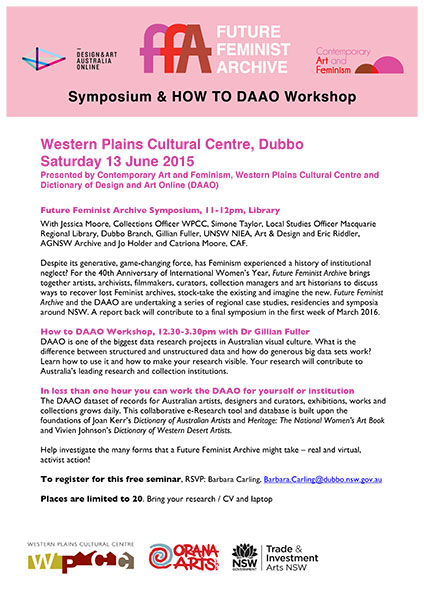 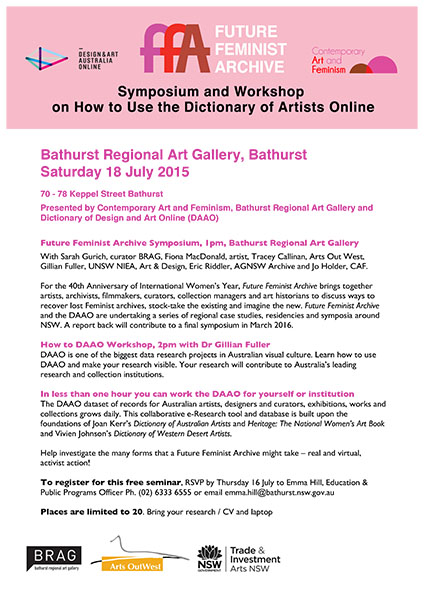 On September 11, 2012  the NSW state government announced that it would stop funding art education in TAFE, leaving 4000 students without access to finishing their courses in 2013. TAFE Art courses are the main provider of art education in NSW, with many prominent artists getting their first 'hands on' training in TAFE. The withdrawal of funding means only the wealthy can afford private art education and NSW will suddenly find it no longer has emerging artists with skills coming through. This particularly hurts regional and remote communities.

Save Art in TAFE:  to follow the campaign at https://www.facebook.com/SaveArtInTafe

The Baird government wants to sell off more public land: the small but beautiful National Art School in the historic Darlinghurst jail designed by the convict architect Francis Greenway and the spectacular habour-side Callan Park site.

By September, 2016, students at all three institutions had joined to fight the closures. Meanwhile, the NSW government announced the sell-off of the Museum of Applied Arts and Sciences site in Ultimo. A Friends of the Powerhouse forced an Upper House Inquiry into the MAAS sale and lack of transparency. 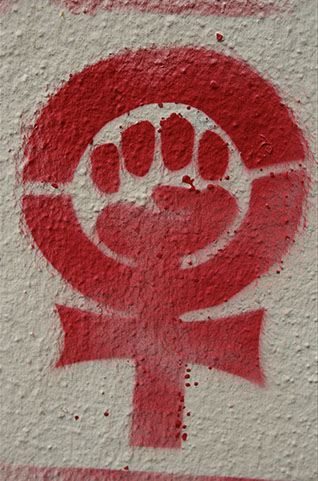 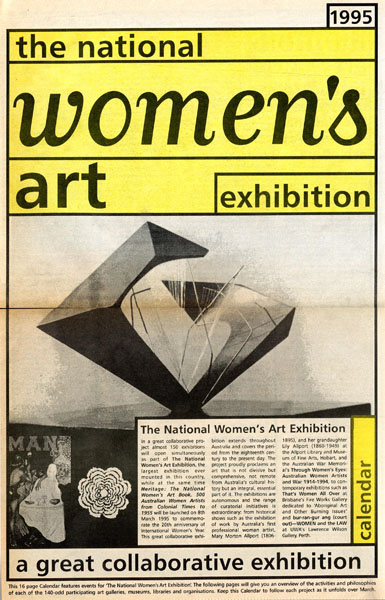 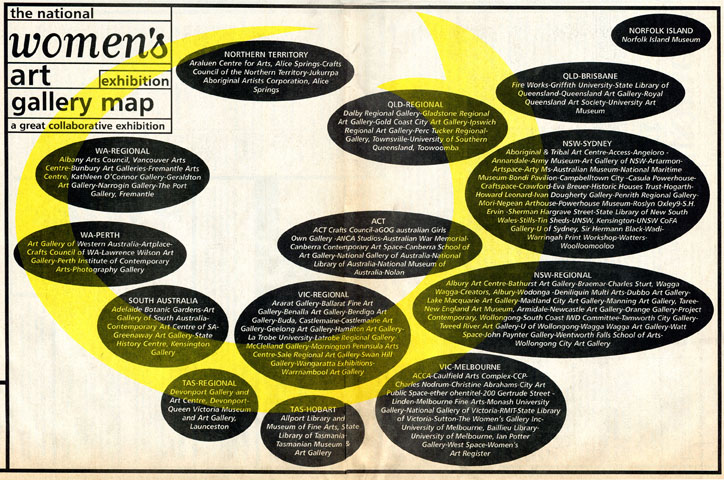