Art Walk is an initiative of twenty prominent contemporary art galleries and art project spaces in the neighbourhoods of East Sydney, Darlinghurst, Kings Cross and Woolloomooloo.

Art Walk is simple. Several times a year — spring, summer, autumn and winter — precinct galleries coordinate an afternoon of art, drinks and food, talks and conviviality. A program of talks links the galleries.

This art walk and the Green Bans website were developed for the Green Bans Art Walk Exhibition in 2011. Presented by The Cross Art Projects, Performance Space, Big Fag Press and The Firstdraft Depot Project Space. The project was opened with talks by Jack Mundey with response by Peter McClelland, president CFMEU and Father Edmund Campion with response by Joe Owens, former BLF secretary. Other talks were by Meredith Burgmann, co-author of Green Bans, Red Union, Catriona Moore and Pam Johnson on 'Art and the Expanded Social Field' and Pat Fiske, director of 'Rocking the Foundations: A history of the Builders' Labourers' Federation' at the Green Bans Film Night Finale, at the Police Citizens Boys Club in Woolloomooloo.

True flaneurs might prefer to stroll around four experimental project spaces within 5 minutes of each other in the heart of The Cross. 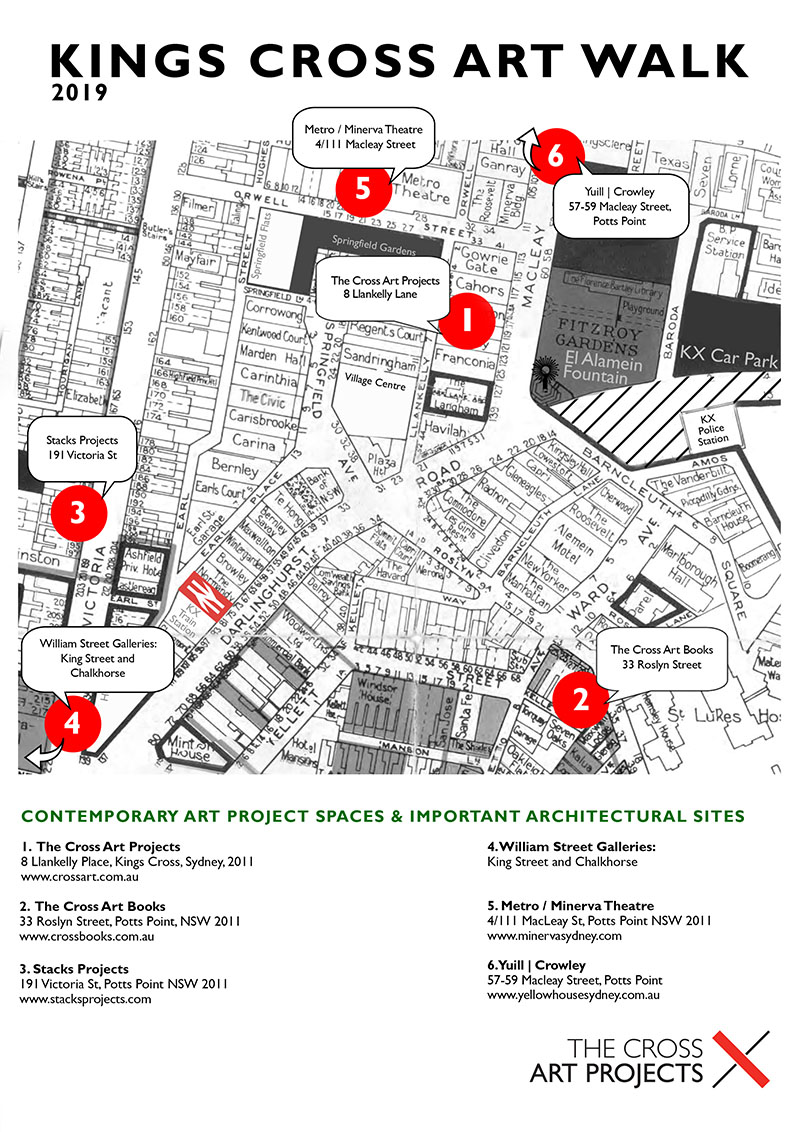 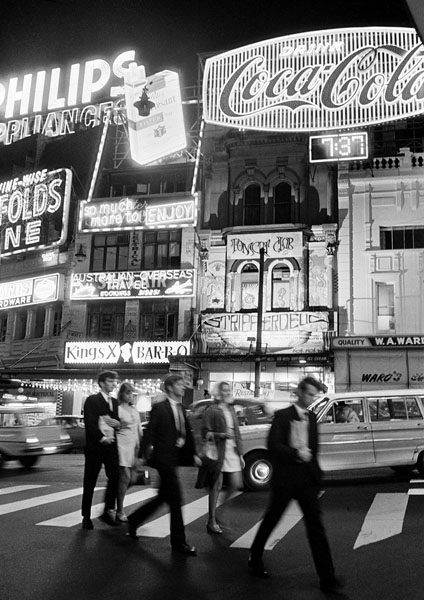 Info on ‘Aunts up the Cross’ and the El Alamein fountain and Green Bans. 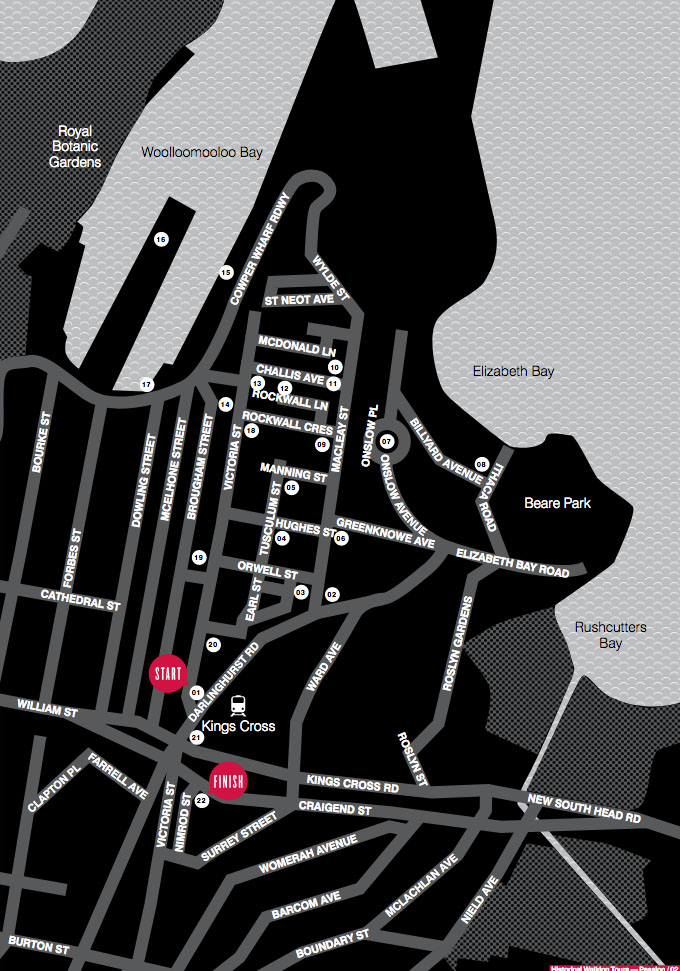 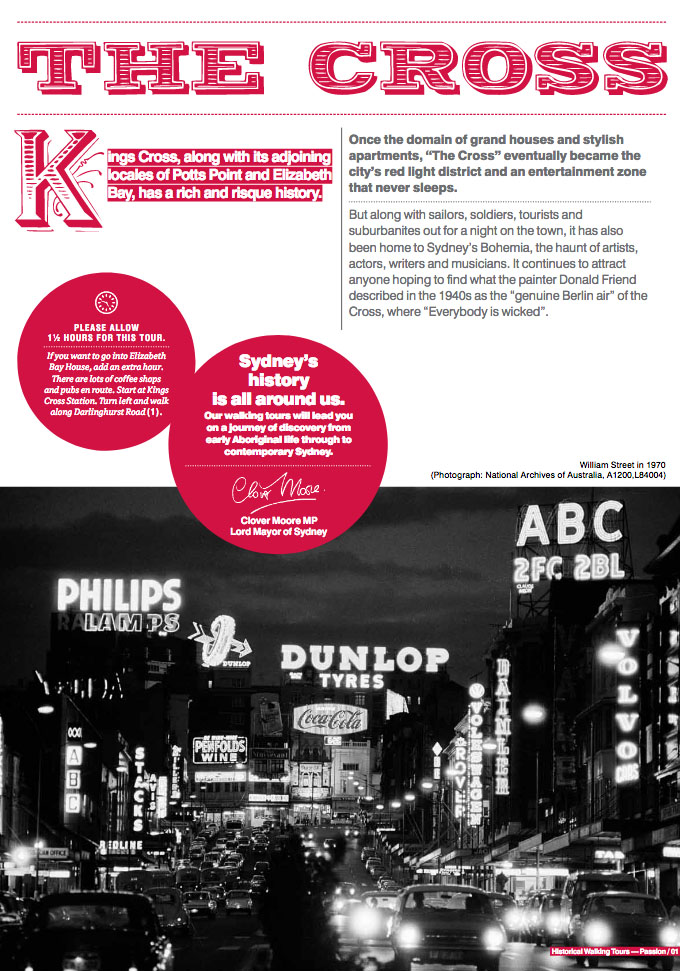 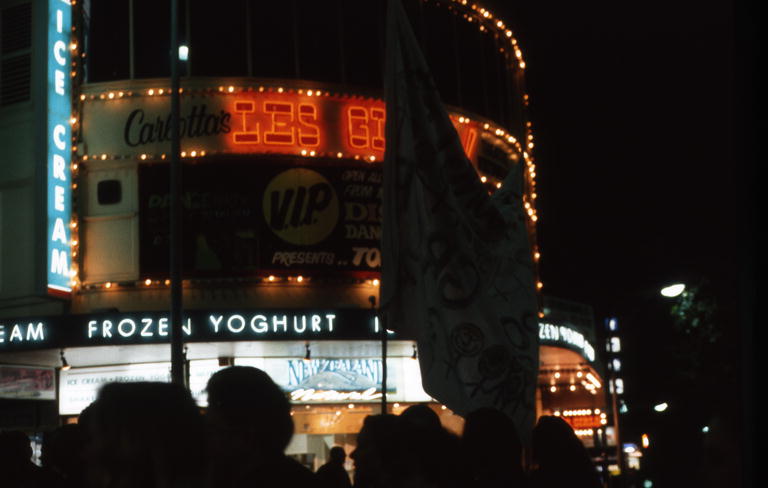 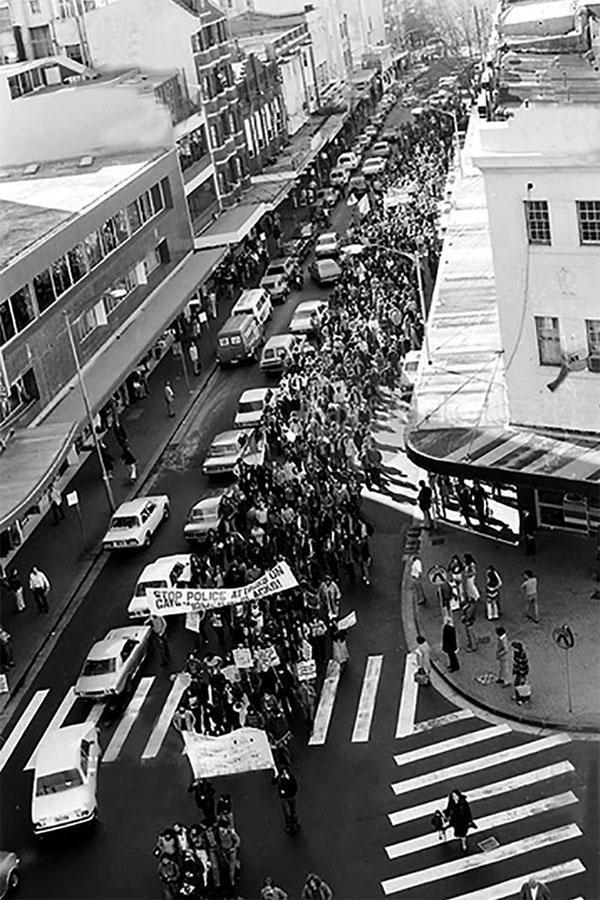 'RIOT’: In June 1978 the inaugural Mardi Gras March was a walk up Darlinghurst Road to El Alamein Fountain by those who were unwavering in their fight for decriminalisation, recognition and equality. It turned into a riot when police arrested over 50 people.

The Minerva Theatre and Metro: Icon of Kings Cross

The Minerva Theatre  opened  on 18 May 1939 and was renamed the Metro Kings Cross in 1952. It has a long association with Sydney's stage and screen as a venue for major theatrical productions and films, musicals such as Hair and, more recently, a film production house (Kennedy Miller). The Minerva Theatre was built in the inter-war functionalist style which emerged in Australia in the 1930s. It was an evolution of Art Deco, Art moderne and Expressionist styles and greatly influenced by American and European architecture of the 1920s and 1930s. The theatre's vertical massing, sweeping curves, stepped forms and horizontal lines symbolised progress and modernity and were considered appropriate for a venue of popular culture.

Architecture: The Minerva-Metro building i is a rare example of the interwar Expressionist / moderne style. Architects Guy Crick and Bruce Furse supervised the design and construction of the Minerva Theatre with Dudley Ward designing and supervising the interior decoration, fibrous plaster details and decorative features, and external ornamental features and painting. Often it is mislabelled as ‘Art Deco’ (and attributed to Bruce Dellit), it exemplifies Guy Crick and Bruce Furse’s mature style. Crick and Furse had built at least 50 cinemas throughout Sydney, when Dellit contracted them to design their masterpiece.

Ten years after Art Deco’s luxurious ornamentation and the Great Depression, the world wanted a new architecture for a new age and a new medium, the talkies. 80 years later, it is a National Treasure and research indicates the interior has international significance. The Minerva / Metro is the best of Kings Cross. It symbolises this area’s unique place in Australian history and Australia’s debt to European modernism. The NSW Office of Environment & Heritage recognises its significance and recommends, "The building should be retained and conserved.

Save the Metro/ Minerva: The owners (Kennedy Miller) put the building on the market in late 2017. The Kings Cross community is lobbying Sydney City Council to purchase and preserve. To date this has not been successful. 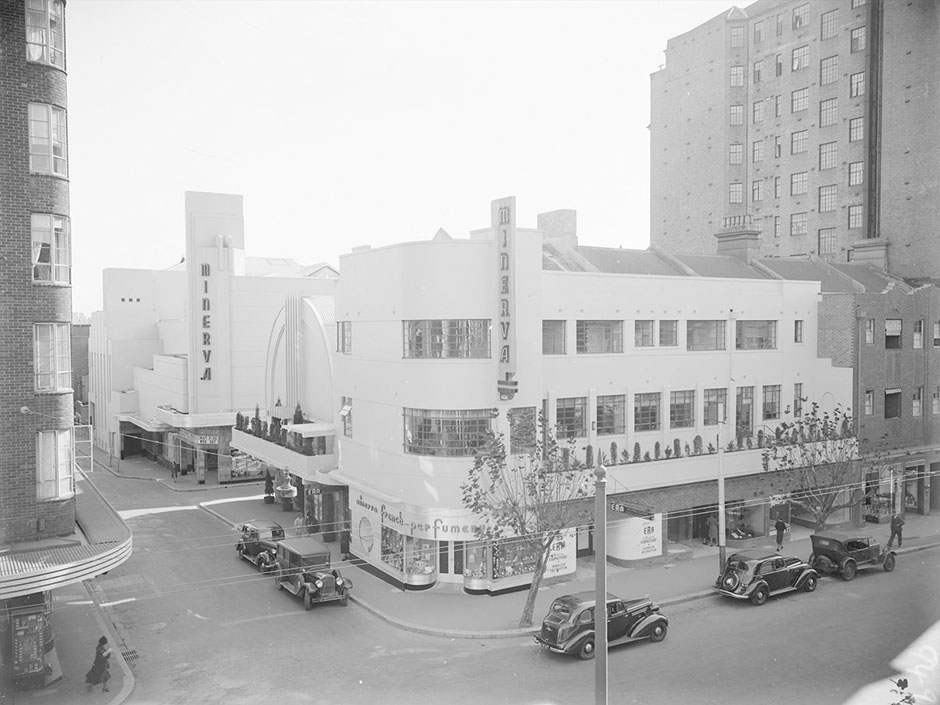 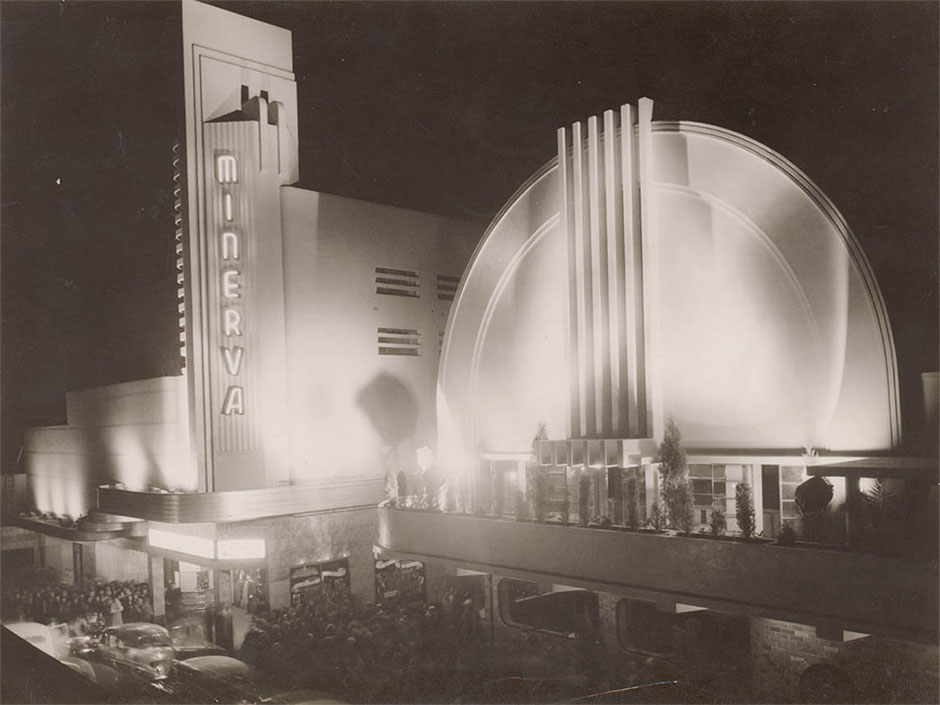