The exhibition The First, First Families contains many of the earliest views of Sydney and representations of Aboriginal people from 1788: the ‘First, First Families’. As the site of the invasion and ongoing resistance Sydney has always been a contested place.

As a curator Ace Bourke has, in several major exhibitions, explored the entwined narratives of his own colonial family history, Aboriginal history and his experiences as a curator of contemporary Aboriginal art.

In The First, First Families you will see etchings from the earliest published journals based on artwork by leading artists such as Thomas Watling, Nicholas-Martin Petit from the Baudin expedition and Joseph Lycett, published for a European audience fascinated by our Pacific region. Other works relate to Ace Bourke’s family including natural history illustrations by sisters Helena and Harriet Scott made in the second half of the 19th century.

When Ace Bourke staged Flesh & Blood: Stories of Sydney 1778 – 1998 in 1998 at the Museum of Sydney, Augustus Earle’s famous portrait of Bungaree was the exhibition’s hero image and its poster. Bungaree’s story was featured as he circumnavigated Australia with Ace’s relation and great great-great uncle, hydrographer Phillip Parker King.

A wealthy collector who owned a painting by Conrad Martens depicting the family home of Ace’s relation, David Scott Mitchell, in Cumberland Place, The Rocks, refused a loan request. She wrote saying, his use of Bungaree was, “an insult to Sydney’s leading families”.

Ace says: “On my maternal side I am descended from Governor King and on my paternal, Governor Bourke. Both had major responsibilities and influence in relation to Aboriginal people. Despite centuries of trying to erase or ignore Aboriginal history, ironically their history is revealed in these journals and illustrations. Historians can now identify many people previously thought of as anonymous.”

In 2006, Ace Bourke also co-curated (with Keith Vincent Smith) EORA: Mapping Aboriginal Sydney 1770-1850 at the State Library of NSW, to primarily examine the identities of the ‘first, first families’ dispersed and dispossessed by colonial families. A reviewer of his curatorial work claimed the exhibitions were “exorcising his colonial family history”.

Ace says, “The exhibitions are actually my “truth telling”, reconstructions to reveal the real first families and interrogate and face the reality of colonization and the concept of terra nullius.”

Ace Bourke collected and researched the early etchings from various journals from 1788 onwards. This exhibition, The First, First Families is this collection. Many are wonderful art works and not just historically important. Ace has concentrated on images with family associations: from the general to the specific, from images of the First Fleet and first representations of First Nations people, to family portraits and now lost family houses.

On the land of Gadigal people of the Eora Nation 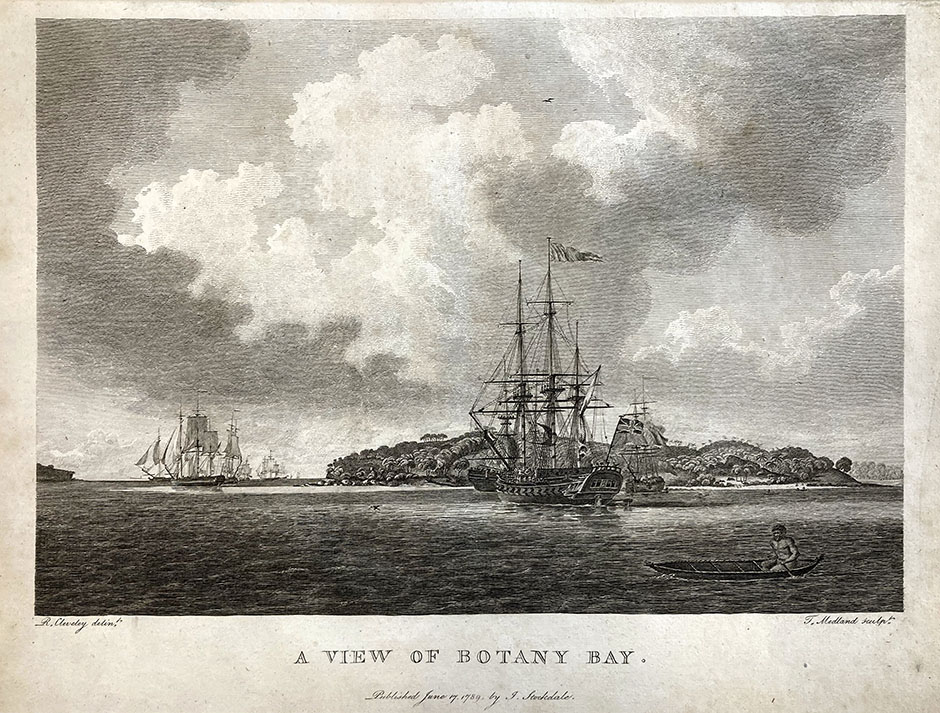 One of the earliest images of the colony worked from sketches by an unnamed artist. 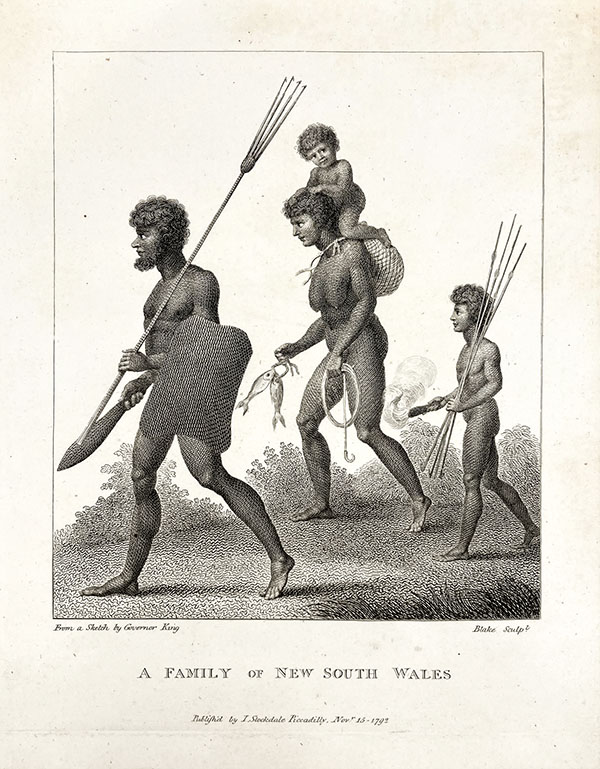 From a sketch by Governor King.  Artist William Blake

From John Hunter, Historical Journal of the Transactions at Port Jackson and Norfolk Island (London 1793). 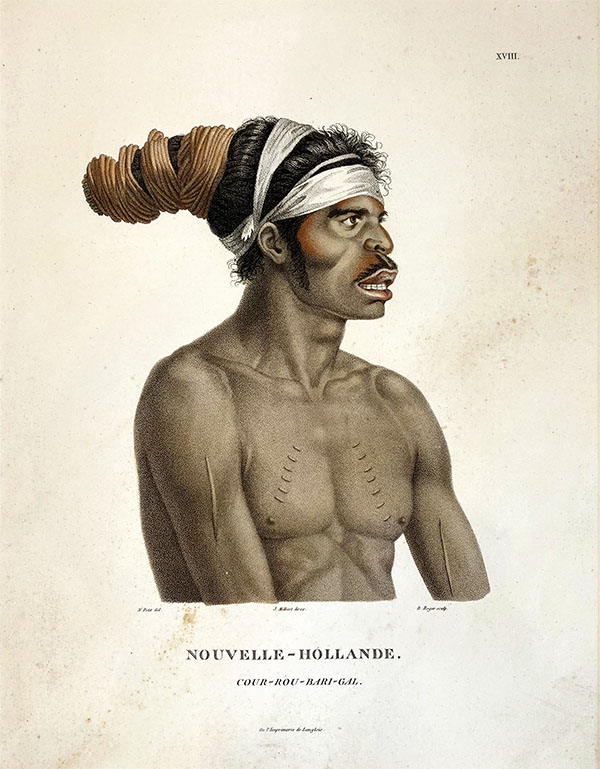 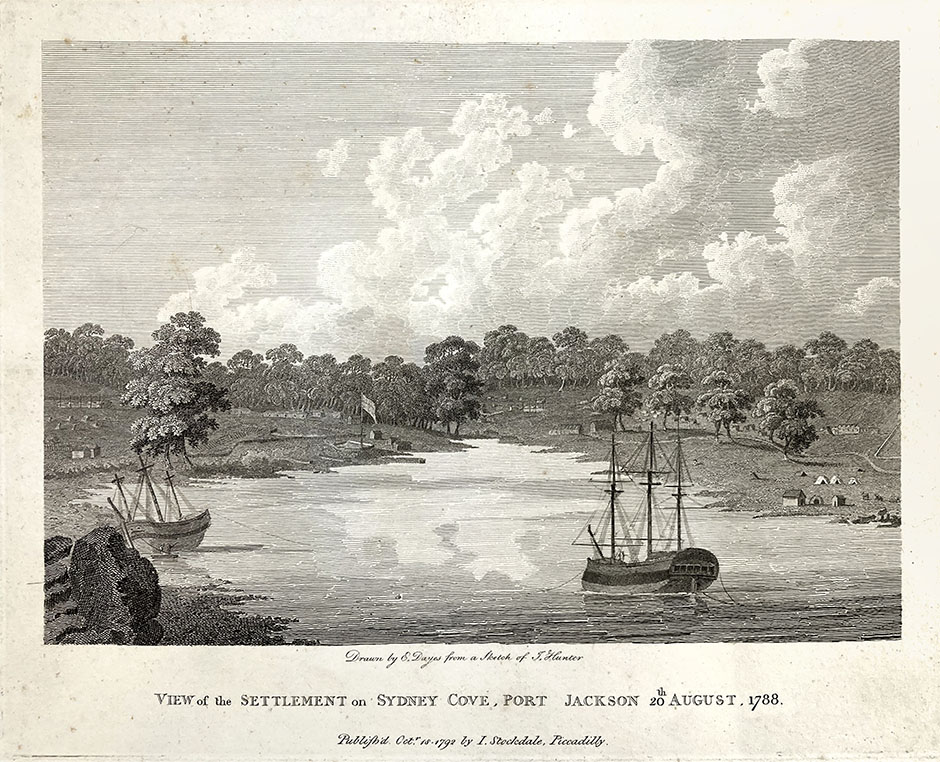 Published in John Hunter, An Historical Journal of the Transactions at Port Jackson and Norfolk Island. Published Oct 18, 1792 by J. Stockdale, London. 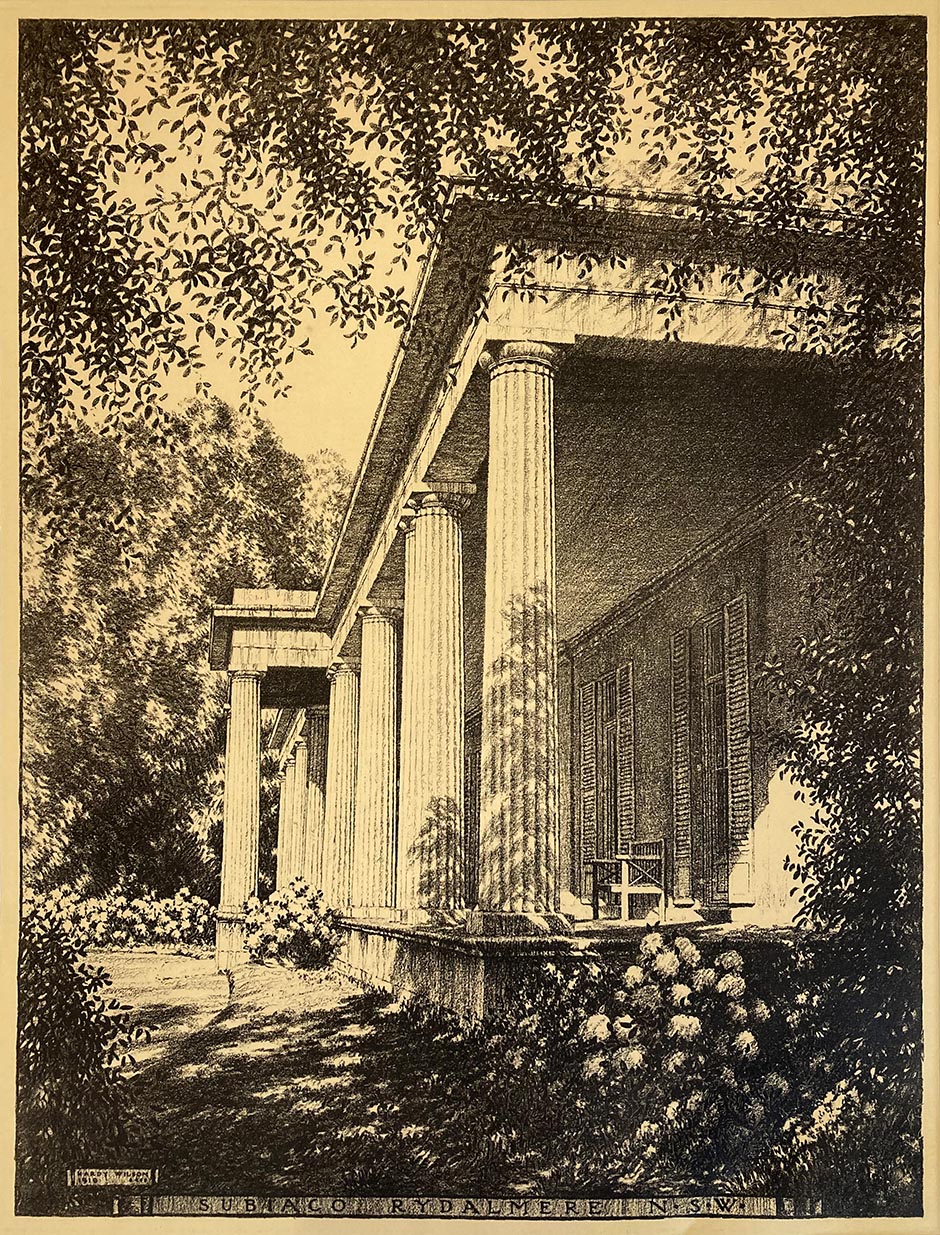 From Old Colonial Architecture in New South Wales and Tasmania (Sydney, 1924). Consisting of 50 collotype reproductions of his drawings executed by Max Jaffe in Vienna. 325 x 250mm

This house, originally named The Vineyard, was built by John Verge by 1836 for my great great great grandparents Hannibal and Anna Maria Macarthur, and described as “the finest house in the colony”. Near present day Parramatta, now demolished.