If the earth beneath our feet could speak … incompatible elements re-imagines the relationship between nature and culture and reconfigures the land as active and verbal, rather than mute, and therefore able to comment directly on the impacts of climate change.

Comprising four large photographic prints and a slowly panning video work accompanied by a delicate soundtrack, the exhibit's incompatible elements are dry Australian river beds and salt encrusted lakes, a river delta and an extinct volcano, representing the extremes of drought and deluge. A soft greyish-green light permeates each work as if viewed, lit and unified by 'god', the omnipotent satellite eye.

Slowly we see in the exquisite details that these very different lands are lands in crisis, at or past a tipping point: a section of the mighty Murray/Darling river system, the Coorong in South Australia, a world heritage wetlands at the mouth of the Murray River, the vast Ganges Delta where the rising sea level is visibly causing havoc for local villages, and the patchwork settlements precariously located on the edges of the volcanic cone Mount Taranaki.

In each image a text grows out of the landscape as if rising from the land itself. The earth breathes messages as haiku: ‘and the river was dust’ in the undulating coils of meandering lines of the Murray/Darling, ‘A Living Body’ follows a coastline while ‘days like these’ appears between the watery tendrils of the Ganges. In the most recent work the words ‘Pūwai Rāngi-Papa’ (Waters of the Radiant Sun and Earth Mother) are revealed in the detail of a forest. The sources for the poetry are local custodians or appropriately visionary artists: the Australian poet Judith Wright; Tom Trevorrow, a Ngarrindjeri elder; composer John Lennon and Dr Te Huirangi Waikerepuru, a Taranaki elder.

In each plea, the design of the words reflects the qualities of each landscape as if etched by a different hand chilled ironically to climate change neutral temperature.

As media artist and writer on climate change Janine Randerson observes on the video work, version 01: ‘The cumulative effect of incompatible elements is not alarmist, rather human responsibility is implicated in the large-scale geo-physical changes to our world that the artists represent. The work encourages reflection on the impact of cumulative weather events that are difficult to conceptualise as statistical data or scientific warnings.’ (RealTime, 2011.)

Leon Cmielewski and Josephine Starrs are Australian artists who collaborate on a range of video and interactive media projects playing with cinema, information visualisation, and between data mapping and sublime landscape. Starrs is Honorary Senior Lecturer at SCA, University of Sydney and Cmielewski is Senior Lecturer in the school of Humanities and Communication Arts, University of Western Sydney. Both have been widely exhibited, including at ACMI, Melbourne; Seoul Media Art Biennale; transmediale, Berlin; MCA, Chicago; IMA, Brisbane; ISEA 1996, 2000, 2004 and 2013; Pompidou Centre, Paris, and Australian Centre for Photography, Sydney. Incompatible elements grew out of a residency at Performance Space Carriageworks supported by a New Work grant from the Visual Arts Board of the Australia Council in 2011. This is their first print project.

Acknowledgements
Alex Davies for sound on video and ISEA Sydney 2013. 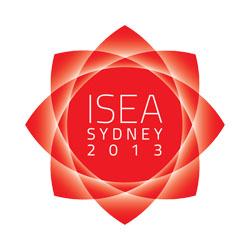