Jiregewoorrarrem, comprises 25 unique paintings of "all kinds of birds", sound, and a bilingual publication (translated by Frances Kofod, production by Warmun Art Centre) developed by Mabel Juli as a contribution to the art centre's Gija culture and language teaching and archiving activities. http://warmunart.com.au/

These birds have names in Gija and English. They also have skin names. But more than names, Mabel’s birds have homes, particular sounds and special areas of Country. They have songs and sometimes dances. They have special colours, feather textures, unique behaviours and habits. And, like so many things in Gija Country, they have Ngarranggarni (Dreaming). Mabel gives all of her birds Story. Download catalogue > 2015, Mabel Juli,  Jiregewoorrarrem — All Kinds of Birds. translation Francis Kofod, produced by Warmun Art Centre 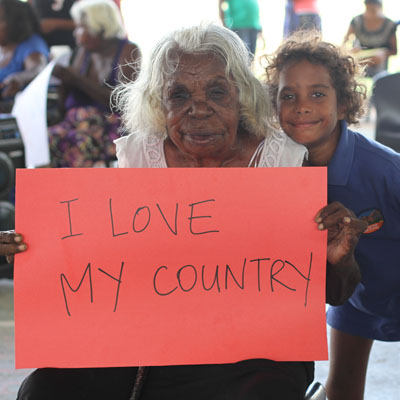