Future Feminist Archive In conversation: Wednesday 17 April, 1-2pm
Join archivist, blogger and historian Michael Organ and activist and curator Sharon Callaghan and guests for a roundtable on the future of feminist archives in the Illawarra. 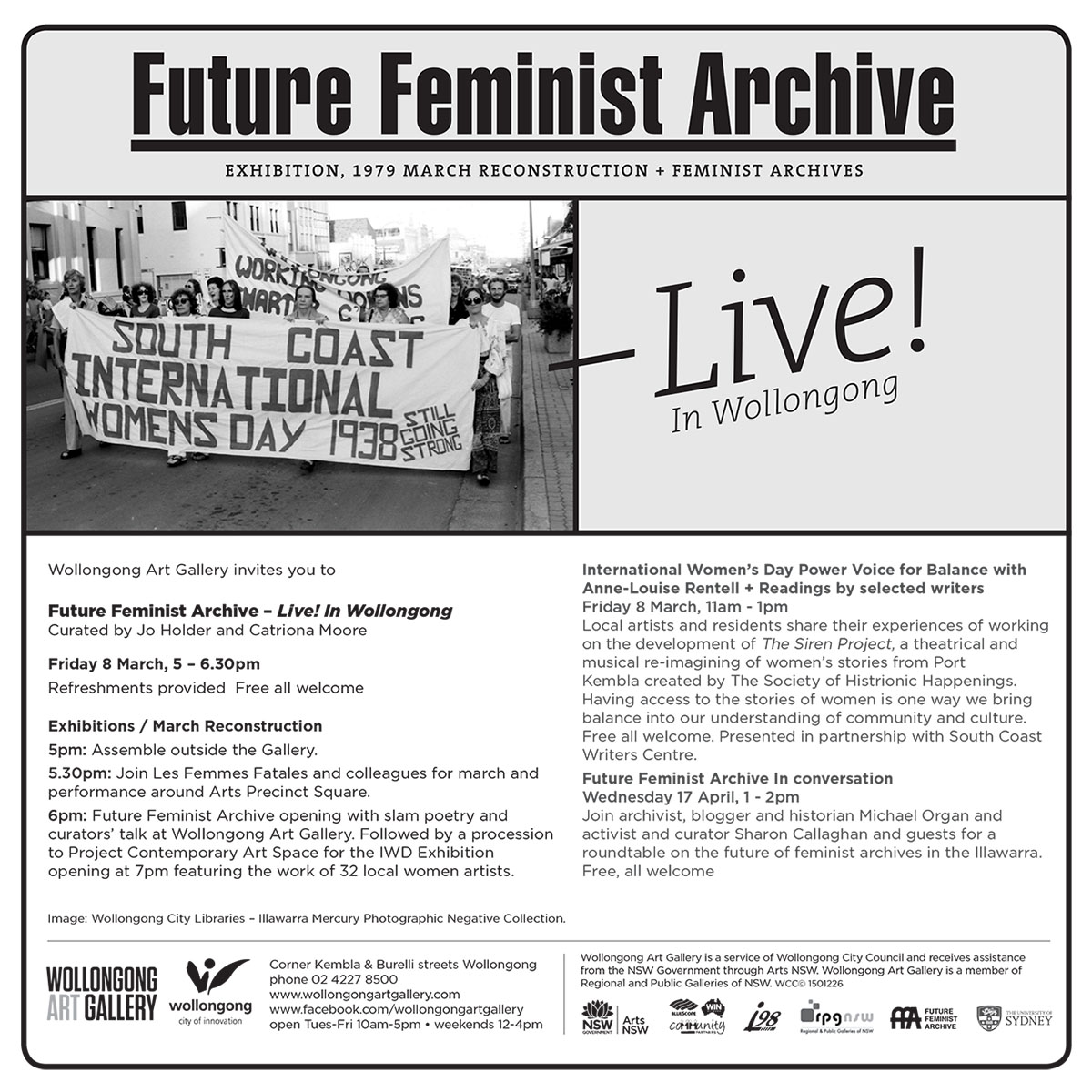 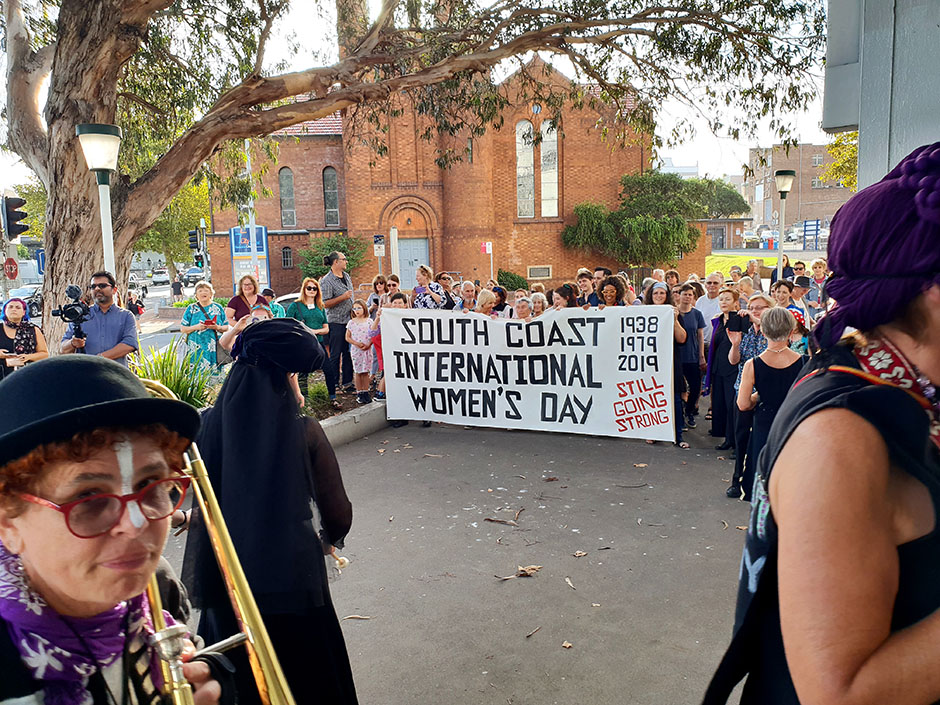 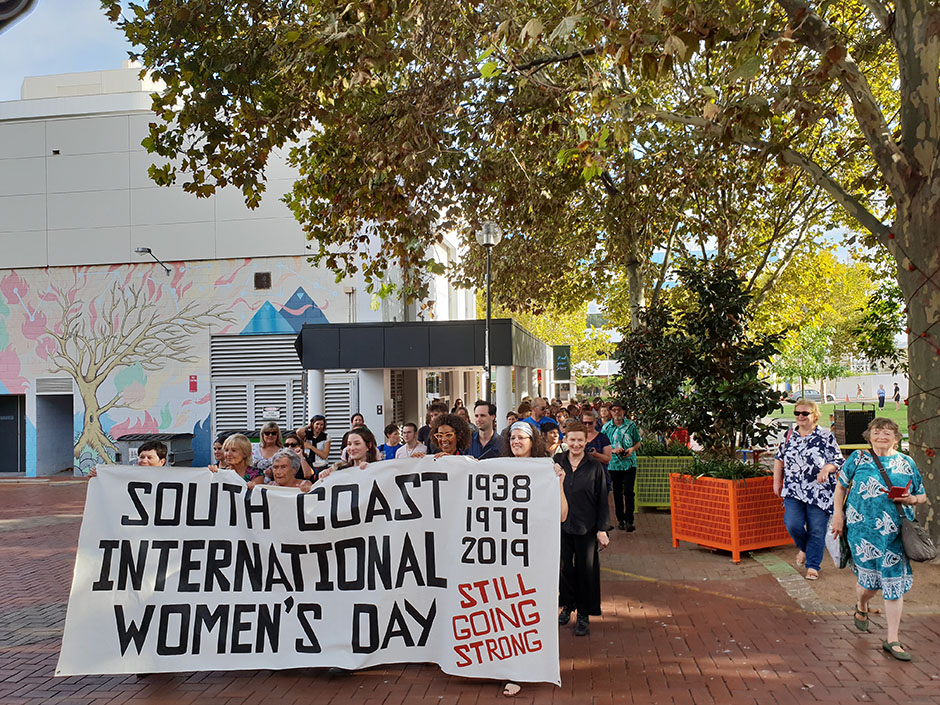 International Women's Day March 1979 reconstruction, heading up Burelli Street and through the Arts Precinct of  Wollongong 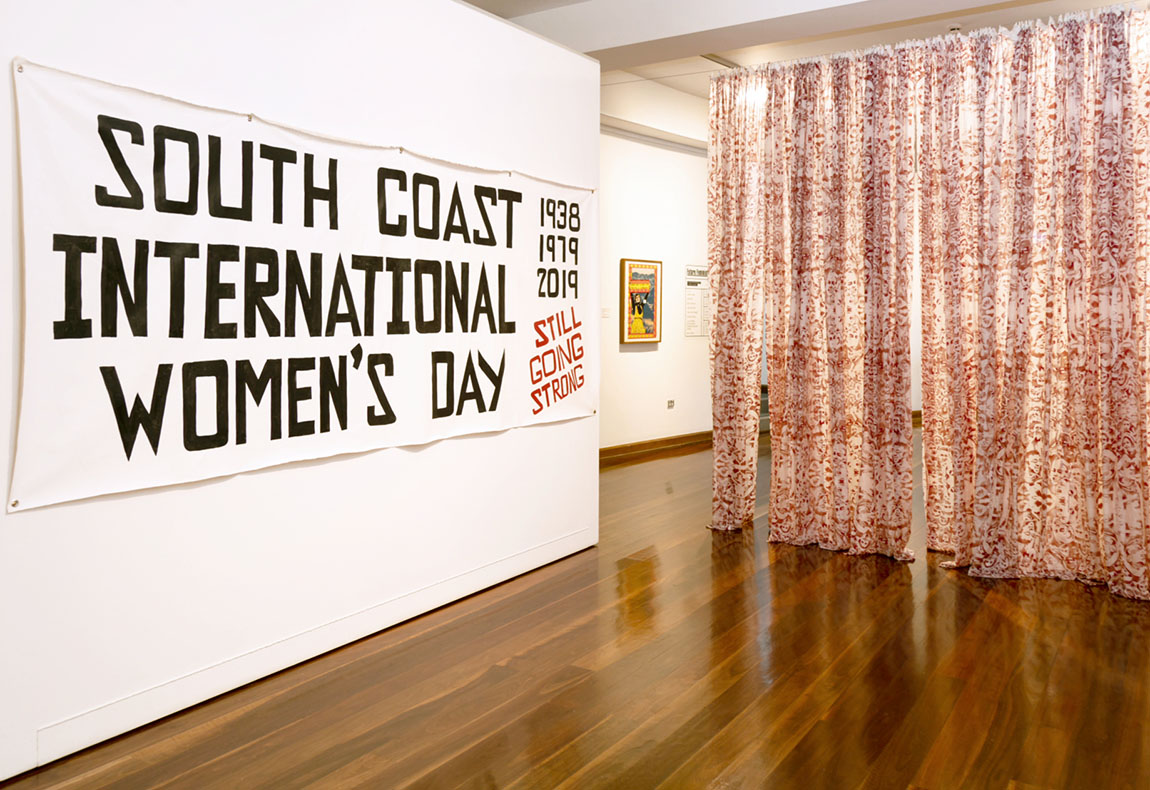 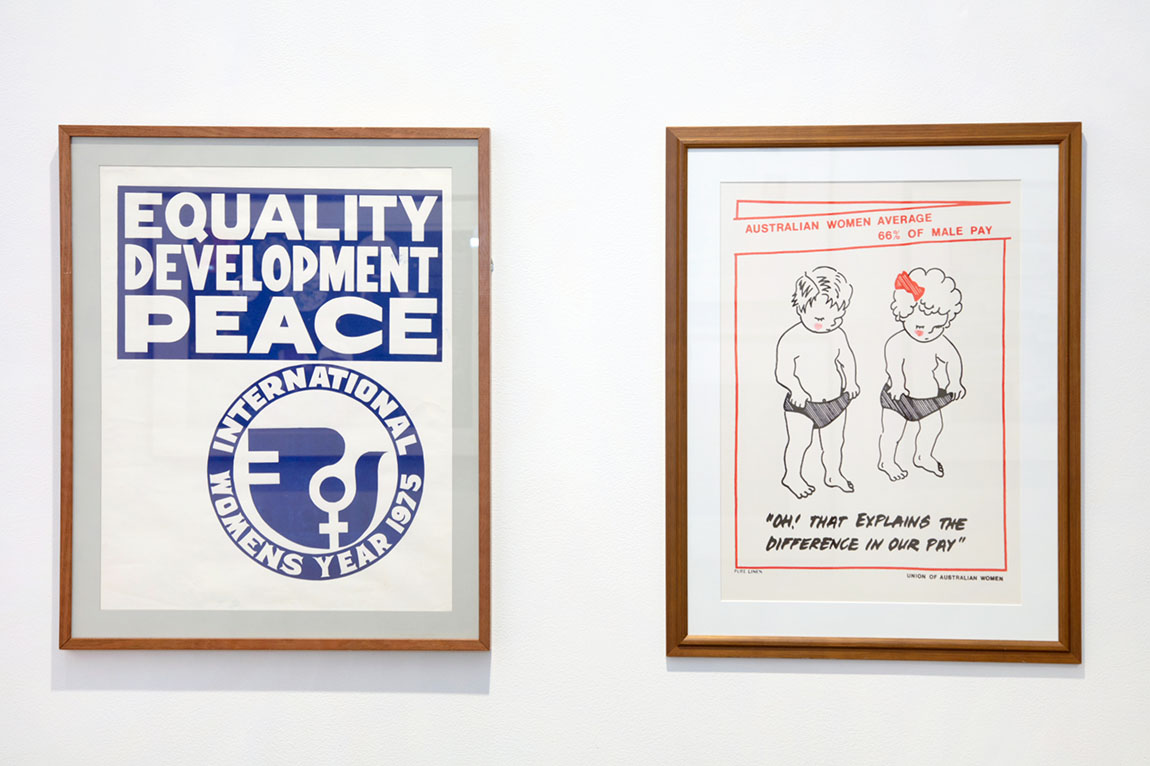 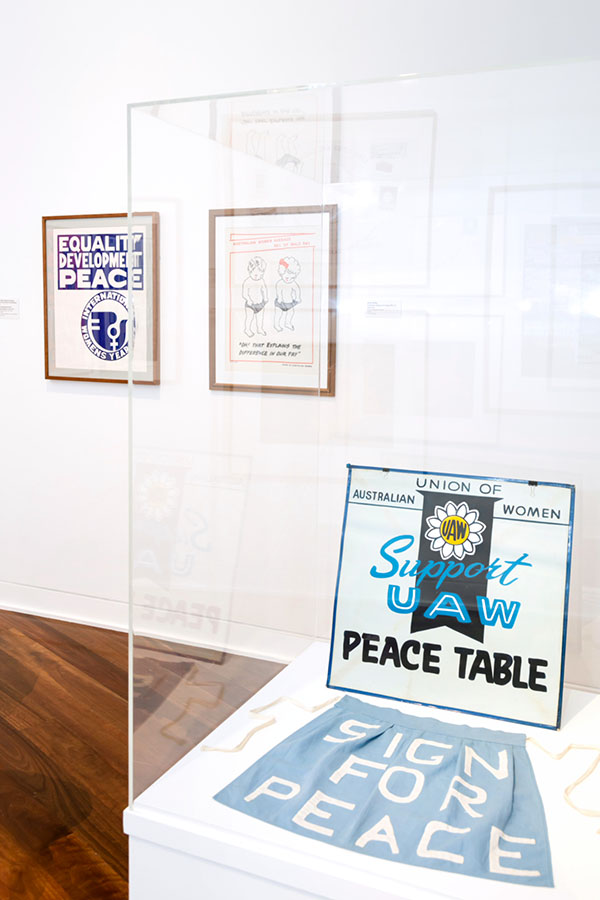 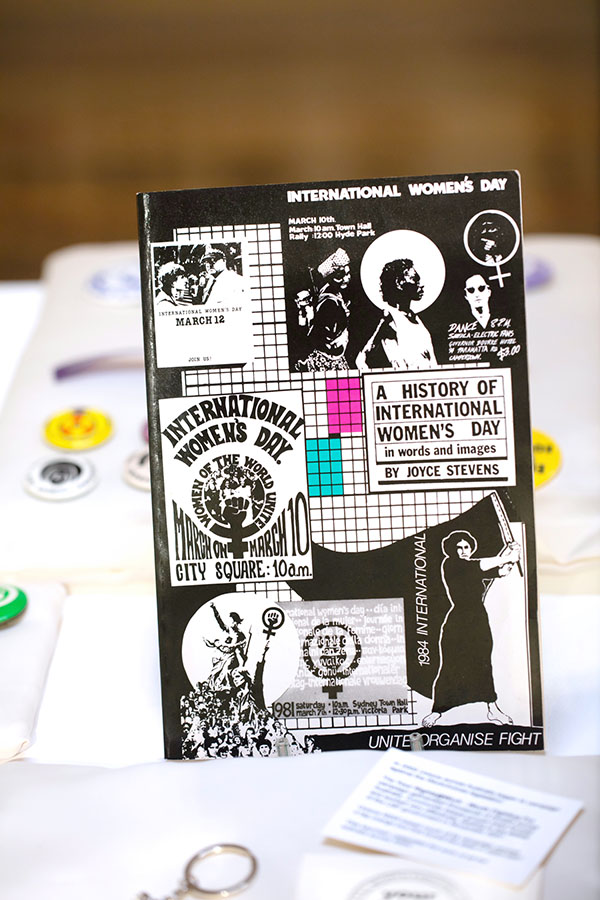 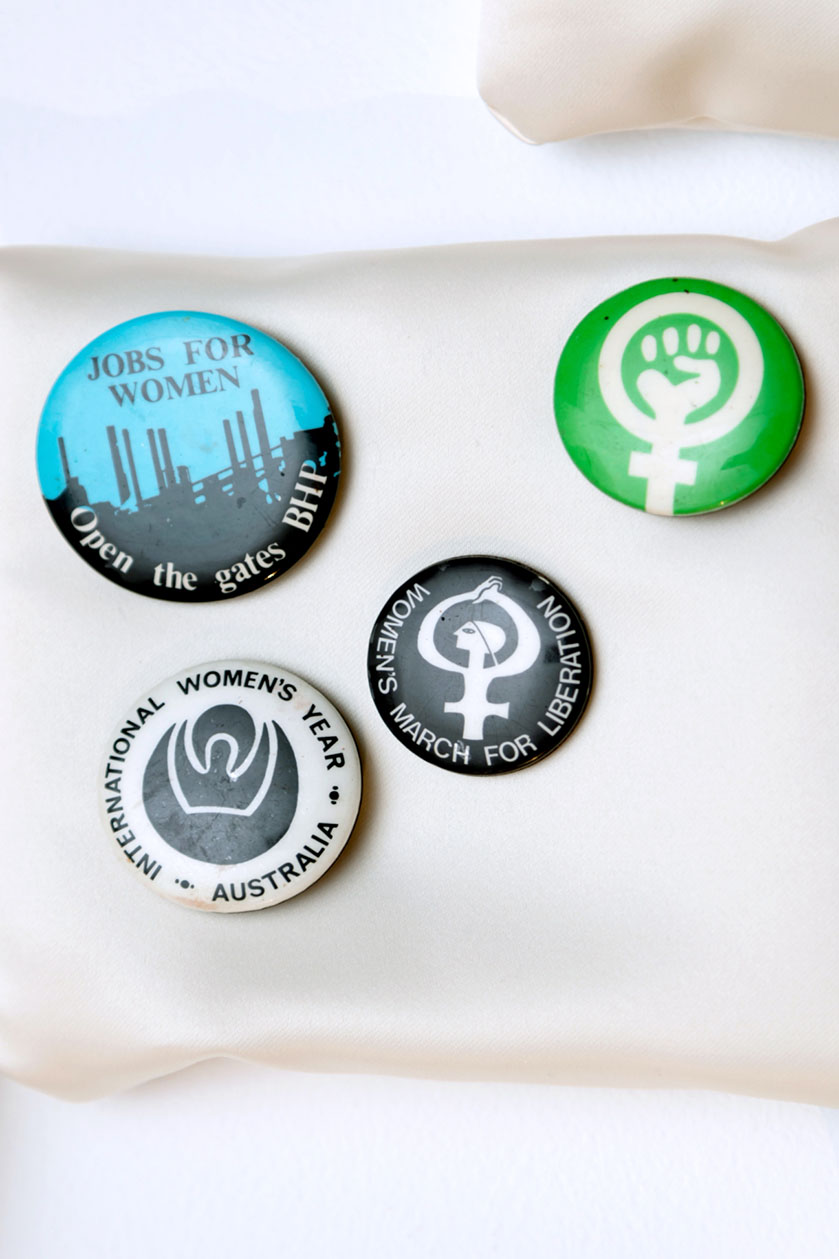 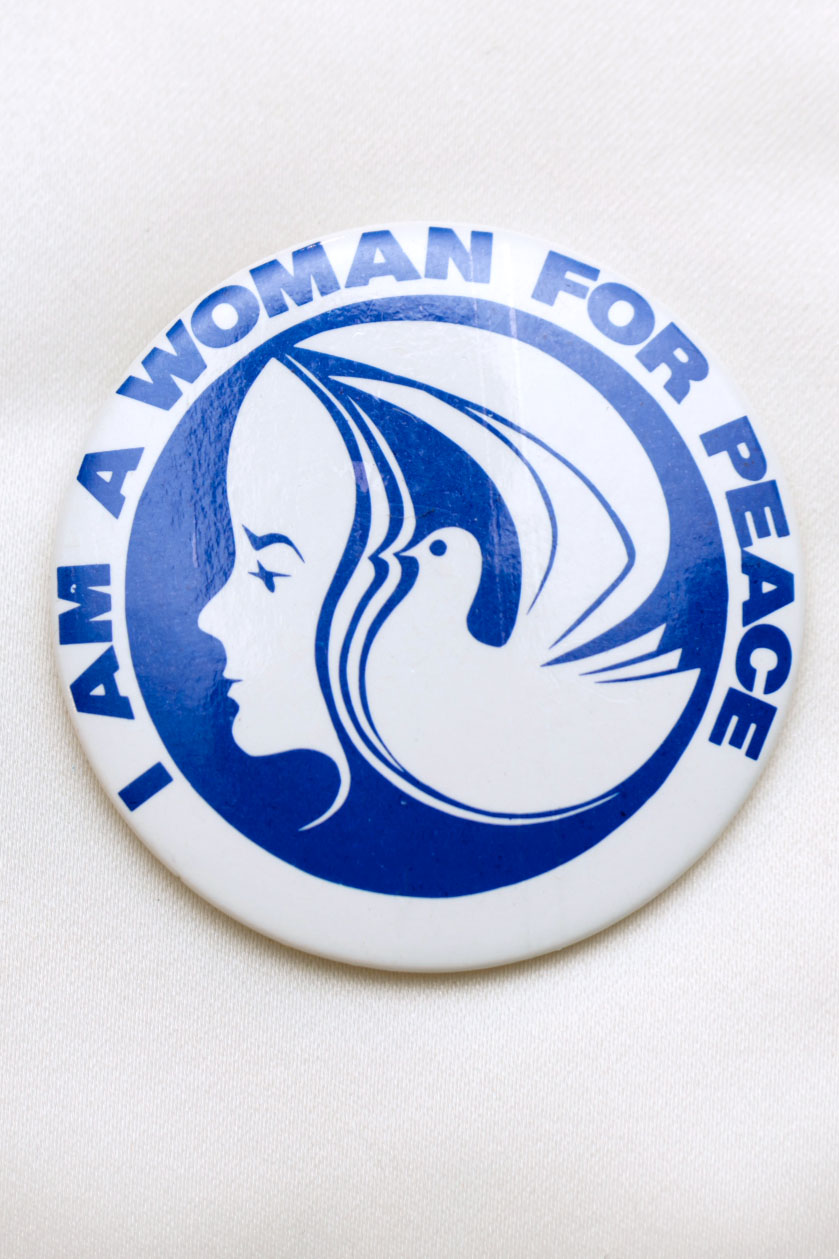 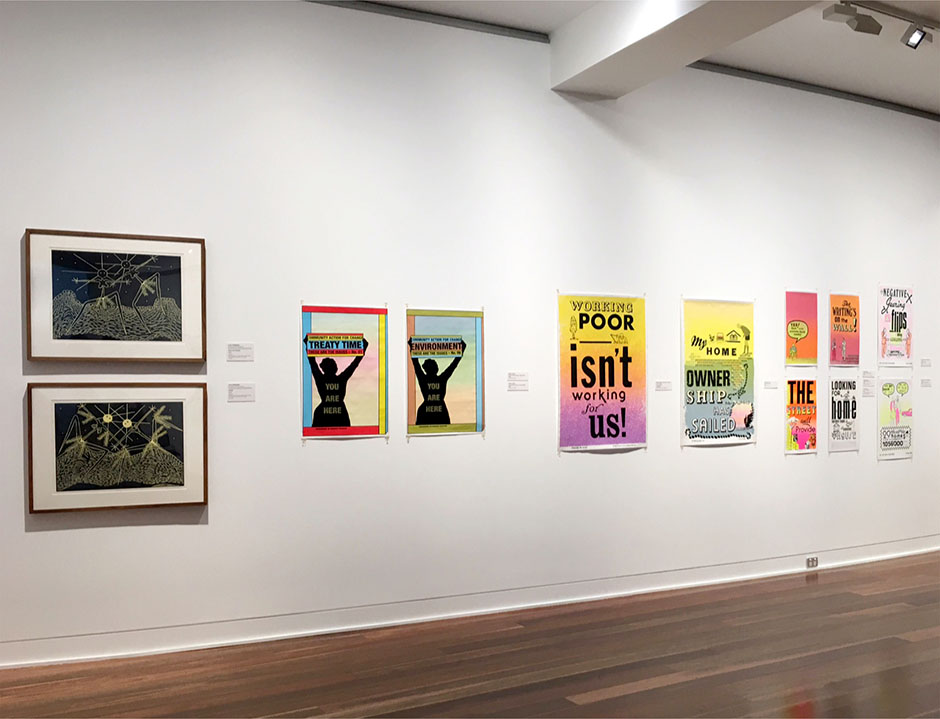 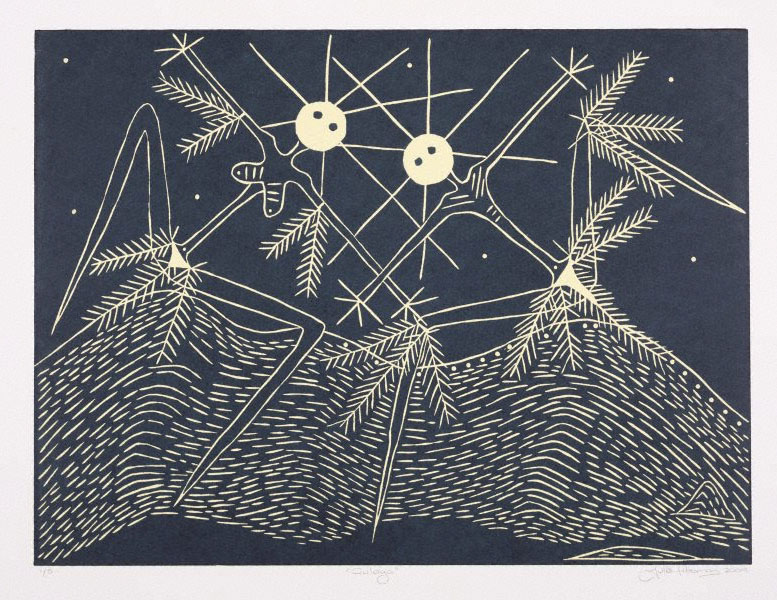 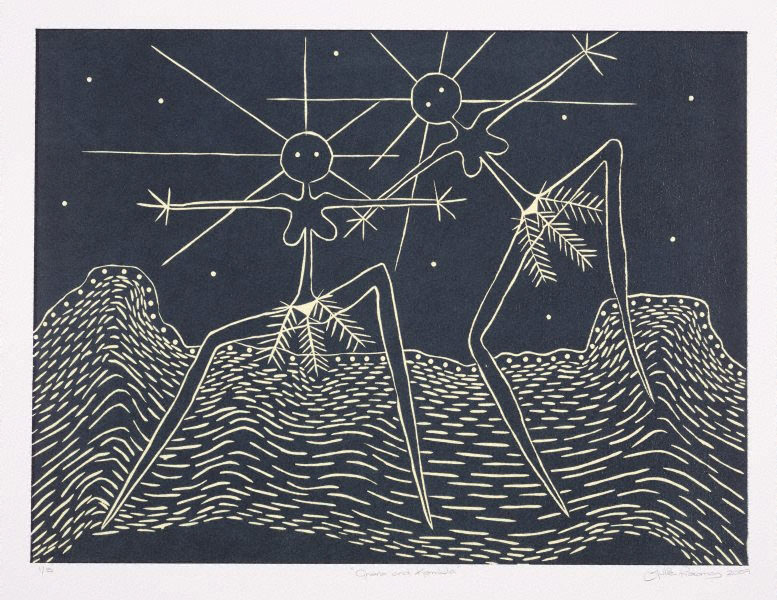 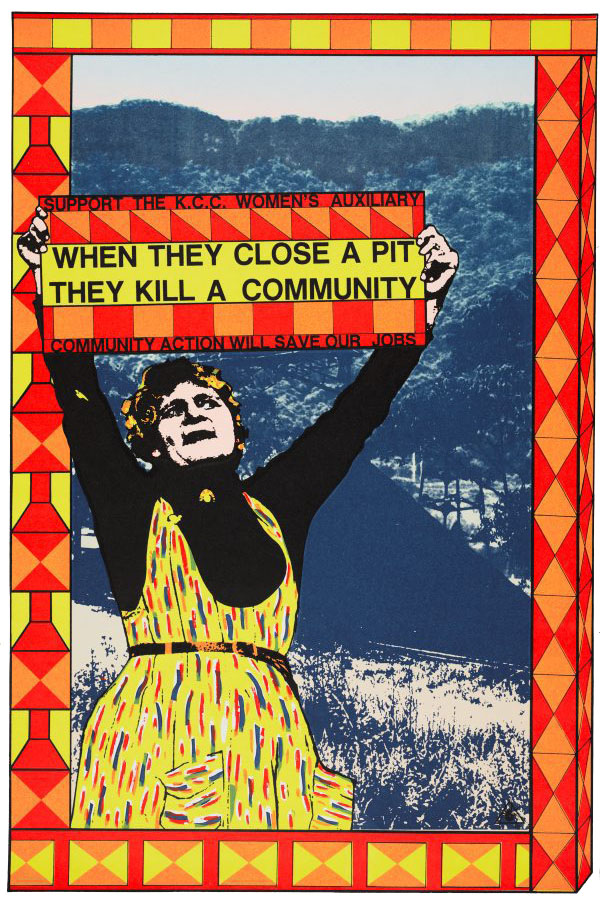 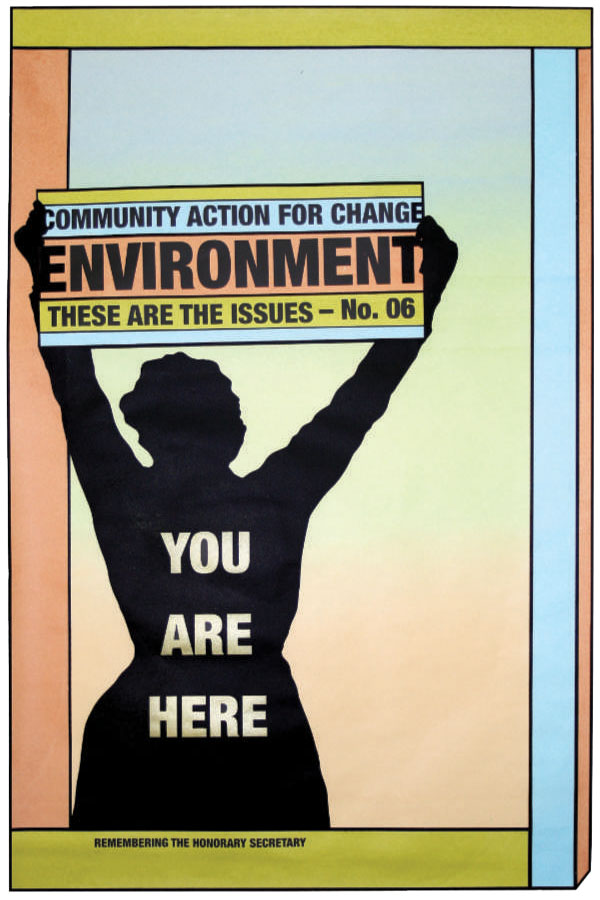 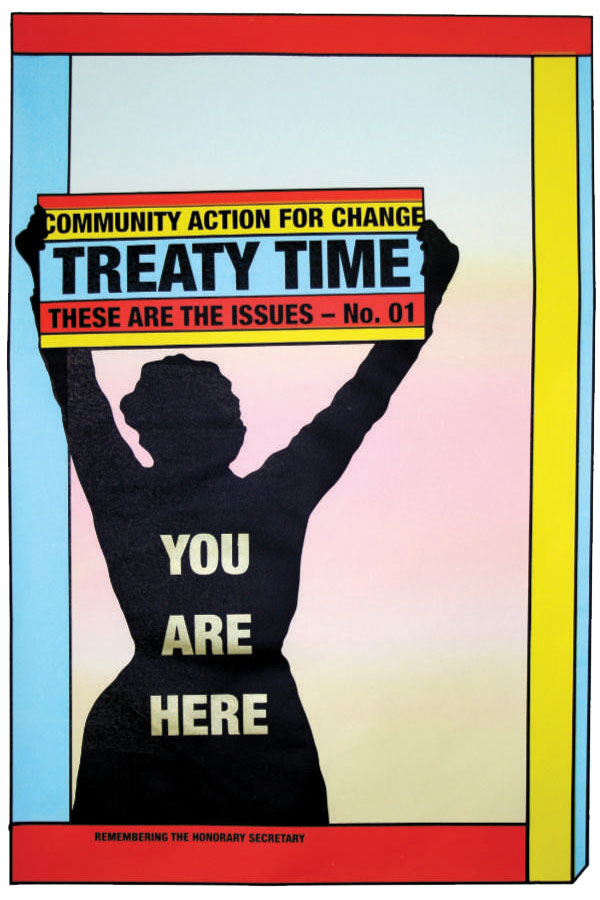 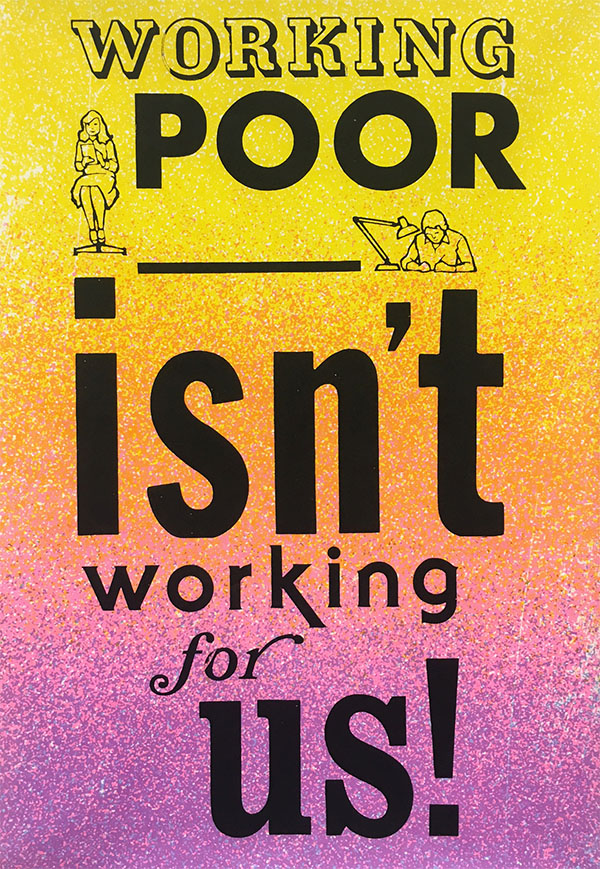 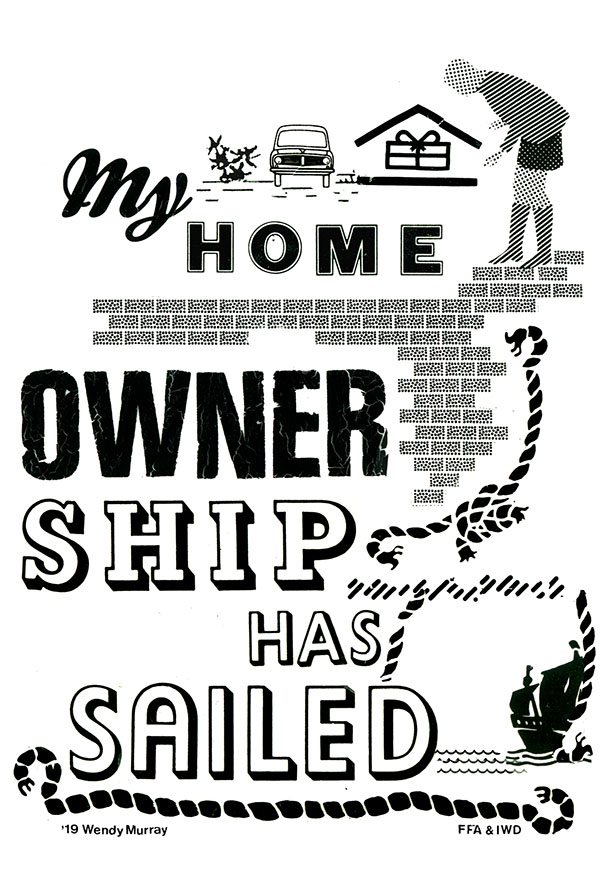 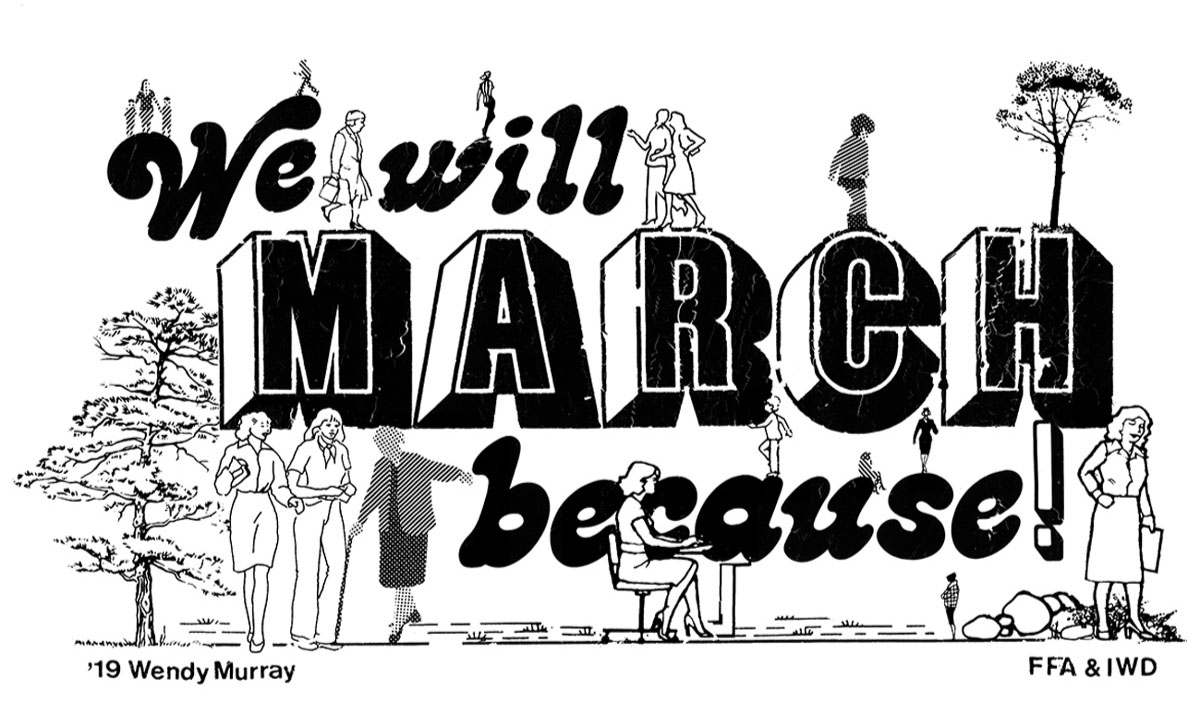 The Miners’ Women’s Auxiliary in Wollongong has a stellar history of activism and engagement with issues facing Australia, and indeed the world. The women, meeting every quarter, would draw up a series of resolutions that they would act upon by a variety of methods. One was to right and post their ‘resolution’ to the parties involved requesting clarification or change to policy and action. The women would protest in the streets holding aloft signs and placards and hold events and stalls to raise funds for striker’s families.

One ‘resolution’ that stood out to Alder when looking through the auxiliary archives, was the Women’s Auxiliary members supporting the Guringji people in 1966 during the Wave Hill walk-off. They lobbied the Australian Governor-General and the Administrator of the Northern Territory and raised money to assist the strikers. Another ‘resolution’ was sent, by telegram, to the President of France, demanding that the French government stop atomic testing in the pacific, in support of their pacific neighbours.

These new posters of Alder’s recall the campaigns of the past using the screen-print blends and tropes of the 1980’s. They celebrate the Miners’ Women’s Auxiliary who was determined to build a progressive and fairer society but more importantly they continue the women’s work as a clarion call for action on issues facing us all today. – AA

Wendy Murray contributes to the growing field of contemporary art practice that fights against the erosion of civic and human rights. In the poster Broke, inspired by the protest scene in Wollongong and the Jobs for Women Movement (see the film Radical Wollongong, by Art Resistance, 2016), the heroine valiantly waves a small flag: a heraldic gesture for rebellious times. These recent silkscreens use typeset and Letraset to address the influence of corporate concerns on public space: a process that has locked a generation out of housing and honed a language to sell this alienation. 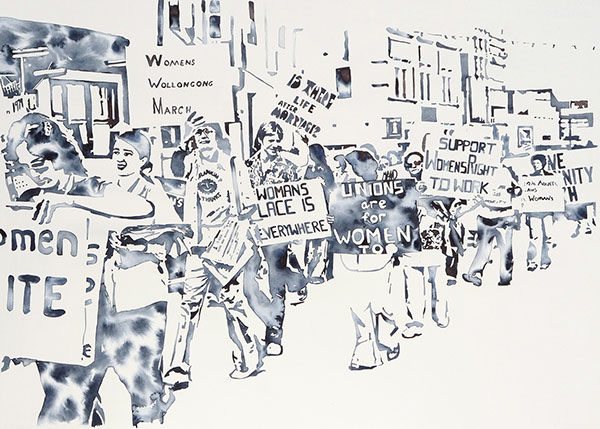 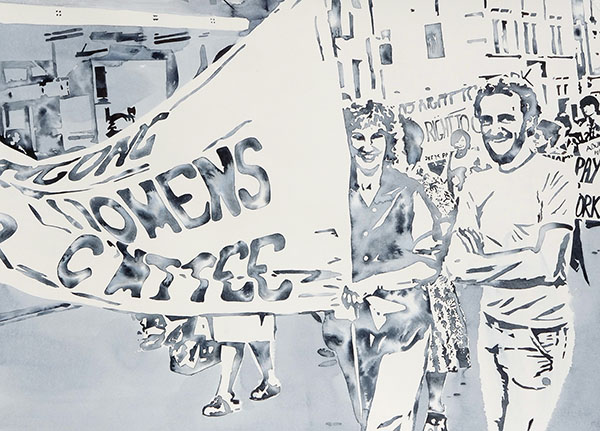 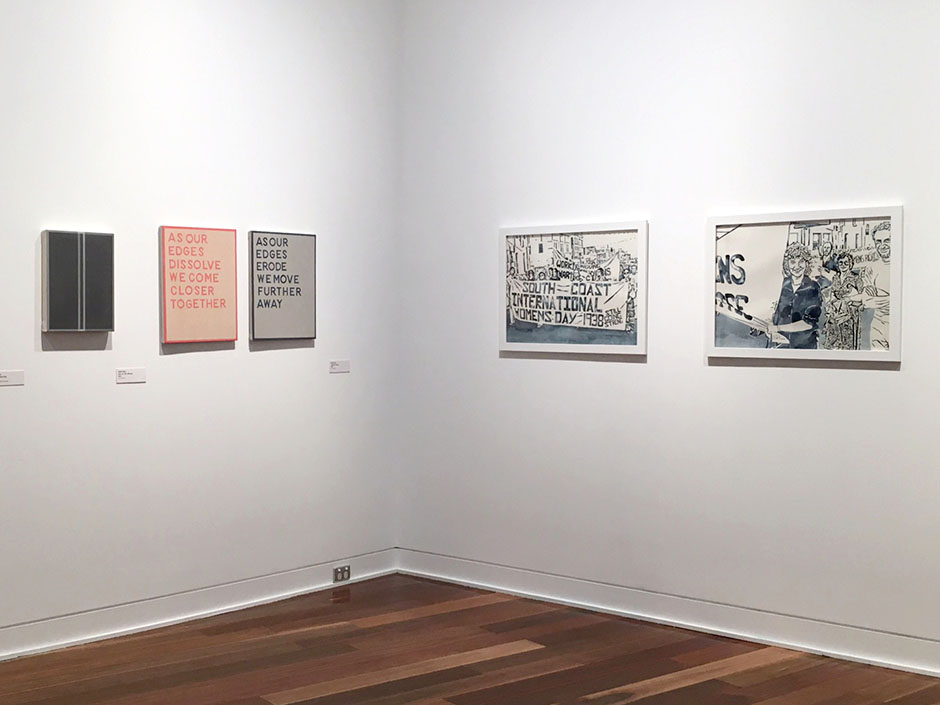 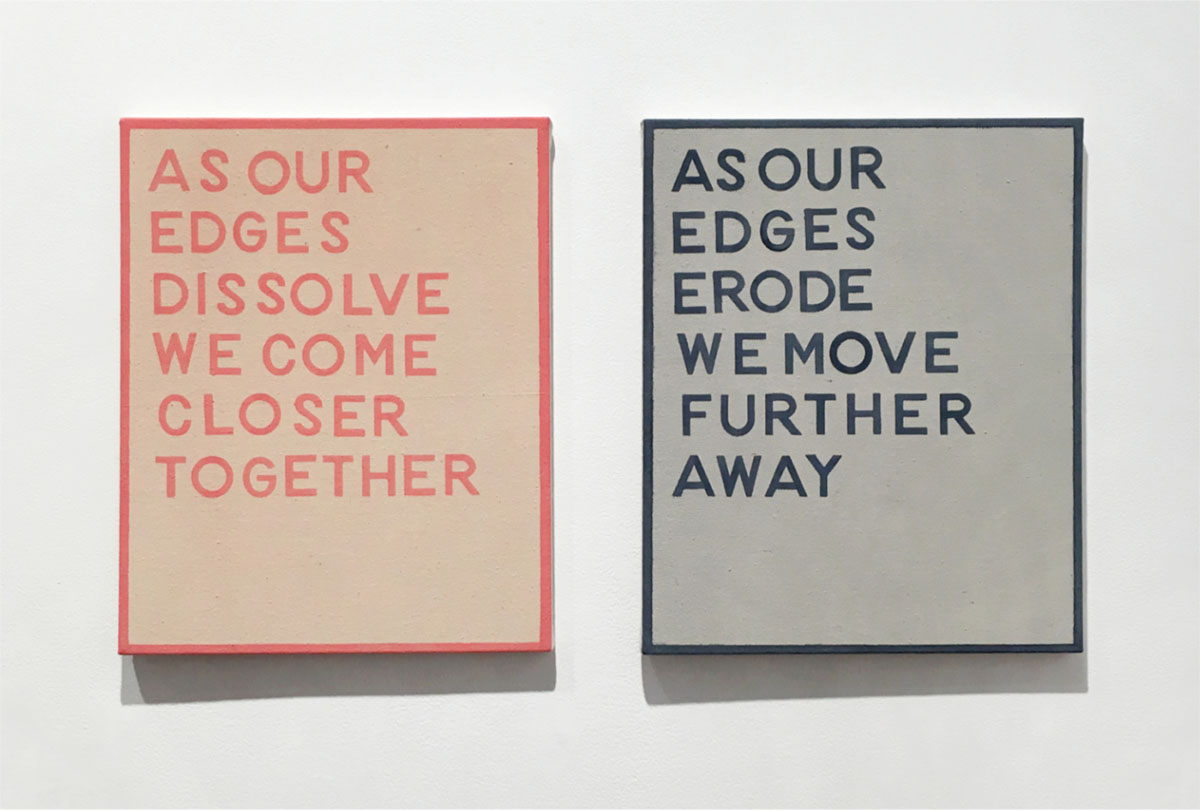 Belle Blau begins her work in writing: using poetics as the starting point for the creation of both music and paintings, language acting as source material to generate new avenues of abstraction. By allowing subjectivity and meaning to infiltrate the self-referential purity of formalism, she subverts the traditional outcomes of the genre: placing emphasis on the value of intuition and intersubjective experience over objective rationalism. Blau enacts a feminist expansion of the movement – allowing themes of intimacy, autonomy, power, social politics and love to sabotage a playing field once reserved exclusively for the impersonal.

Leafing through back copies of Illawarra Women’s Groups newsletters in the Local History archive of Wollongong City Libraries for images, information or leads about the first International Women’s Day March Wollongong, I found an article in She Waves (Feb/Mar issue 2004). This was a special IWD issue and it carried a photo of that first march in 1979. It was originally published in the Illawarra Mercury to illustrate a derisory article about the march by the columnist ‘Ichabod’. When googled, Ichabod turns out to be an Old Testament name meaning ‘no glory’. It was also used by Washington Irving for the main character in his short story ‘The Legend of Sleepy Hollow’ (1920). The photo was used twice by Ichabod, but there had been more negatives on the roll. Luck has it that the Illawarra Mercury photographic negative archive is held by Wollongong City Libraries–so soon I had the negatives to inspect and felt like I was standing on the footpath of Crown Street, watching the crowd of marchers heading down to the Rest Park. I was so pleased to see recorded the great mix of women and men of all ages, carrying banners and placards, handing out broadsheets along the way. A week after the second column by Ichibod appeared in the paper, the Mercury issued an apology and listed all the groups that had been derided for joining Wollongong’s first International Women’s Day March. – F.M. 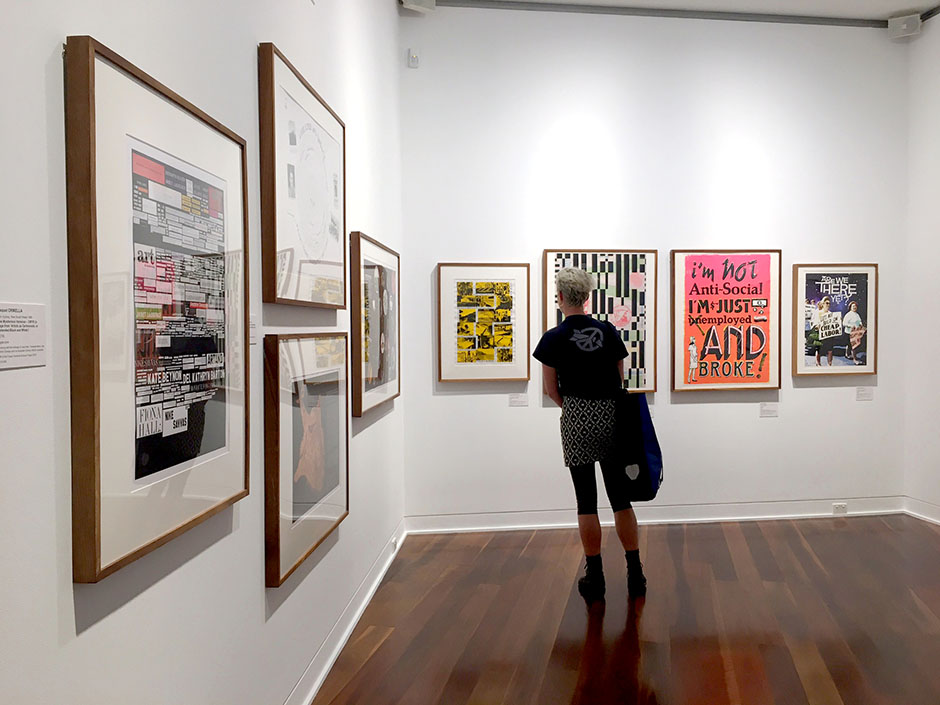 Published by The Cross Art Projects, 2016 to mark the 40th anniversary of International Women’s Year in association with the independent research group Contemporary Art and Feminism. The Future Feminist Archive Print Folio is archived with the participating archives, partners and artists as a gift. It references the work of Australian feminist print collectives from the 1970s and 1980s. 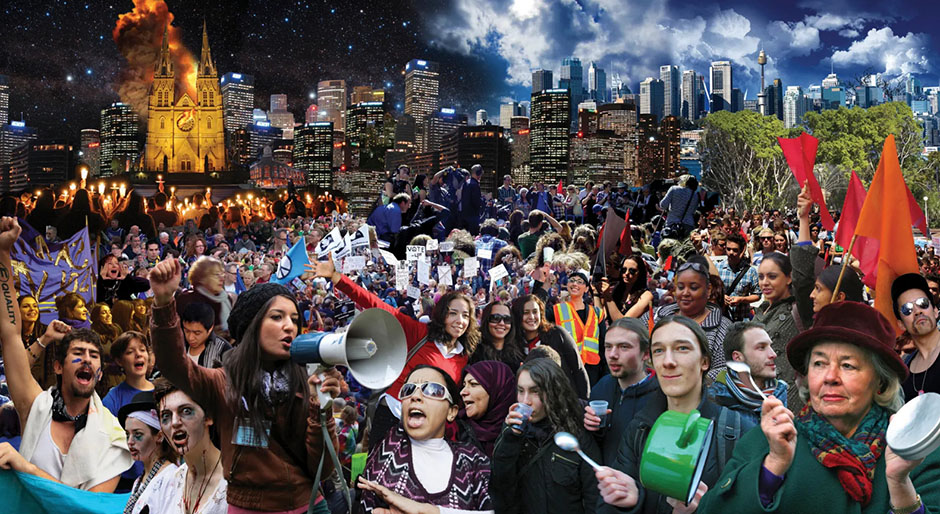 Deborah Kelly revives modern, anti-fascist montage traditions for her contemporary art actions. The banner My Sydney Summer began during a residency at Gallery Nova in Zagreb (curated by WHW, ‘What How and for Whom’, a feminist curatorial collective), during the time of Occupy Flower Square. Other components in the montage Occupy Sydney, Mardi Gras, the artist’s friends and a homage (also in the title) to Marie McMahon’s 1978 screenprint Keep Warm This Winter.

The Femme Fatales,  A performance and film made for IWD anniversary celebrations 2019 at Wollongong Art Gallery. 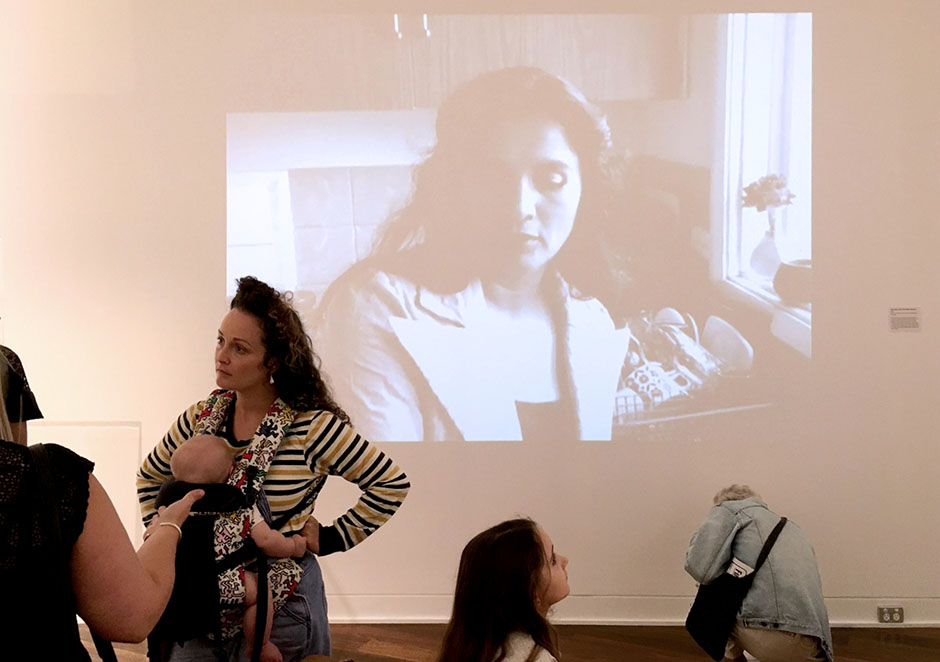 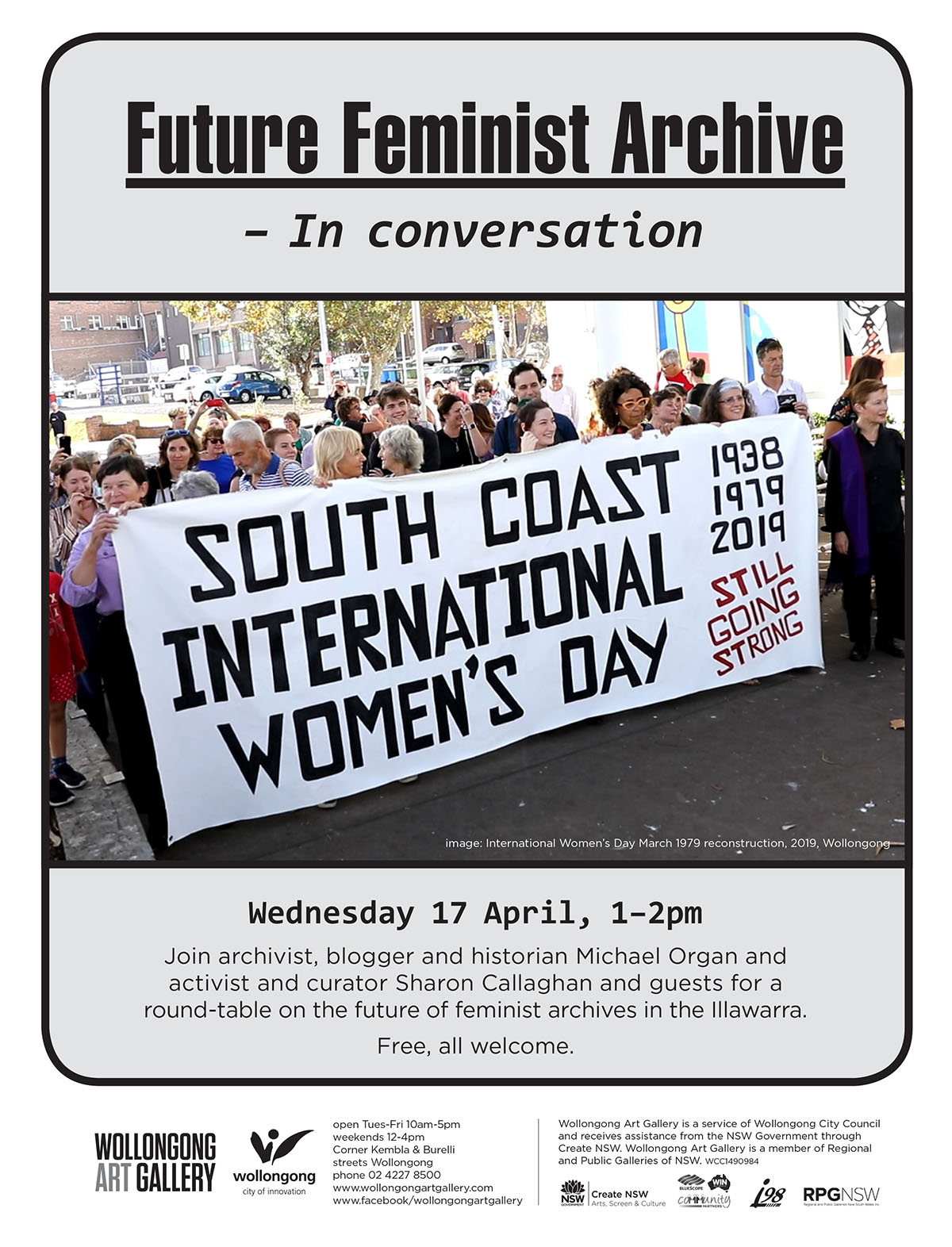 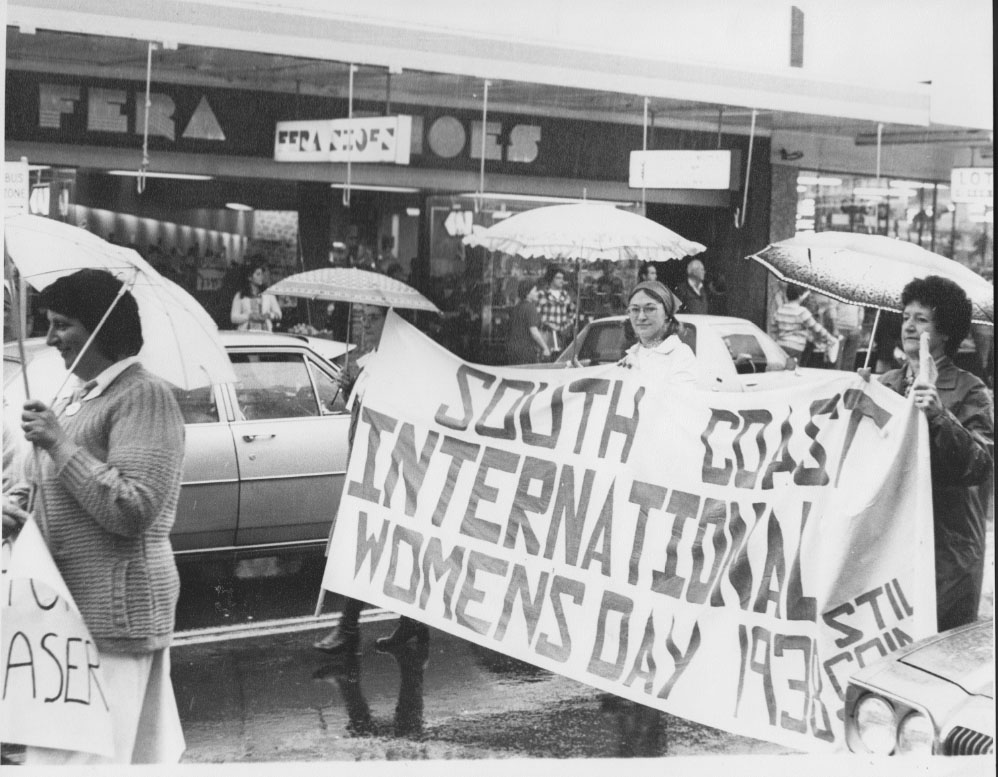 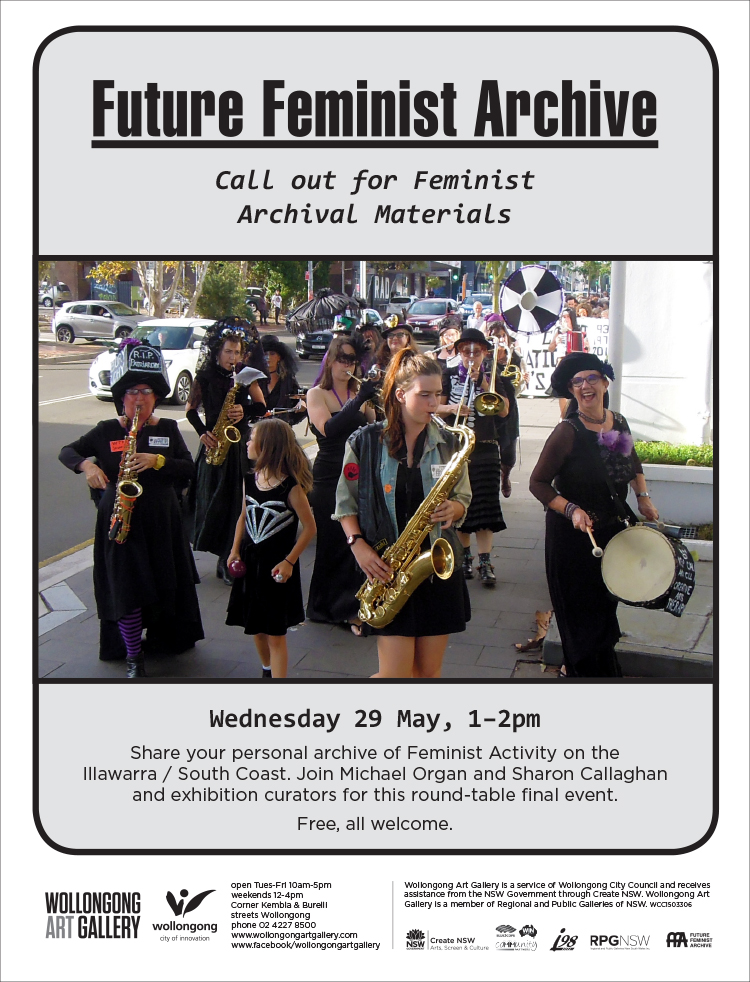 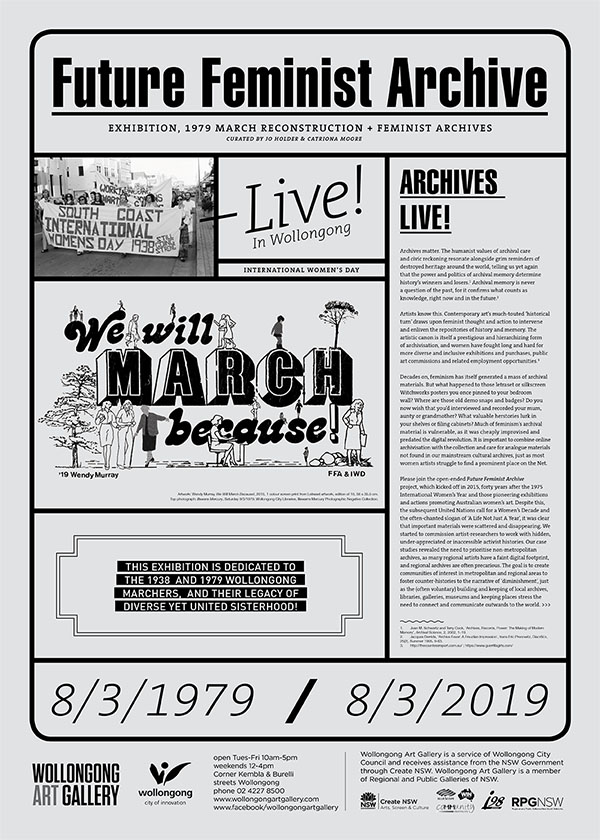 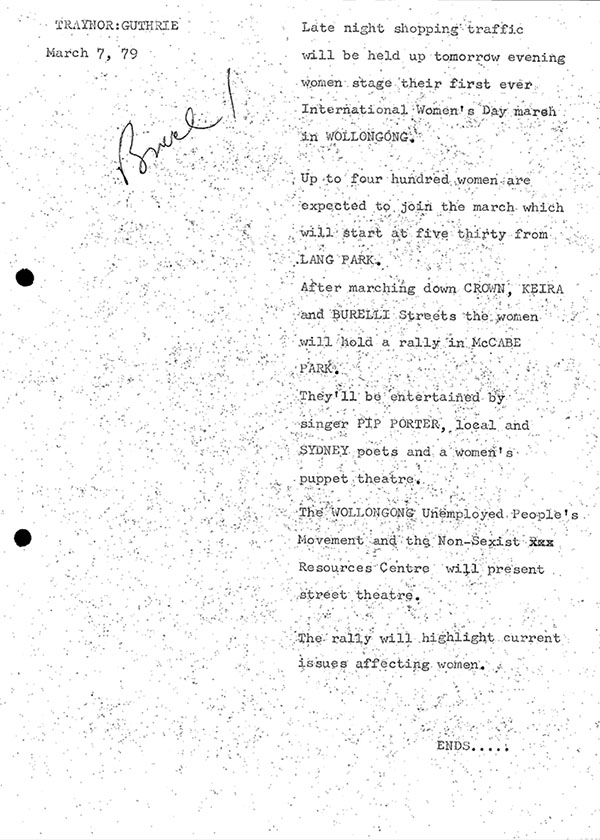 ‘We Are Marching Because’, poem written and performed by Kirli Saunders, Future Feminist Archive: Live! In Wollongong, 2019

‘A Woman is Not a Body’, poem written and performed by Isabella Luna, Future Feminist Archive: Live! In Wollongong, 2019