In the battle to save Sydney’s soul Wendy Murray’s posters act as field markers of the often invisible edges of the privatisation of public life: displacement, exclusion and homogeneity. She contributes to the growing field of contemporary art practice that fights against the erosion of civil and human rights — actions that Istanbul Biennial curator Hanru Hou called ‘Not Only Possible, But Also Necessary: Optimism in the Age of Global War’ (2007). The exhibition’s stark signature print Sydney — We Need to Talk! says it all: people move up and down a fragile network of staircases threatened by a Jurassic background of building cranes.

In 2018 Murray was inaugural Printer in Residence at Fisher Library, University of Sydney, an eight-week residency where she published Sydney We Need to Talk! (a 56 page collection of short interventions and 8 collaborative essays about the politics of urbanisation with activist staff) and began the works now on exhibition.

The paradox of public spaces is that they are now the 'wrong places' (Doherty, 2015) as they lie beyond the narrative structure and prompts of capital. The first world city works to eliminate wrong places — the places where we can relax, look at trees and gardens, meet and gather. The focus is on activating’ our sense of consumer-self, reflecting back a picture of a non-threatening, grounded identity — a world of shopping malls and official public and entertainment precincts with mirrored walls where reflections can be admired.

A language to sell alienation has been honed. 'Activating' means enclosing large areas of grand public spaces like Sydney Botanic Gardens, the Domain, Centennial Park and harbour foreshores. Fencing them off for temporary commercial events is called 'monetising public space'. In November 2017 former prime minister Paul Keating confronted the activist band Midnight Oil over their concert in the Domain which fenced off a large area for 16 days, profiting from Sydney’s central piece of public land. Beside Centennial Park — part of an almost 200 year old public reserve — a board of well-connected men have appoval to spend $2.2 billion knocking down and re-building 20 year-old Sydney Stadiums. Next door on the site of the former Agricultural Showgrounds (now an Entertainment Quarter) developers are planning residential towers.

To tell the story of growing social and economic imbalances Murray deploys the simple tools of the itinerant artist: hand-cut stencils or seriography and craft skills of Letraset and typography. Arcane and obsolete but when applied to complex issues Murray's dramatically graphic works command attention. Her 'Daily Drawings' focus on the slow consolidations that transform heritage areas — along the Kings Cross / Darlinghurst ridge and Woolloomooloo Bay for example — into development sites. These inner-city main streets form networks whose dense mosaics contain the last pockets of affordable housing and public housing. Sydney is a closed kingdom of fast-track deals and ‘state secret’ building and re-building. Only the roar of bulldozers or dumpster trucks at 4am alerts residents and small business.

Wendy Murray's Equality poster set (4 works, 2017) made with urban geographer Kurt Iveson pays homage to Australia’s long-running civil rights and Green Ban movements and Australia’s tradition of collective poster-making and citizen action. ‘Never give up’ says the heroine of another work. The list of re/developments is as long as the Green Bans sites over 4 decades ago (there were about 54): on the city’s Westside  there is Darling Harbour, Sydney Fish Markets and the Powerhouse Museum and its collection of a world-renowned Museum of Applied Arts and Sciences is being relocated to sell the land to developers.

Other crimes against the environment include: changing Crown land ownership to make it easier to sell off, not protect; ripping up more than 100 historic fig trees along Anzac Parade;cutting down 800 trees for the Sydney's useless Light Rail and wanting to put a new motorway through the Royal National Park. This week NSW Premier Gladys Berejiklian announced the creation of a Minister for Public Spaces. In Sydney no blade of grass or park is safe. The sacred water of our might Murray-Darling River system too is condemned by greed .

Artists, filmmakers and  writers have always documented the extent and effects of ‘temporary enclosures’ and brutal displacements of populations such as residents of Millers Point and Sirius in the Rocks and Redfern-Waterloo in the South with Woolloomooloo now in the gun. Parody and humour, discrete interventions in the margins of public spaces with posters and dodgers, heart-wrenching films, might not save the day but they witness injustice and the cynicism of developers arguing for ‘public good’ or politicians wringing their hands. 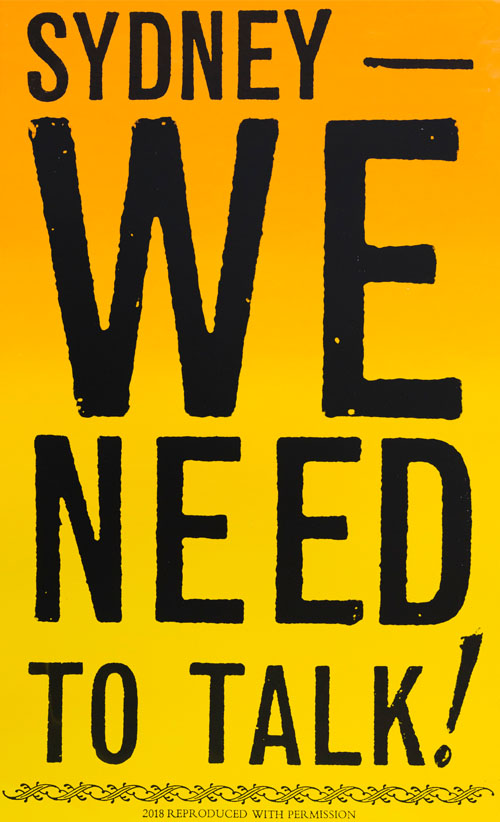 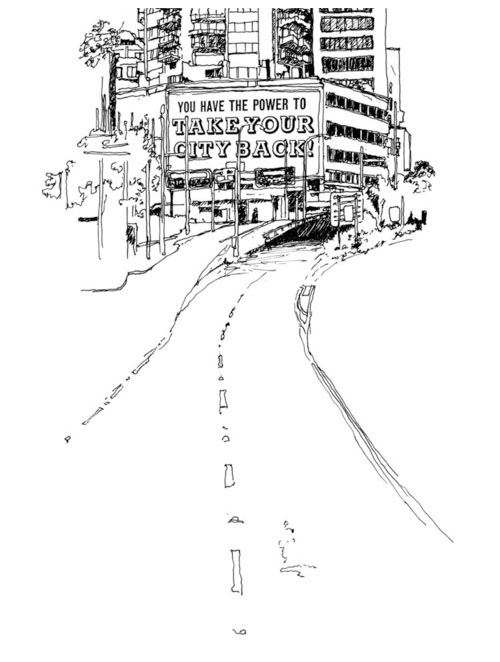 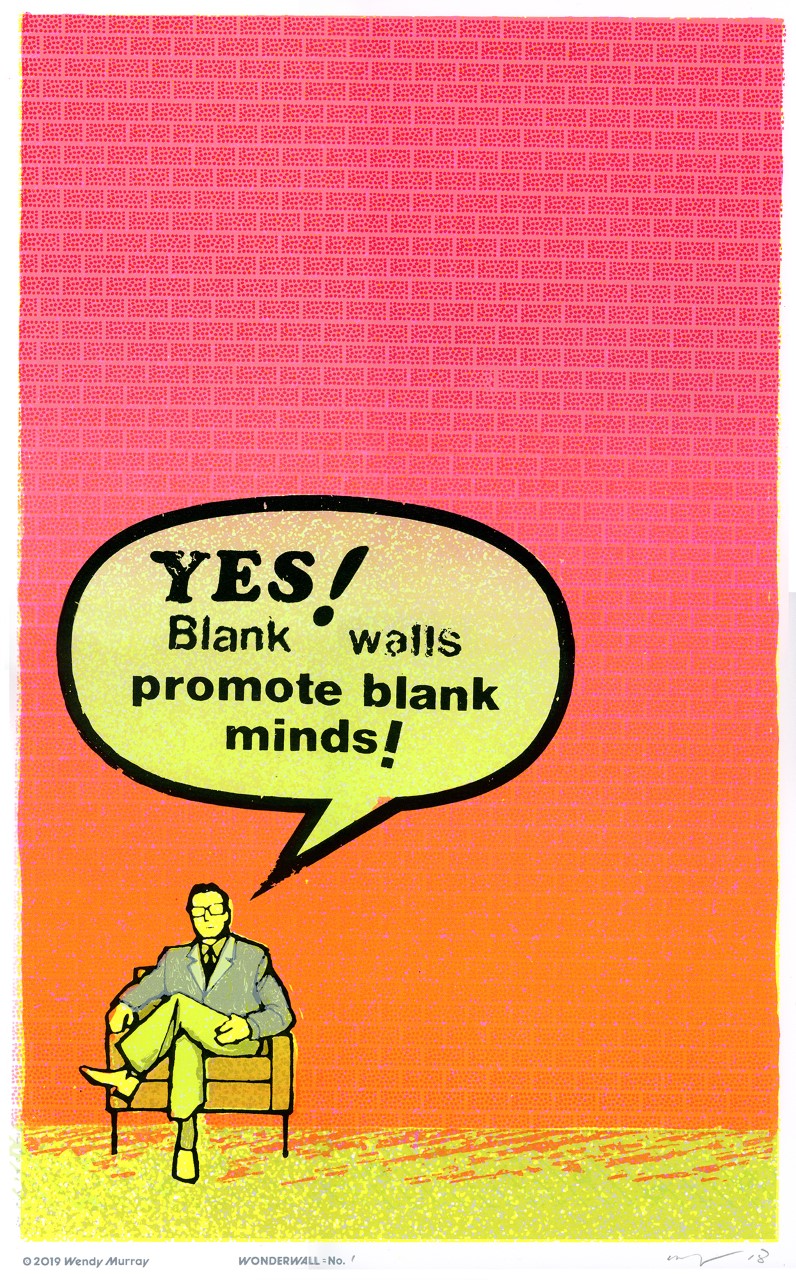 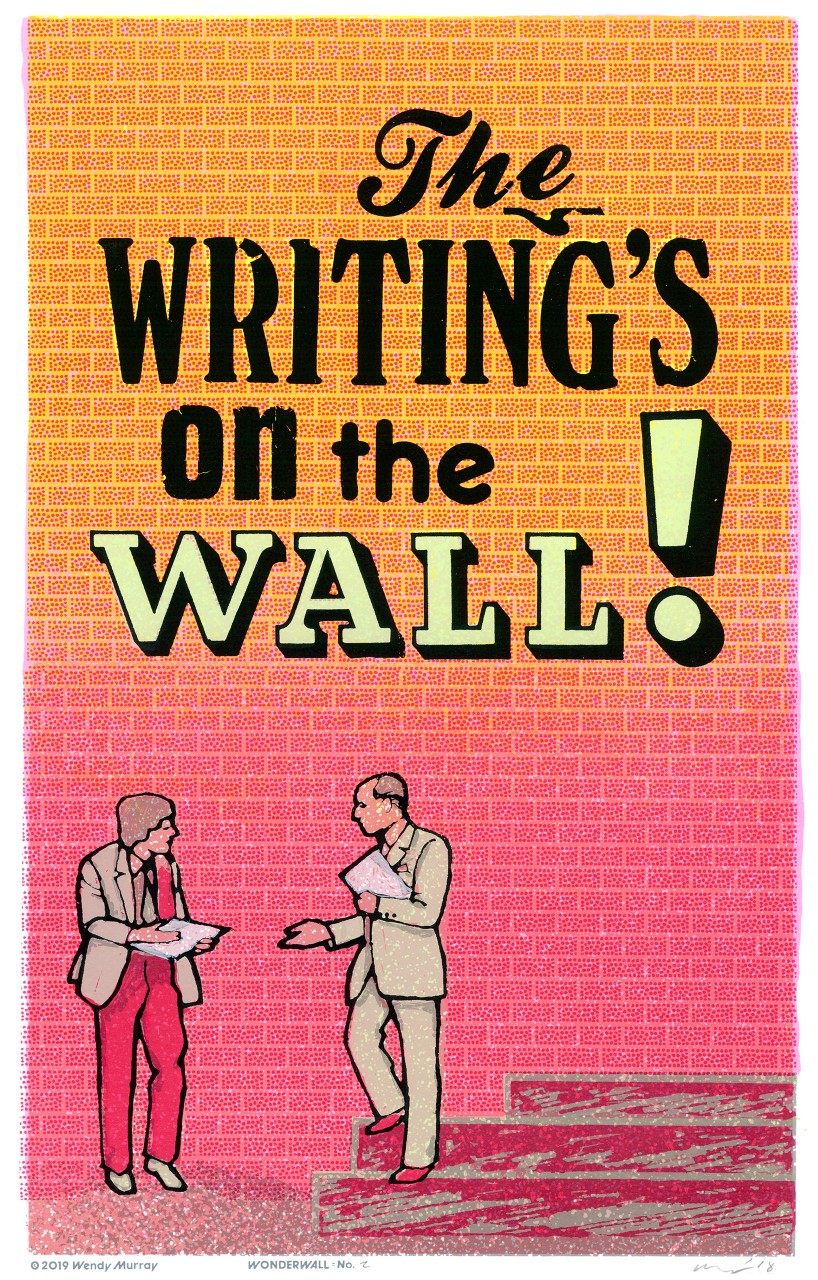 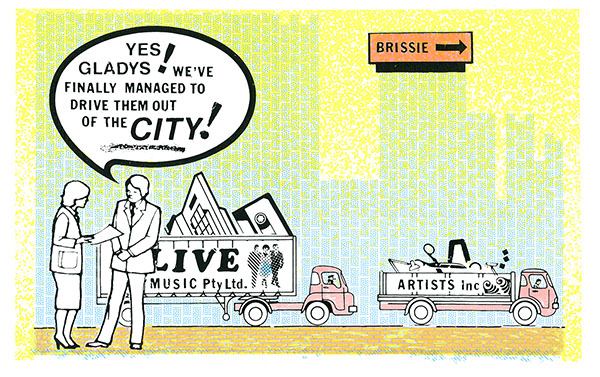 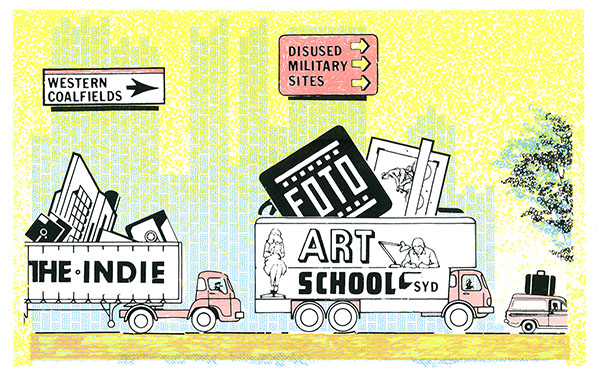 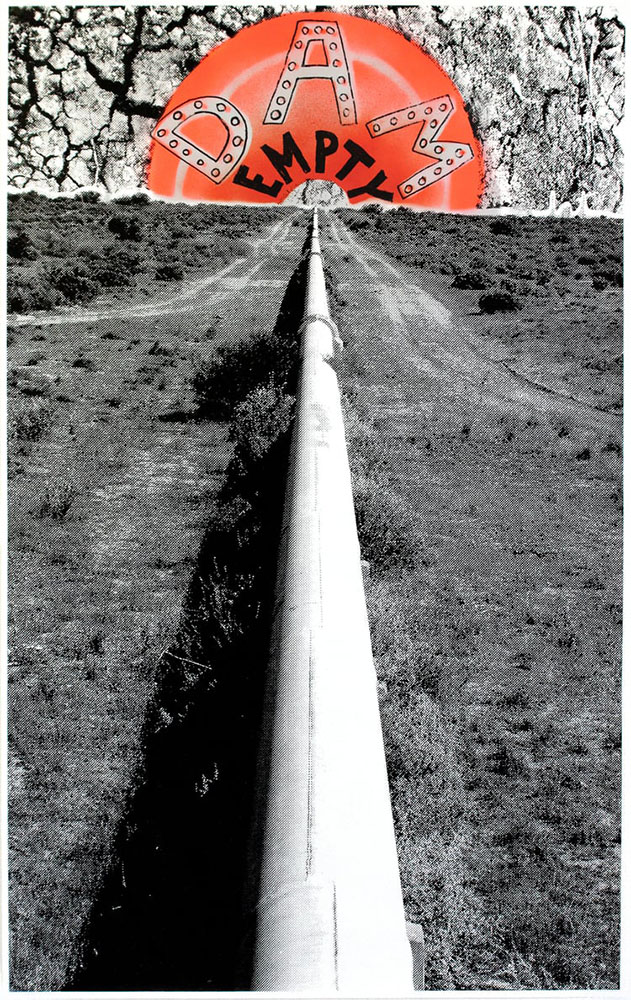 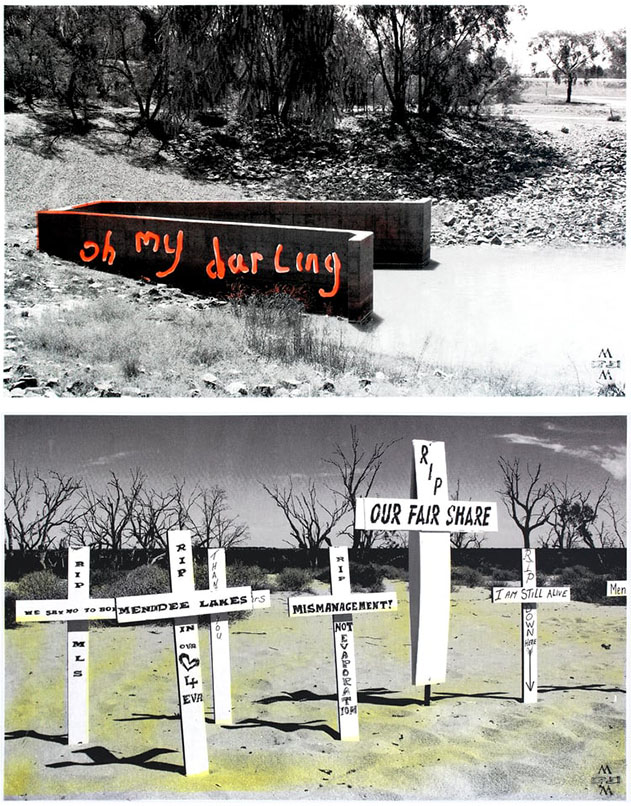 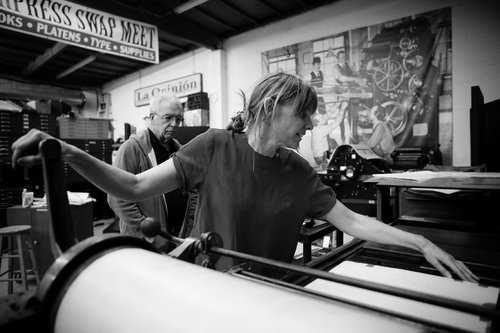 Wendy J. Murray (b. New Zealand) is a Sydney-based artist and arts educator and has participated in many socially engaged public art projects and residencies. Murray received her BDes at Massey University (NZ) and her MFA at National Art School (AUS).

In 2018 Murray was inaugural Printer in Residence at Fisher Library, University of Sydney, an eight-week residency where she published Sydney We Need to Talk! (a 56 page collection of short interventions and 8 collaborative essays about the politics of urbanisation with activist staff) and began the works now on exhibition.

Murray has presented at numerous events including Picturing Politics (2016) at the Australian National University, 7th National Print Symposium, National Gallery of Australia and IMPACT7 International Print Conference. Her previous exhibition at The Cross Art Projects (1917) was developed in association with the Center for the Study of Political Graphics (CSPG) in California. See www.politicalgraphics.org/

Murray has won several grants that recognise her socially engaged approach including the 2014 Hobsons Bay Mayoral Fund (for a project for at risk youth), Australian Print Council 2014 commission print award and Copyright Agency Career Fund to travel to Minnesota to undertake two specialized programs with two commercial screen print studios. Her project ‘Behind this smile’ was a shortlisted finalist for the 2015 ’Racism It Stops With Me’ Human Rights Award. In 2016 she received a grant from the City of St Paul to support an international residency at Hamilton Ink Spot, Minnesota USA. In 2017 Wendy completed a research residency at the Centre for the Study of Political Graphics in Los Angeles and has co-curated the 2018 Casual Powerhouse exhibition ‘Fresh Blood: Redback Graphix and its Aftermath’ with Dr Stuart Bailey.

Murray has lectured at Sydney College of the Arts and National Art School. She also undertakes community workshops to establish crossovers and new relationships between community and institutions: for example the Mesh Mash outreach program in western Melbourne and residencies at the Lake Macquarie City Gallery and The Art Vault. Her curatorial projects include: MAY’S Lane Street Art project (co-ordinator 2008-2012). 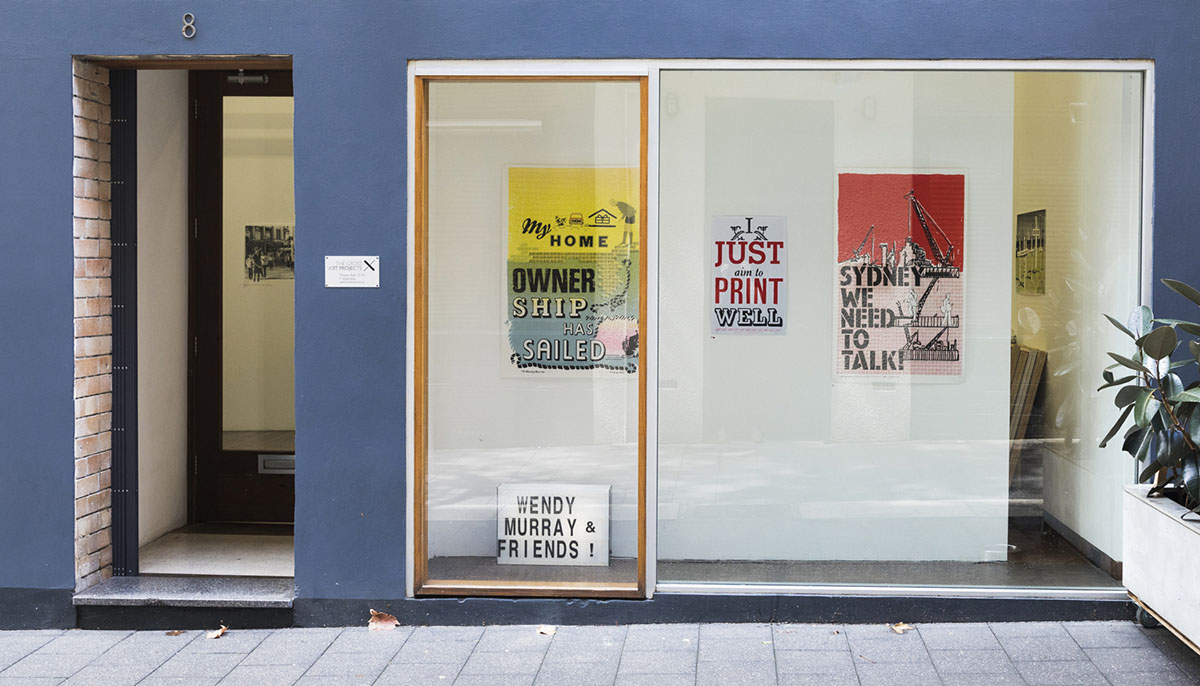 Sydney – We Need to Talk! Wendy Murray + Friends at The Cross Art Projects, 2019 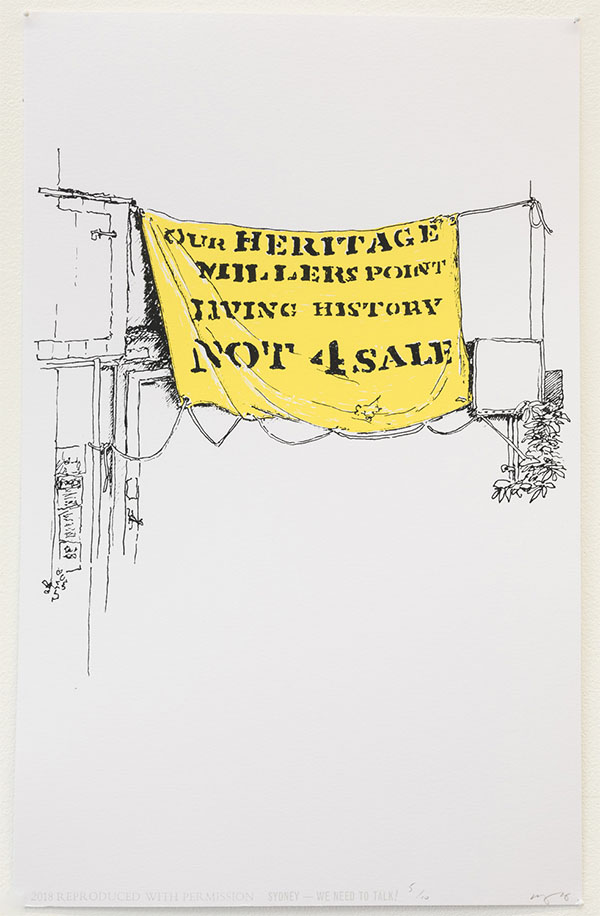 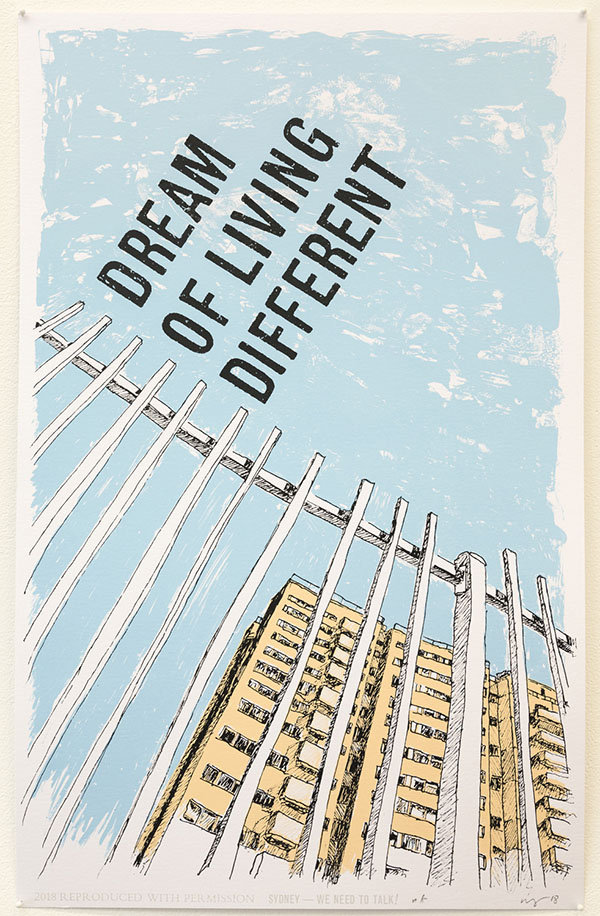 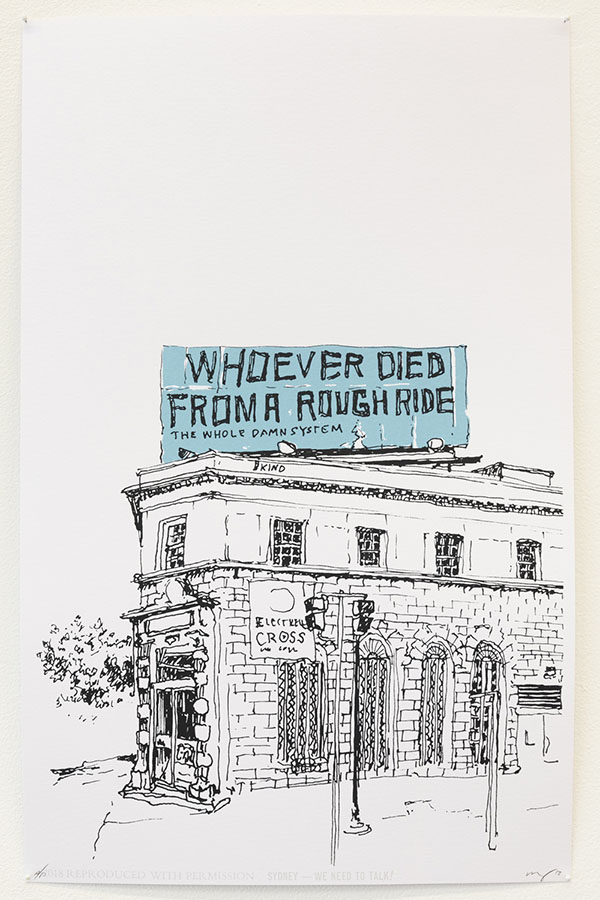 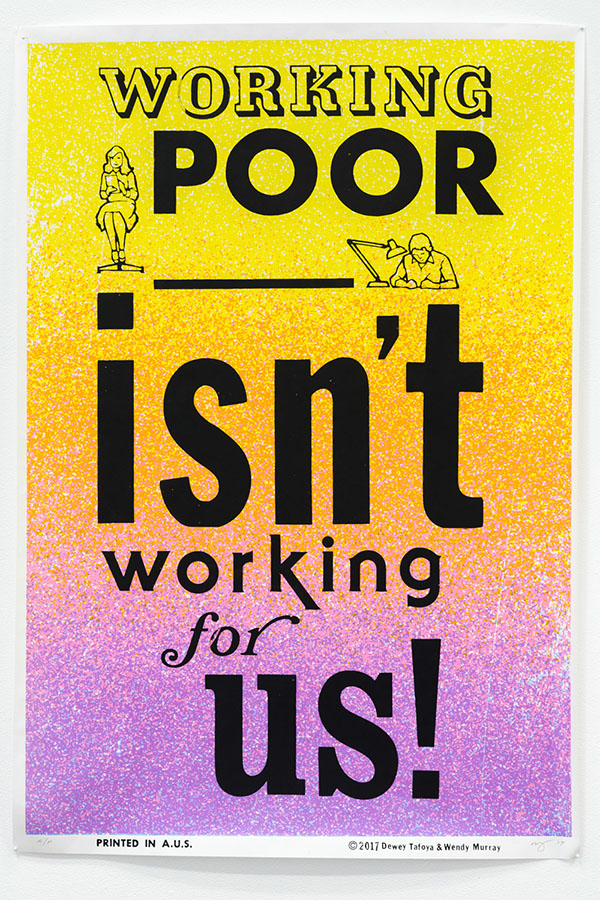 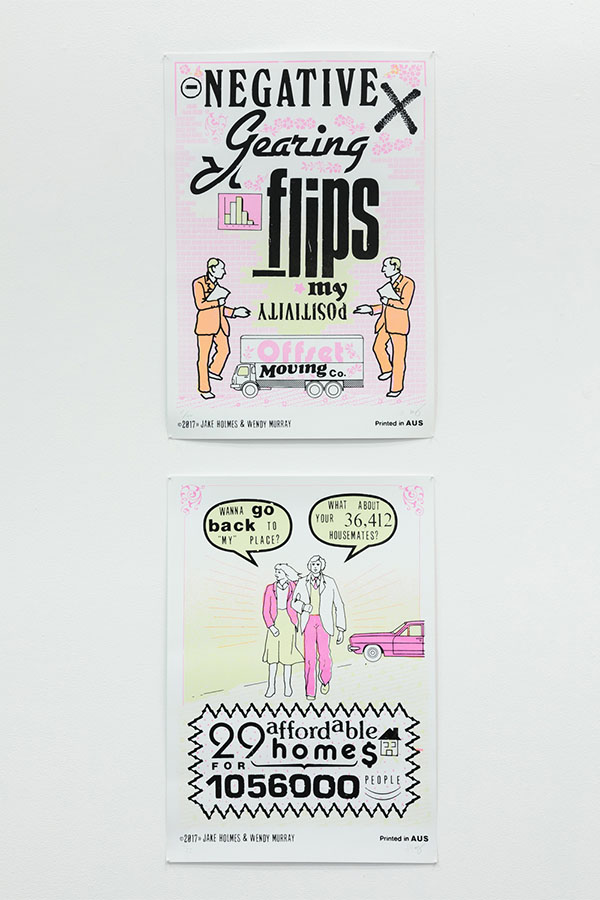 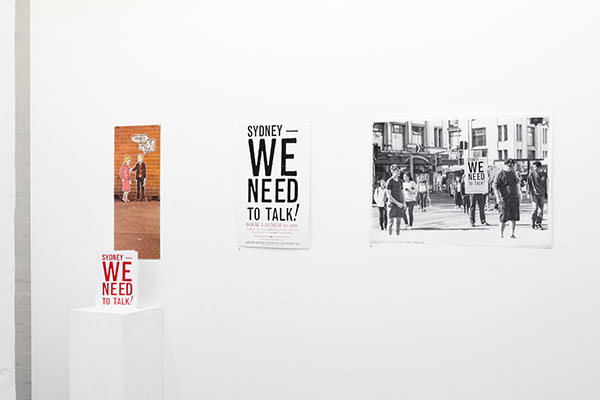 Sydney – We Need to Talk! Publication. In Situ. 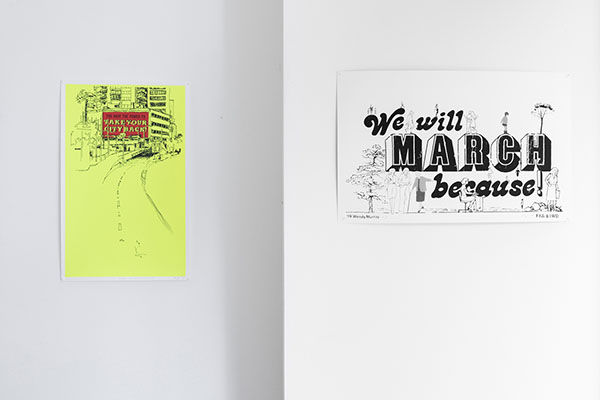 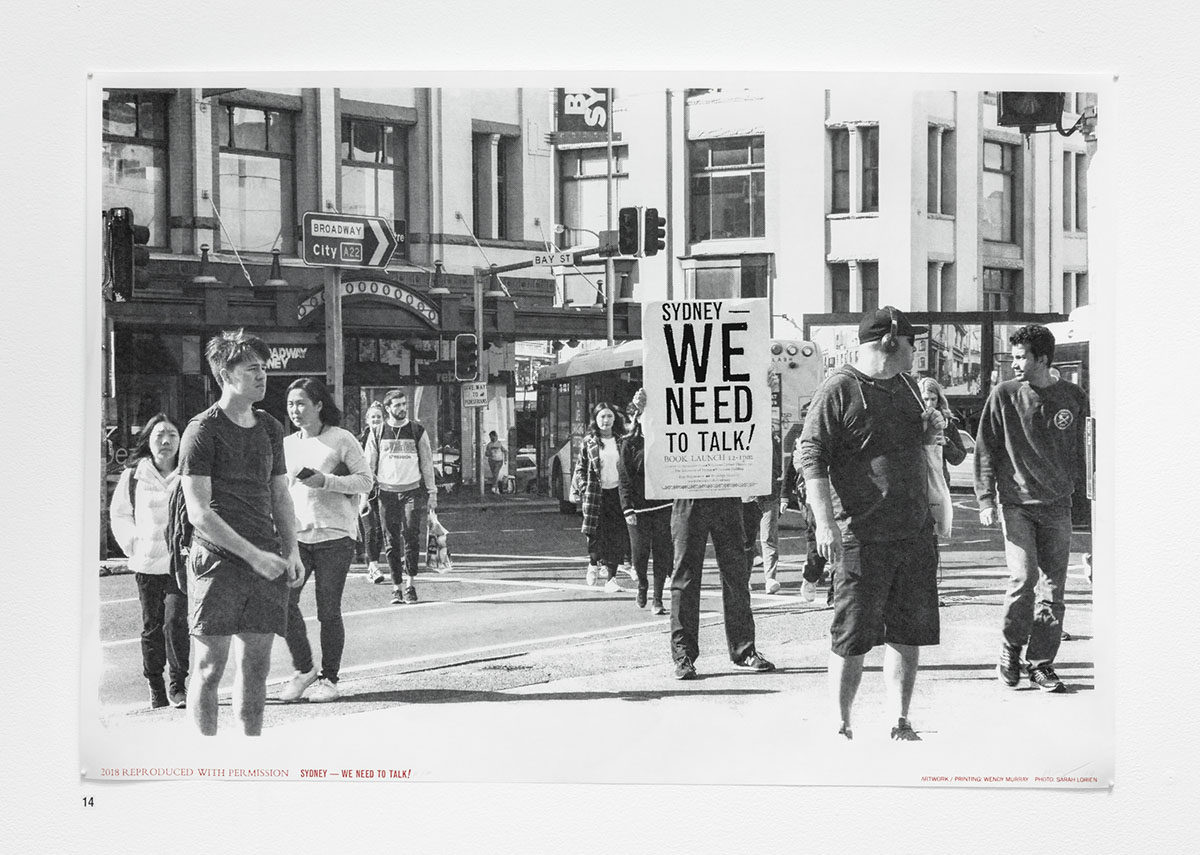 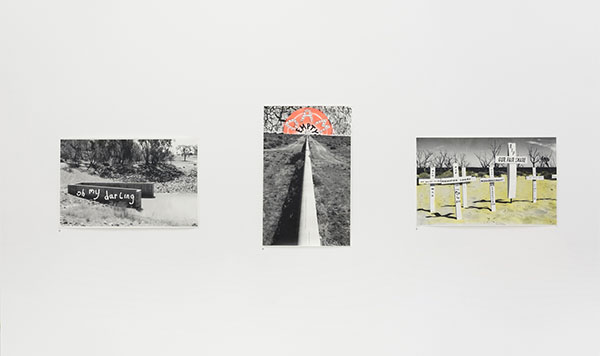 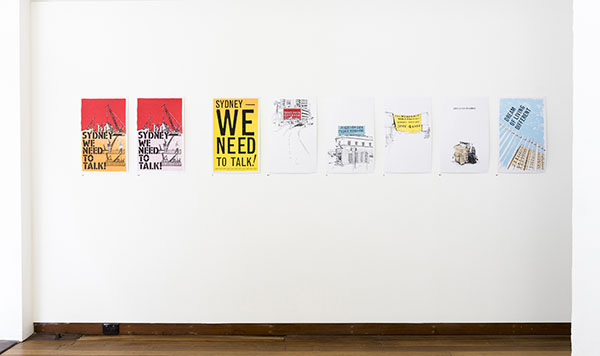 Cities and Citizenship by Kurt Iveson. At http://citiesandcitizenship.blogspot.com.au/

Sydney – We Need to Talk!, 2018. limited edition publication, published by Wendy Murray and collaborators whilst PIR at the University of Sydney Library, 20 July - 21 September 2018. Sold out. Click to download the full PDF here.

Wendy Murray, Sydney We Need to Talk, 2019 > Download as pdf

Feminae, Typographic Voices of Women, by Women and exhibition / catalogue, Hoffmitz Milken Centre for Typography and Centre for the Study of Political Graphics, at HMCT South Campus Gallery, Pasedena, California.