The exhibition Art of Memory, Fish and Crabs juxtaposes two epic series of artwork by Jacqueline Gribbin and Galuma Maymuru in order to set up a threshold where art, science and Indigenous Law overlap. Jacqueline Gribbin's research project 'Dear Gilbert,…. ' (Song for the Ichthyologist) and Galuma Maymuru's, powerful Soldier Crabs or Muthimuthi paintings on bark or sculptural larrakitj, speak of our relationship to land and water through the conceptual interactions of science, Law and myth.

While their seascapes acknowledge evolving environmental factors and threats to the intricate and interconnected marine world through the conceptual lens of science and myth, Jacqueline Gribbin works from rural outer Darwin and Galuma Maymuru from her homeland in remote east Arnhem Land in Australia's Northern Territory.

Jacqueline Gribbin’s epic project 'Dear Gilbert,…. ' (Song for the Ichthyologist), revives a collection of forgotten relief blocks used for letterpress printing and created from scientific drawings by Ichthyologist and Curator of Fishes, Gilbert Percy Whitley, who worked at the Australian Museum (1922-1964). Gribbin first came across several hundred of Gilbert Whitley's blocks at the Museum and Art Gallery of the Northern Territory, where they had been left in storage, and thus began a journey of research and exploration into the world of ichthyology and Gilbert Whitley himself.

Delving deeply into Whitley’s archives, Gribbin found a man who was highly dedicated and prolific in his ichthyologic work, producing over 550 papers and several books. But it was also Whitley’s watercolour sketches and scientific ink drawings as well as his humorous lunchtime doodles that caught her eye. Gribbin slowly surrounded herself with sea creatures, fishes, algae and marine and river ecosystems. She began the process of identifying soles, flounders, pipefishes and sharks, and entered epipelagic and mesopelagic zones.

Through the processes of etching and water-based woodblock printing, Gribbin has created a series of imagined seascapes, which meld with Whitley’s forensic and scientific images to form a contemporary artistic response. Jacqueline Gribbin’s work is formed from the environment and nature. To work with a marine based theme was a new and unknown environment.

Gribbin says: 'Although Whitley was an ichthyologist and a scientist, it is his character and little anecdotes which permeate through his books and my work. He loved doodling and sketching, and I think it is this aspect of his character which has allowed me to approach the creation of the works without feeling constrained to produce a literal response to the marine world.' 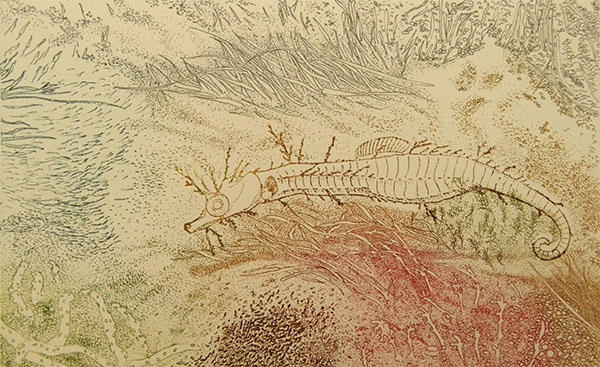 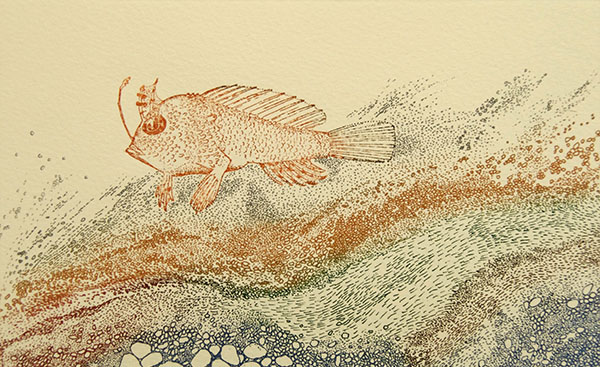 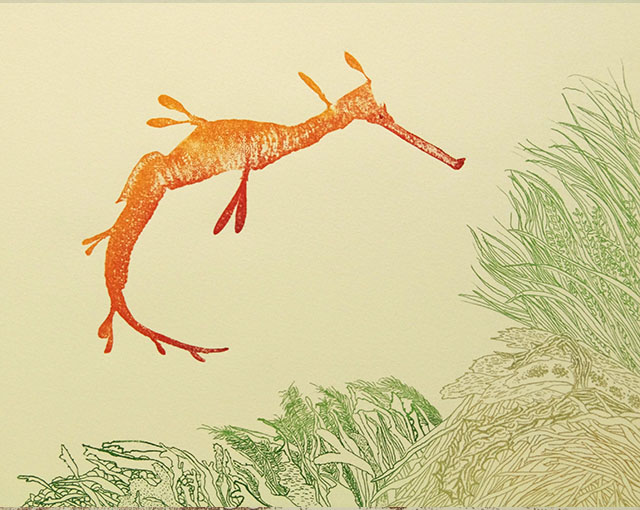 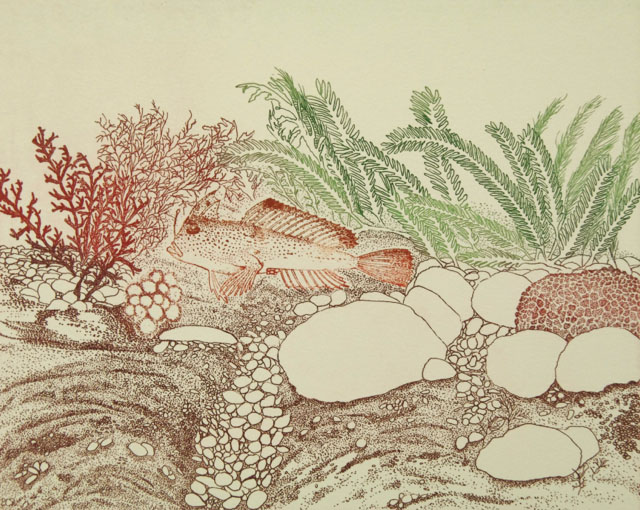 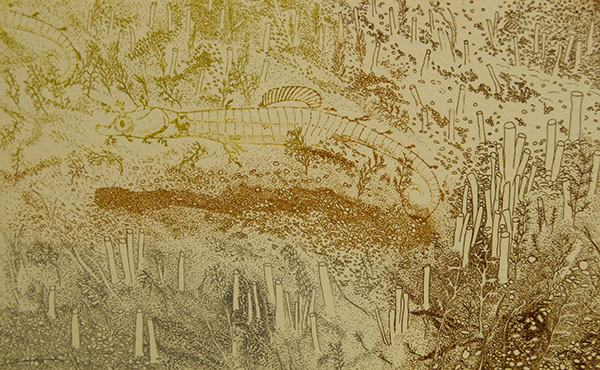 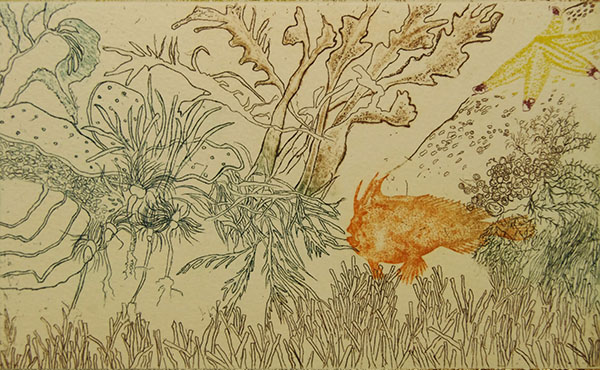 Galuma Maymuru’s paintings of the waters, fish and soldier crabs or Muthimuthi that comprise the seascapes of Djarrakpi are epic with a mythological dimension. The artist's sombre palette of white ochre on a brown or black ground, painted on bark or larrakitj (the sculptural hollow stringybark pole), depicts the rhythmic movements of the crabs to highlight the transformative power of the natural world. The totemic soldier crabs cleanse the bones of body tissue and so remove dangerous spirits held within, converting the physical to the spiritual.

Galuma Maymuru is the daughter of Narritjin Maymuru and one of the first generation of Yolngu women to become a major artist using sacred clan designs. She is a great advocate of the Homelands movement. The exhibition therefore includes her classic works with figures appearing and disappearing into a background pattern of clan designs or miny’tji for the sandscapes and her more recent dramatically abstracted works depicting rhythmic fields of crabs that mimic the moving surface of the rivers, sand and sea.

For over four decades Galuma Maymuru has lived and worked from the homeland centres of Yilpara or at Dhuruputjpi close to her own Mangalili clan lands at the base of Cape Shield on the northern perimeter of Blue Mud Bay. This Maŋgalili country is also site of one of the ancestral ceremonial/burial grounds called the Yiŋapuŋapu, a low relief sand sculpture designed to hold the body during mortuary rites, keep away any contamination and cleanse the bones of dangerous spirits.

Here the action of the crabs picking the carcass of the predatory tropical and subtropical fish (parrot fish, trevally or Ŋoykal, the ancestral king fish) is a metaphor for the symbolic cleansing. In this clan’s mortuary ceremony the last act is to catch and eat Yambirrku (the fish) and dispose of the bones in the ceremonial sand sculpture for the crabs to pick clean overnight. This concept of cleansing holds the idea that the tissues of the body return to the mother (earth). The bones are then laid bare and clean for the final rites of passage back to the Maŋgalili reservoir of souls.

A deeper understanding of the work relies upon a basic outline of the Maŋgalili clan’s ‘outside story’ as set out here. It was in the wangarr, ancestral times, when the Guwak (Koel Cuckoo) men, Munuminya and Yikawaŋa, instructed the ancestral koel cuckoo Guwak to lead the Maŋgalili people to this new place at Djarrakpi. Having seen the people settled in their new homeland they announced to the Maŋgalili their farewell. The Guwak men were to travel out to sea, to a place in the sky where they would become stars which would shine out of the night sky. Their journey began by paddling in a canoe down the Milŋiyawuy River which flows into the Blue Mud Bay near Djarrakpi. In the bay at a place of significance, strong winds developed and a wake from the ancestral turtle capsized the canoe, drowning the men. At this place is the site of Yiŋalpiya, the freshwater crocodile’s resting place. This same place is the spirit source for Maŋgalili people.

Hovering in the background of Galuma Maymuru’s paintings is Nyapaliŋu, a mystical being who came to the mainland from Groote Eylandt, travelling in a giant sized bark water container with a band of specially trained spirit women known as Wurrathilaku. The spirit women eventually split up to become the different language and clan groups of the Yirritja moiety, including the Maŋgalili. Nyapaliŋu taught the Yolŋu women many things including how to look for wild bulb ‘yoku’, how the make bark string and weave pandanus palm baskets. A more important part of Nyapaliŋu’s work was naming flora and fauna and making them Yirritja totems, naming sacred places and making maḏayin. Her presence is indicated by the digging stick made for stripping bark and the Yirritja waterholes. (Information on Maŋgalili clan’s ‘outside story’ courtesy Buku-Larrnggay Mulka Art Centre.) 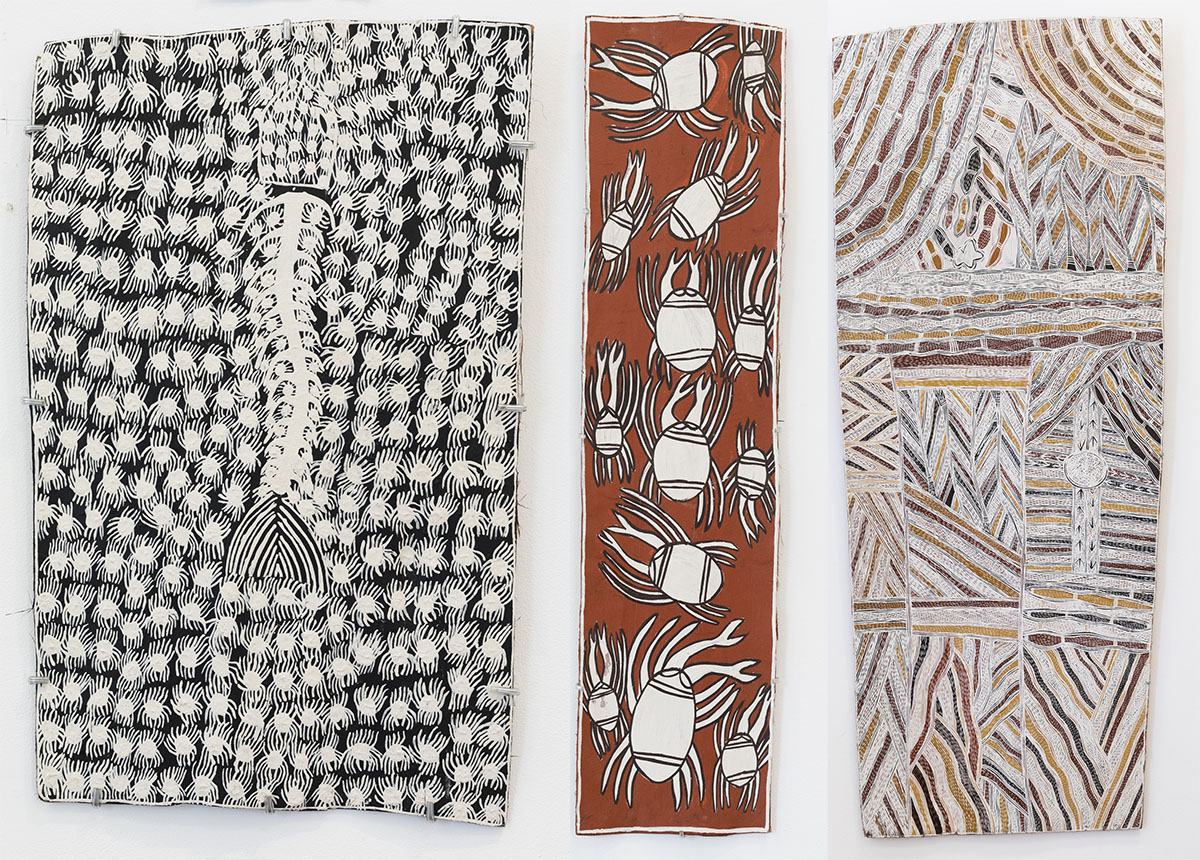 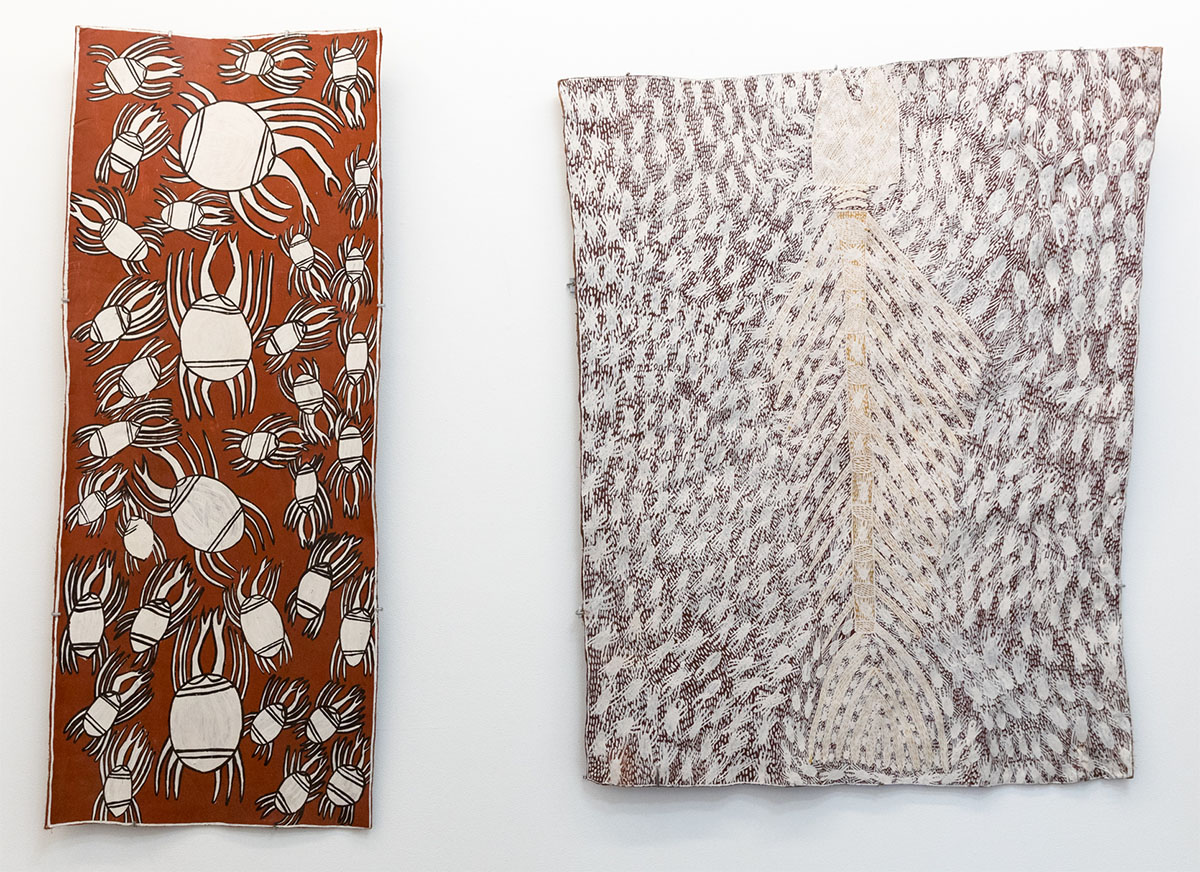 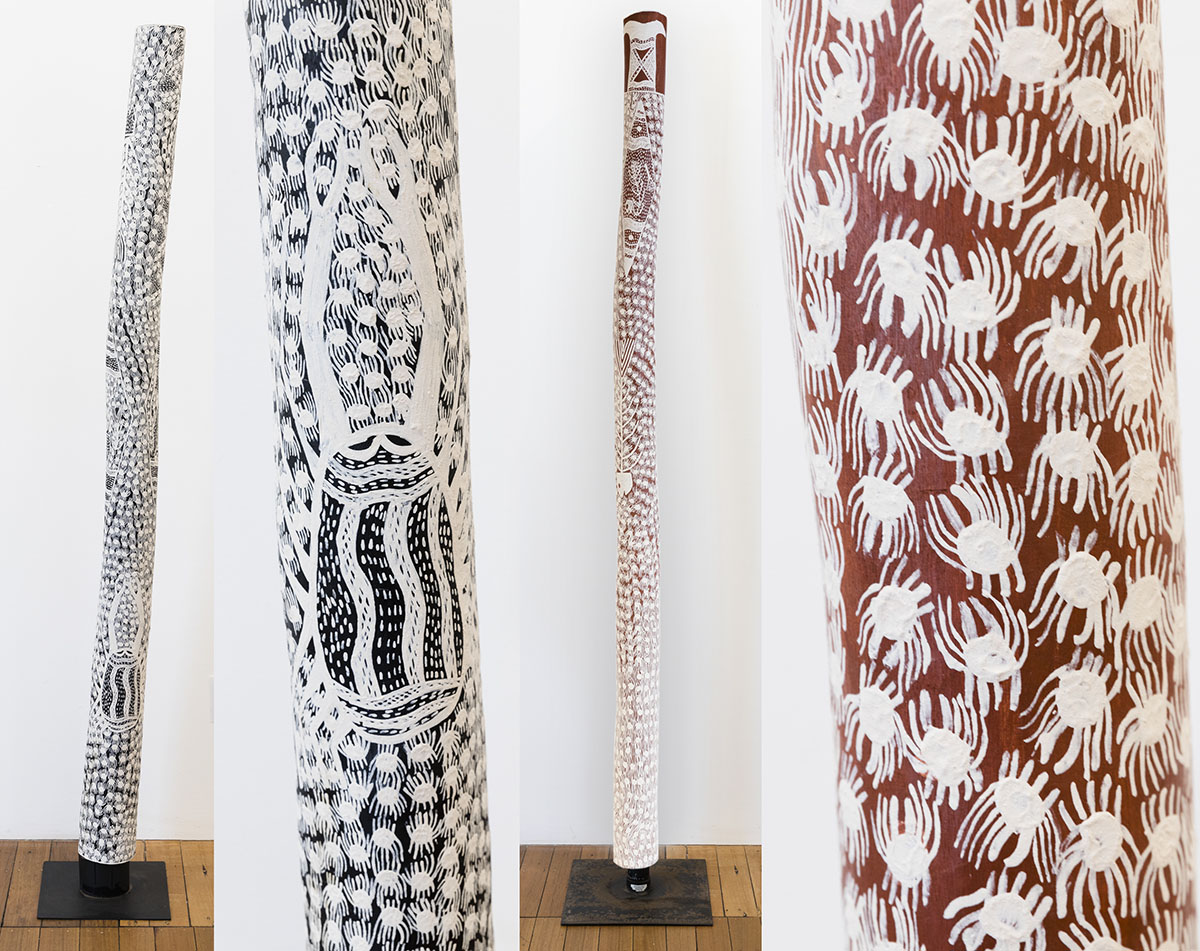 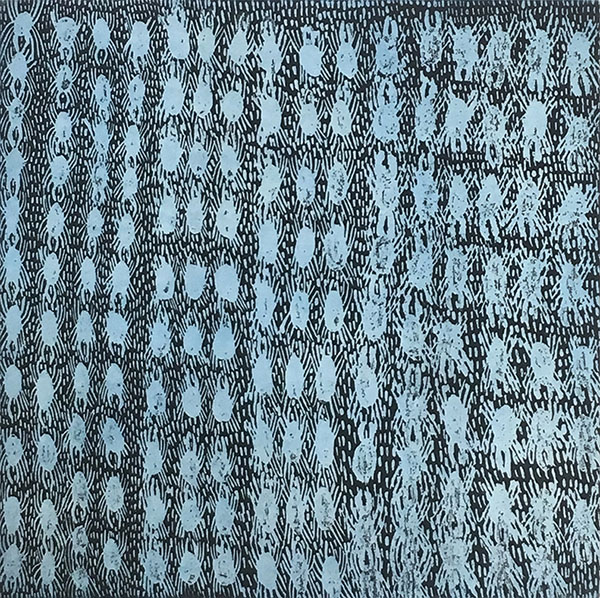 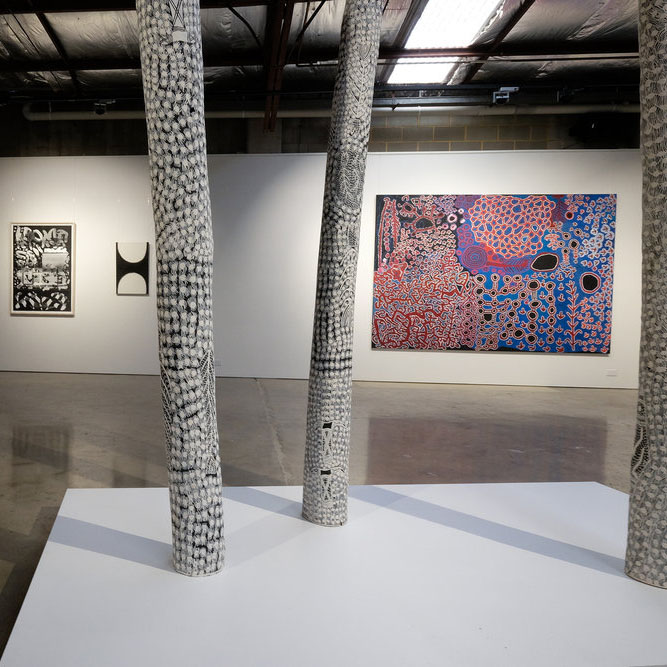 Jacqueline F. Gribbin has lived and worked extensively around the world. After graduating in the UK, she moved to Japan and trained as a printer, living there for eleven years. In 2005 she was Printer-in-Residence at Singapore Tyler Print Institute and Senior Printer from 2006 to 2007. She collaborated with woodblock artist Ralph Kiggell on a printmaking project with migrant children in northwest Thailand (2013-2014). They exhibited at H Gallery in Bangkok in Metamorphosis and Flux: An International Exhibition on Translation, which toured to China, New Zealand and Artspace Mackay, Australia in 2015. Jacqueline was Workshop Manager at the legendary Northern Editions Printmaking Studio at Charles Darwin University, Darwin for five years, where she worked extensively with Indigenous artists in printmaking. She now lives in rural, outer Darwin where she has a studio. Her 'Dear Gilbert' project began with the discovery of some mysterious letterpress plates in the taxidermy department of Museum and Art Gallery of NT in Darwin. In 2017 a suite of the ‘Dear Gilbert,….’ (Song for the Ichthyologist) prints was acquired by Parliament House, Canberra.

Galuma Maymuru is the daughter of the great artist Narritjin Maymuru and under his instruction was one of the first generation of Yolngu women to become a major artist using sacred clan designs. ‘He’d say “this is our painting and I’m telling you about the paintings for in the future when I am passed away you can use them.”'  Since 1974 Galuma has lived either at the homeland centre of Yilpara or at Dhuruputjpi in her husband Dhukal Wirrpanda’s Dhudi Djapu clan country at the northern perimeter of Blue Mud Bay, close to her own Manggalili clan lands. She was the community’s schoolteacher for a decade before becoming a full-time artist. Like her father she is a fierce advocate for homeland life. In 2003 she was awarded the Best Bark painting prize at the 20th National Aboriginal and Torres Strait Islander Art Award of the Museum and Art Gallery of Northern Territory. She has exhibited extensively in Australia and the USA and is represented in most Australian state art gallery collections. 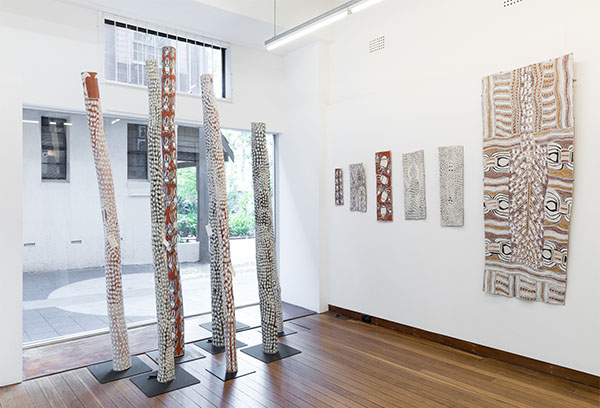 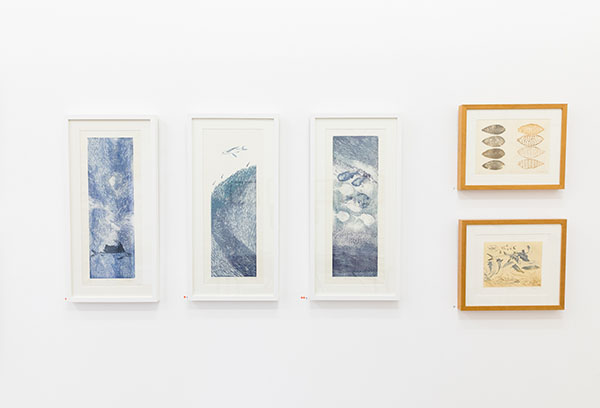 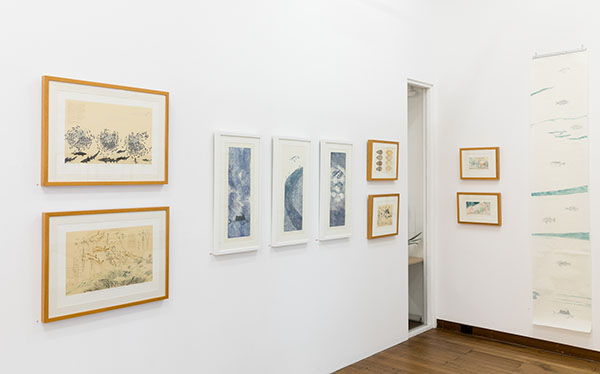 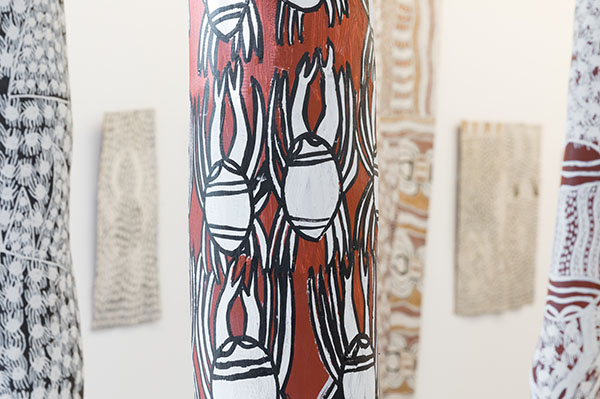 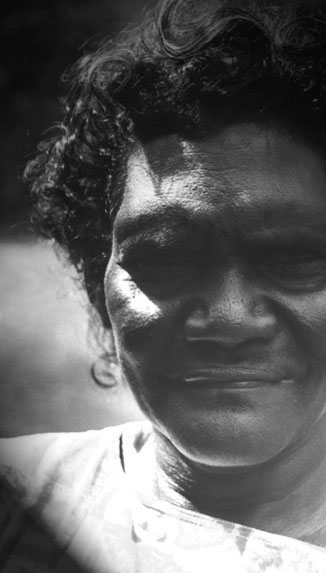 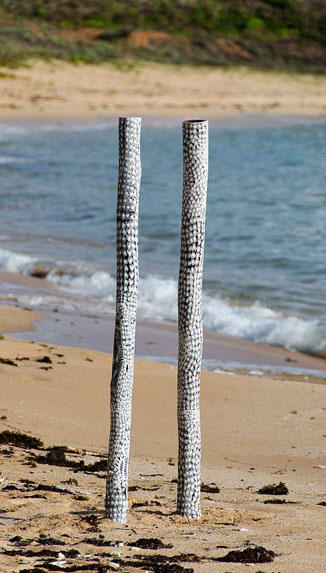 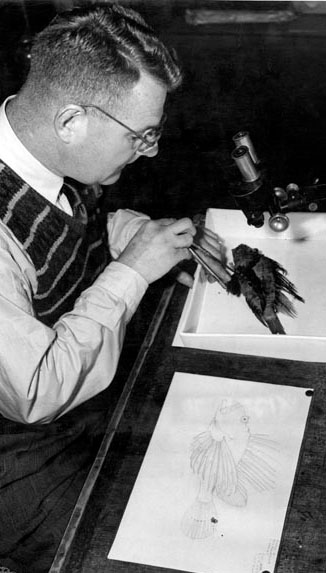 Ronald Strahan, An Illustrated History of the Australian Museum 1827–1979.