For the first time since 1981, audiences in Sydney will have the opportunity to see This Woman is Not a Car –  the renowned 1977 series of ceramic Holdens by artist Margaret Dodd, together with her 1982 film of the same name. Dodd's audacious film and ‘funk ceramic’ Holdens explore femininity and the maternal; fantasy, humour and the erotic: masculinity, fetishism and violence. Both will be showing at The Cross Art Projects throughout June, along with works from her more recent series, Chosen Vessel and Holden Hypotheses. Dodd is also producing a select series of prints of her 1970s Holden works, especially for the exhibition.

A catalogue of the works on display, and writing drawn from conversation & correspondence with Margaret Dodd, will be launched at the opening event, from 2pm, Saturday 3 June 2017 at the gallery.

This Woman is Not a Car: Margaret Dodd coincides with the cinema screening of the film at Sydney Film Festival, as part of the Feminism & Film program of works from the heady days of the women’s movement in Sydney in the 1970s & 80s. Dodd shot her film in Adelaide, then edited, launched and distributed it in Sydney. 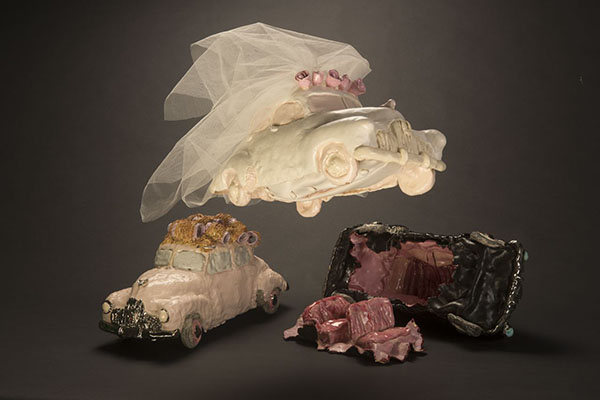 Holden with Hair Curlers, Bridal Holden, Ravaged Holden from This Woman is Not a Car series, Margaret Dodd, 1977 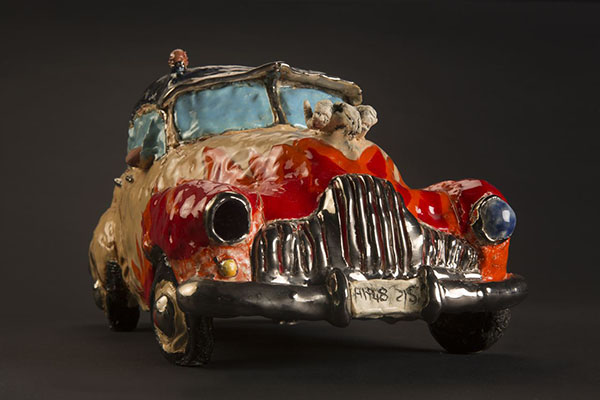 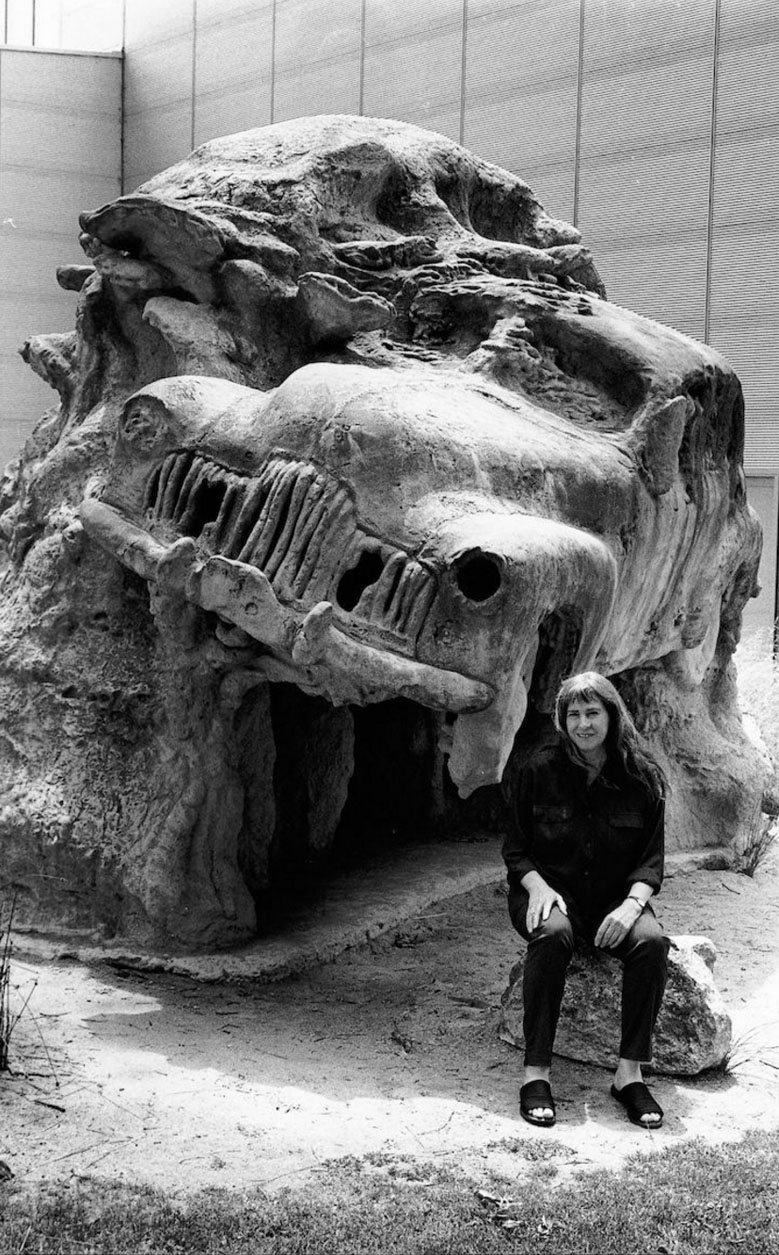 Margaret Dodd and her work The Fossil, Greg Weight, 2002 © 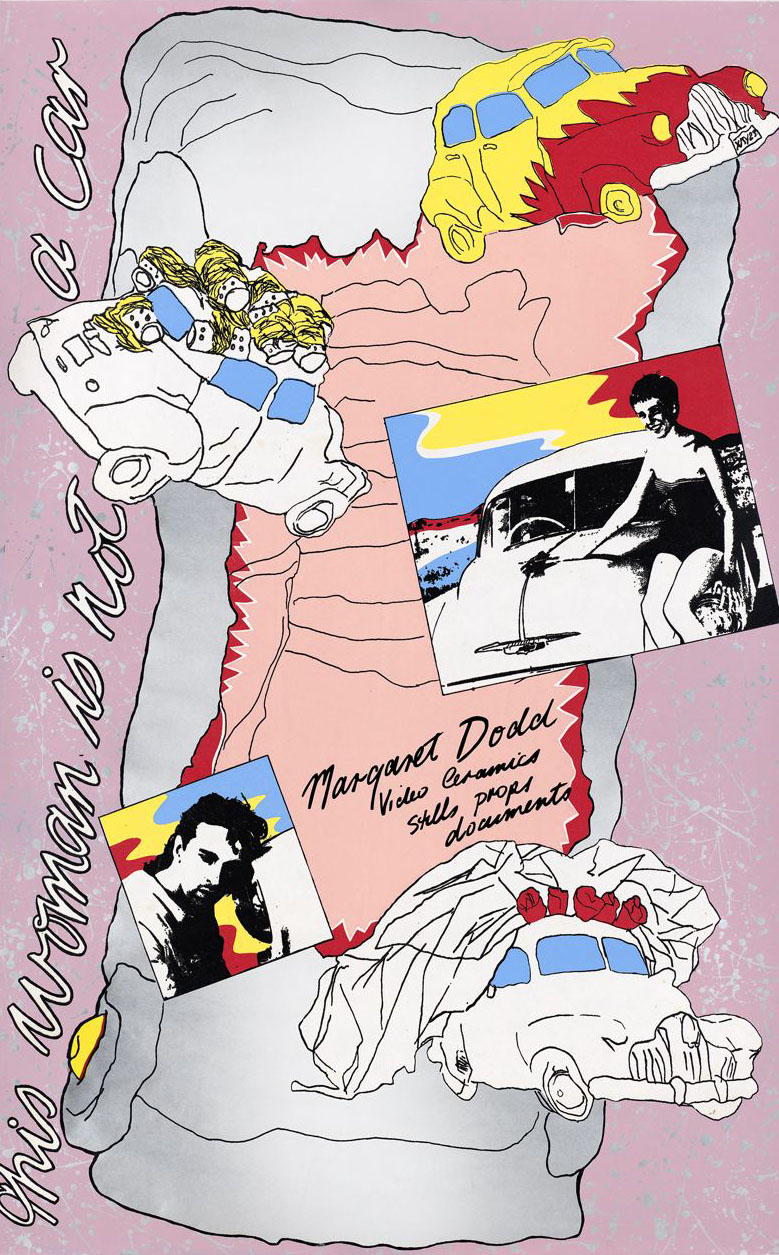 Reproduction of This Woman is Not a Car screenprint poster, Jan Mackay, 1981

Margaret Dodd is an Australian artist, who graduated from the University of California, Davis in 1968, where she was part of the ‘funk ceramics’ movement and was inspired by fellow artists producing experimental films. She began making her ceramic Holden series and film This Woman is Not a Car, in response to the bleak suburban life for women she found, living in Holden Hill, Adelaide on her return from the US to Australia. The Experimental Art Foundation, Jam Factory and Women’s Art Movement of 1970s Adelaide were all influential in supporting and shaping her art practice. Dodd continues to explore the symbol of the Holden car to look at national identity, masculinity and female identity, and the politics of the survival of the planet.  Her work is held in major collections around the country as well as institutions in the USA and Canada.

Susan Charlton has curated the exhibition and Sydney Film Festival screening, and edited the catalogue for This Woman is Not a Car: Margaret Dodd. Charlton is a curator and arts/culture writer who works in archives, galleries, museums and communities. She was Women’s Filmworker at Sydney Filmmakers Co-operative, from 1982-84 working with women filmmakers and their films.

This Woman is Not a Car: Margaret Dodd coincides with the cinema screening of the film at Sydney Film Festival, as part of the Feminism & Film program of works from the women’s movement in Sydney in the 1970s and 80s curated by Susan Charlton. Screenings: Sat 10 June 12.30; Sun 18 June at Art Gallery of NSW, with screenings 10.30 am (starting with TWINAC) and 'Suffragette City' talks at 1 pm. 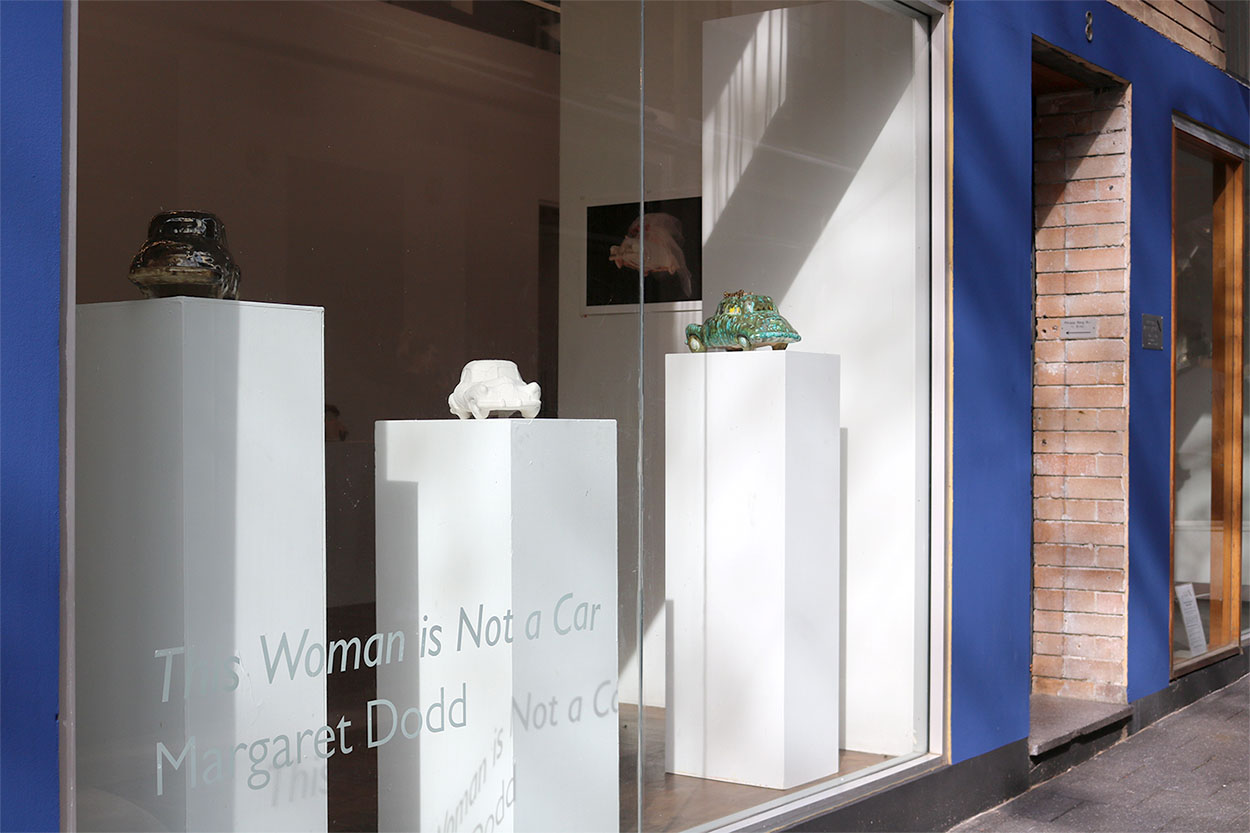 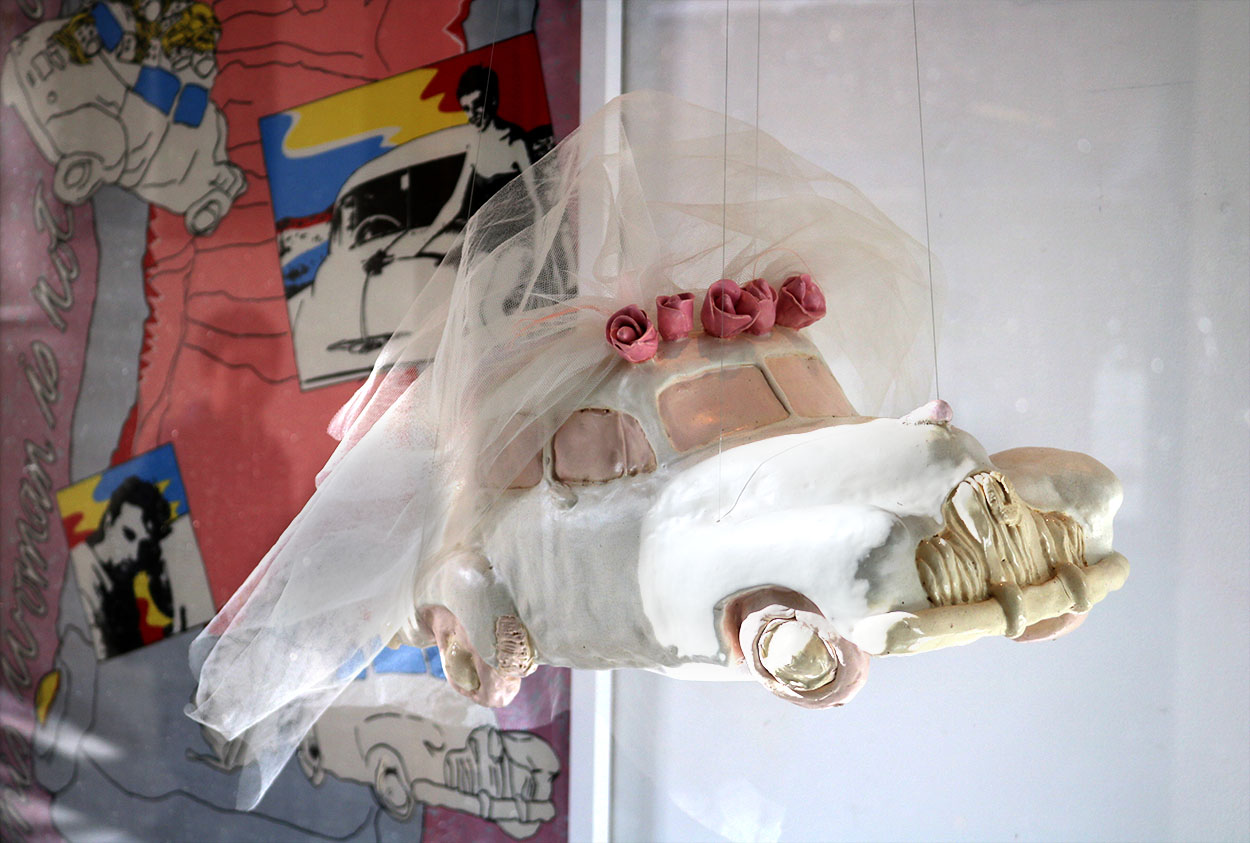 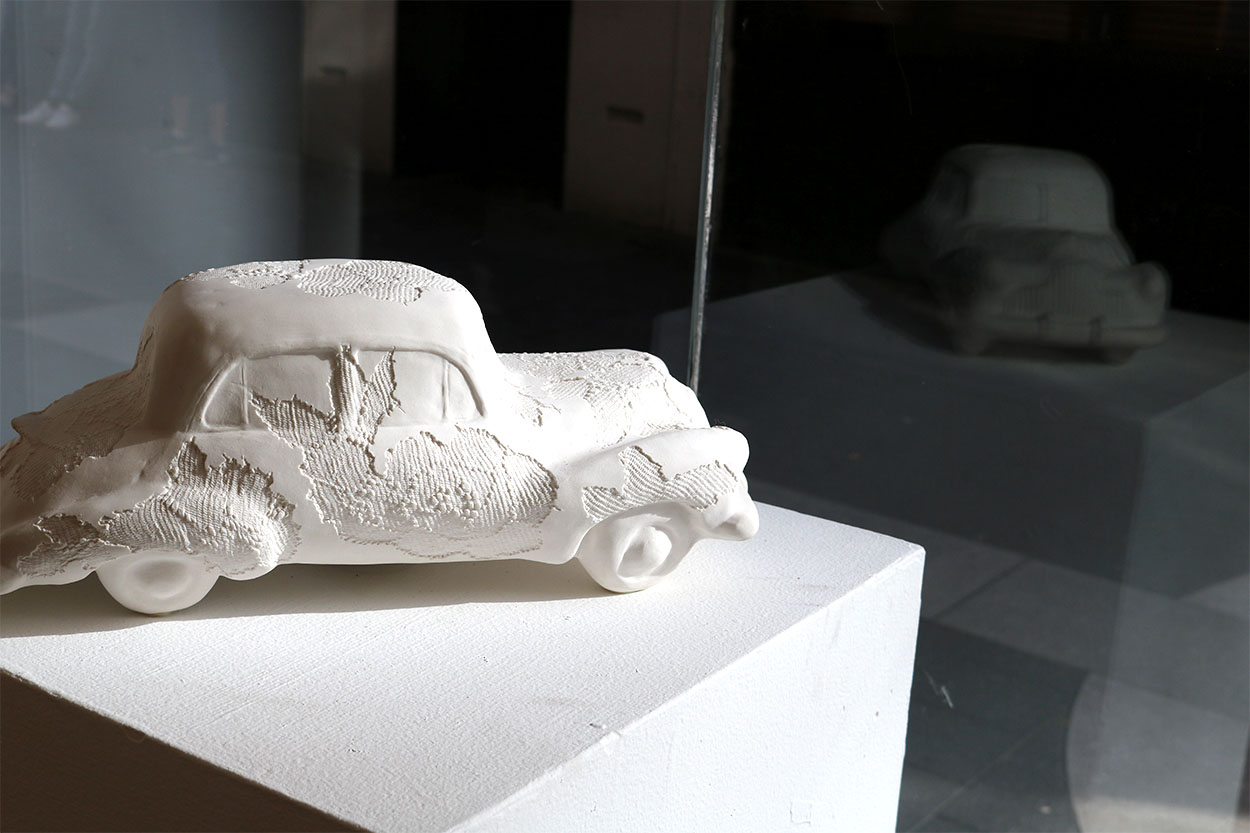 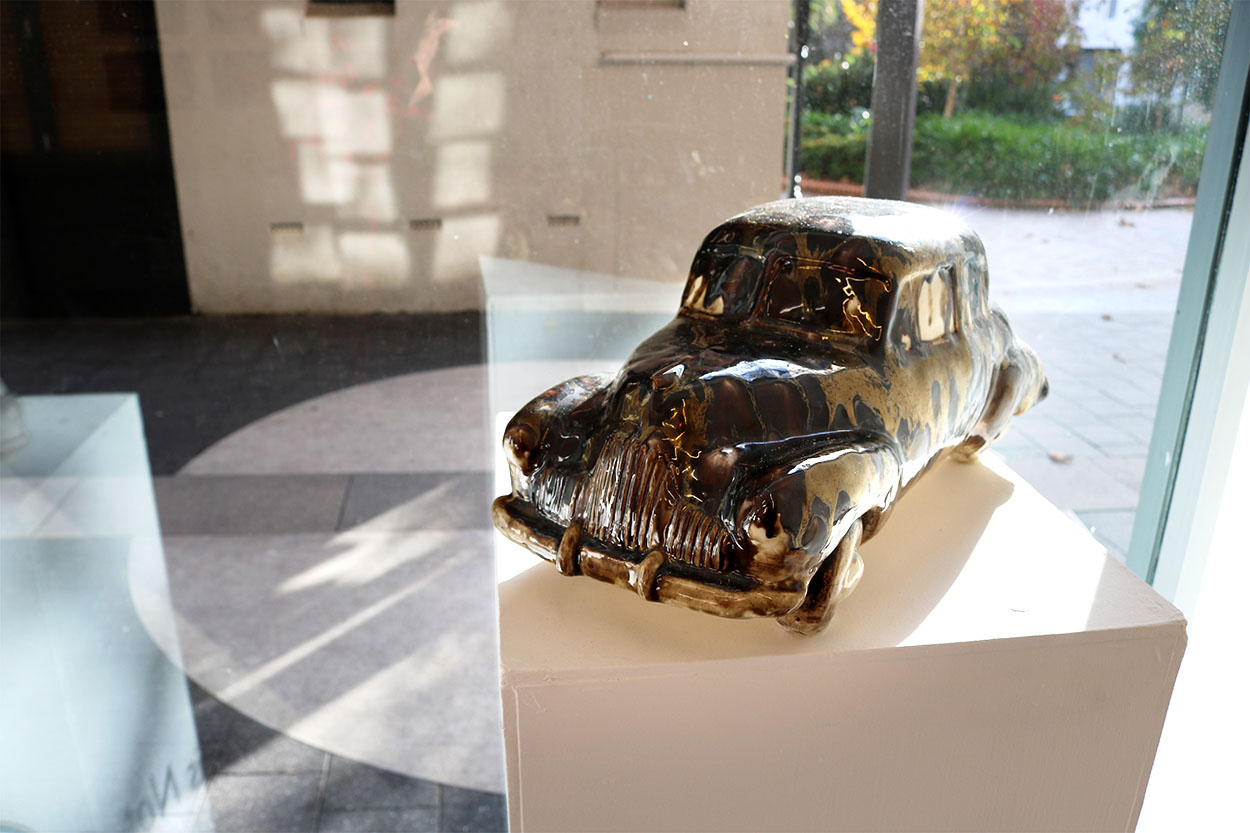 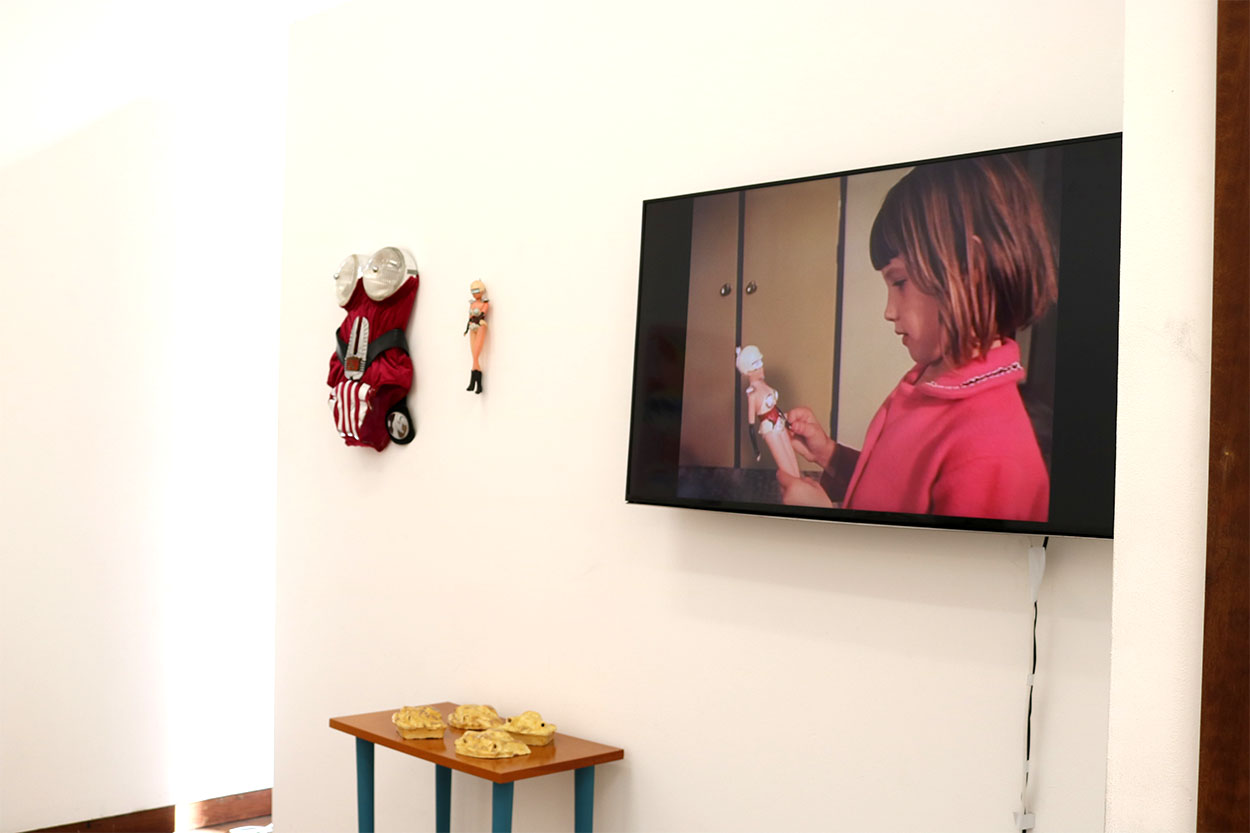 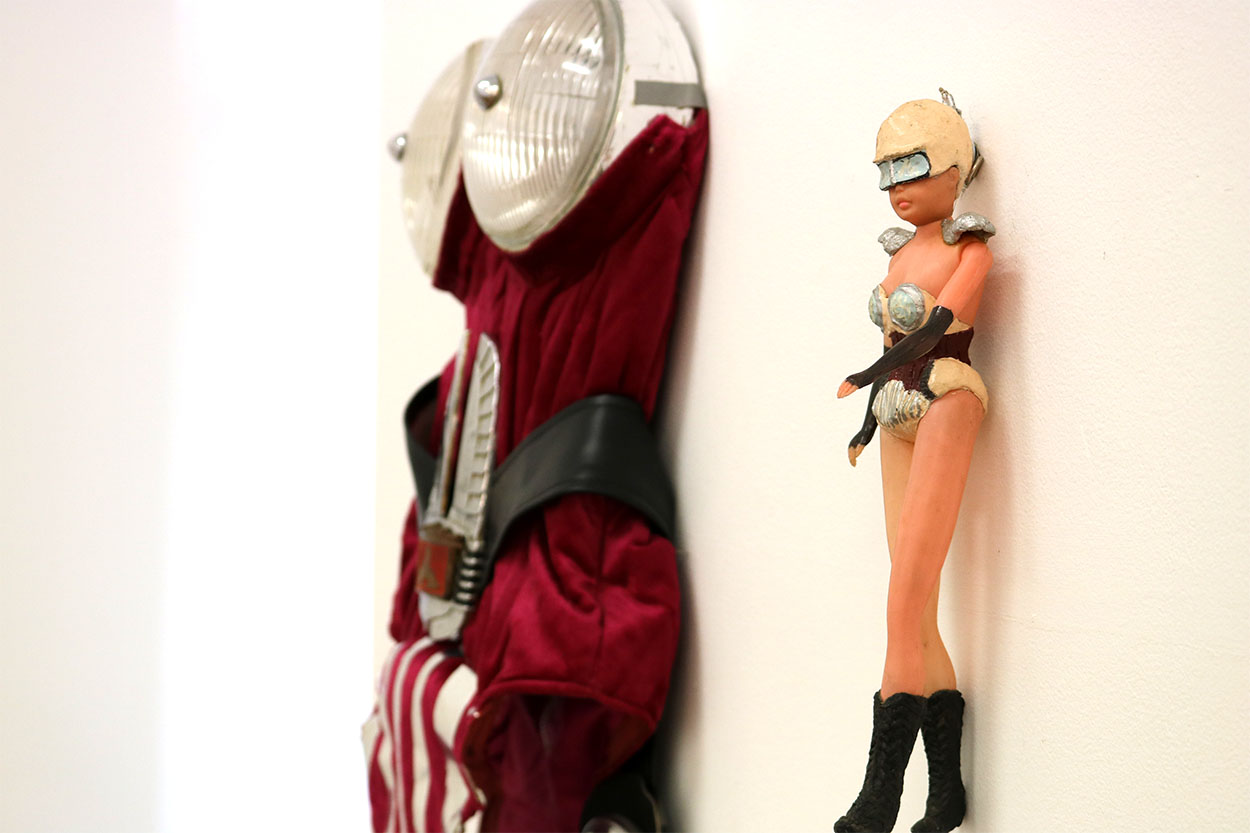 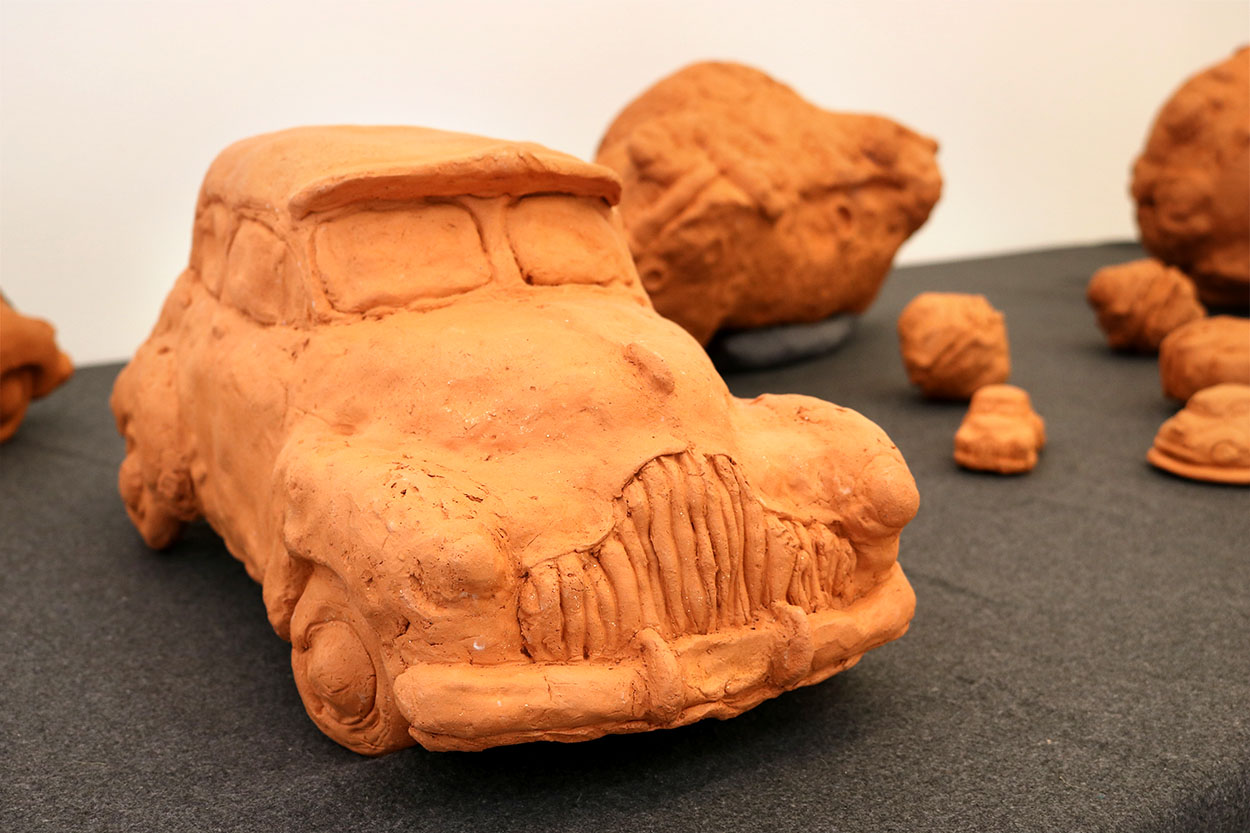 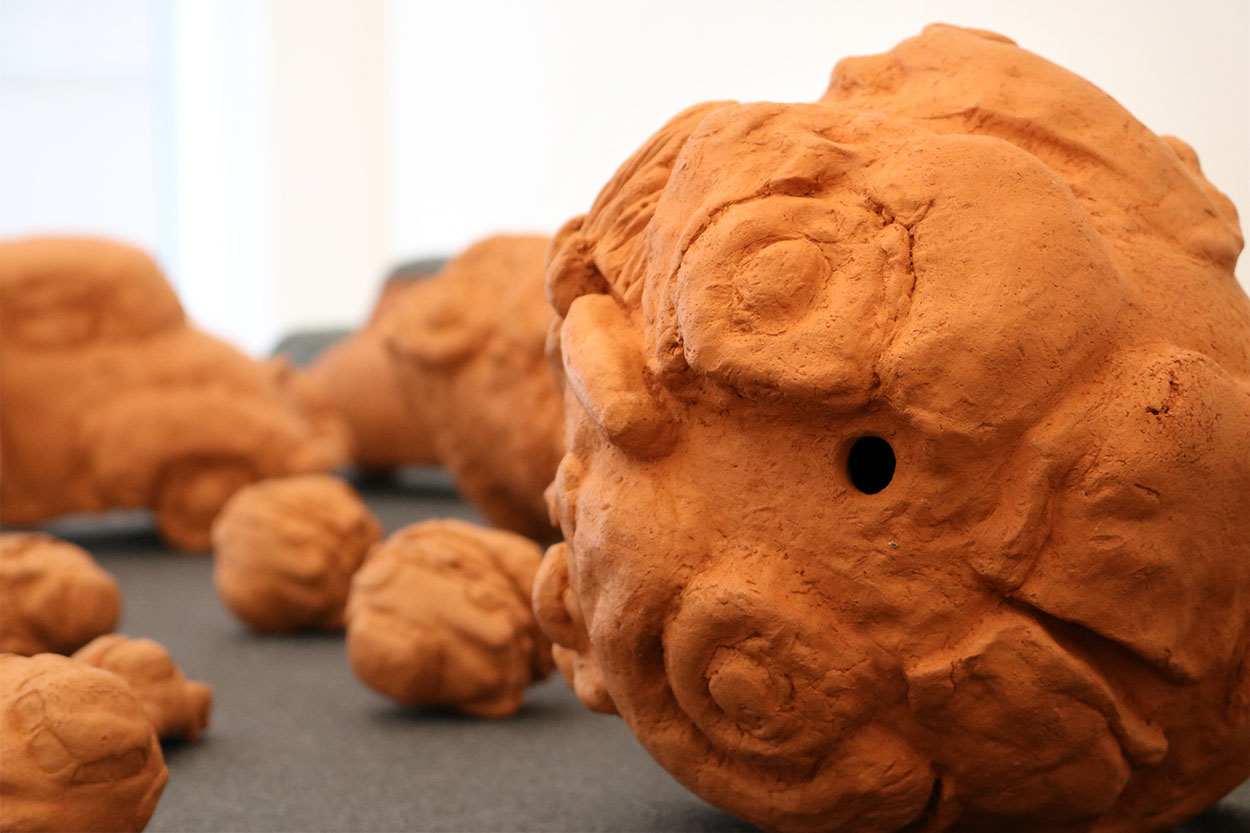 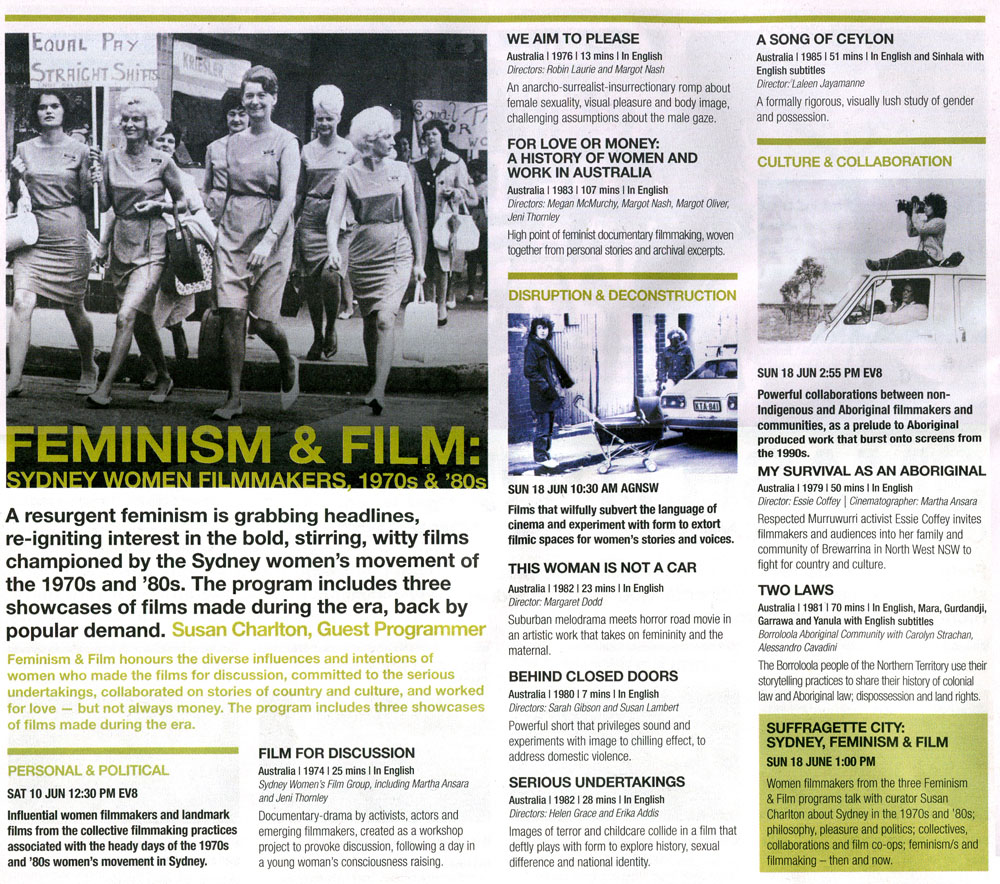 Kate Blackmore’s film The Woman and the Car, about artist and filmmaker Margaret Dodd, was screening on ABC TV (11 Februrary 2020) as part of the Hive series) and then via iView. (Check local guides.) Blackmore's film, produced by Bridget Ikin for the 2018 Adelaide Film Festival, ‘looks at motherhood and mobility, film and feminism, through the prism of Margaret Dodd’s classic' short film This Woman is Not a Car from 1982.

In 2017 The Cross Art Projects exhibited This Woman is Not a Car: Margaret Dodd, curated by Susan Charlton, featuring Dodd's infamous ceramic Holden's and film of the same name. The exhibition then showed at ACE Open in Adelaide, where Blackmore's 2014 film Girls was also screening. Inspired by seeing Dodd's 1982 work, Blackmore made The Woman and the Car for the 2018 Adelaide Film Festival.

Here's a trailer for Margaret Dodd's original film This Woman is Not a Car from 1982 :https://www.youtube.com/watch?v=3HPYYxXFqZ8

This project has been assisted by the Australian Government through the Australia Council, its arts funding and advisory body