The installation  water objects – echoes, by eminent ceramic artists Louise Boscacci and Toni Warburton, presents an internal logic based on the artists’ experiences of working with environmental concepts as a theme connecting the earth (clay) and water in order to look at what domestic objects can bring to broader discussions on climate. The works claim the exhibition space as an environment for discussion by establishing a ‘call and response’ between the objects. In this way, and by these limits, the artwork is politicised. The project is one of a long-running series of exhibitions about pairs of artists who share independently developed conversations. The idea relates to how artists make work: by collaboration, communication and exchange. 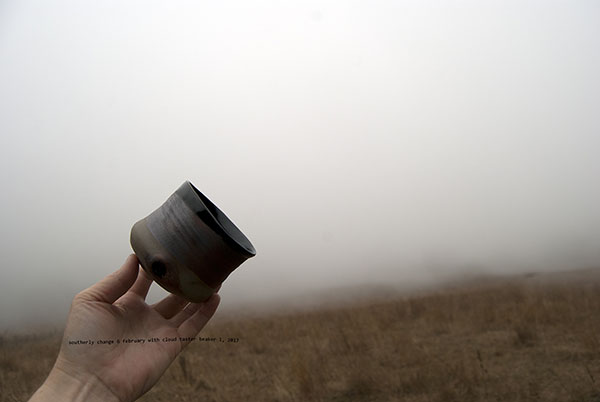 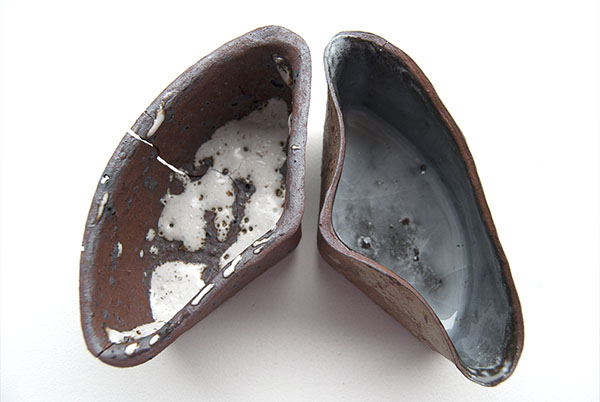 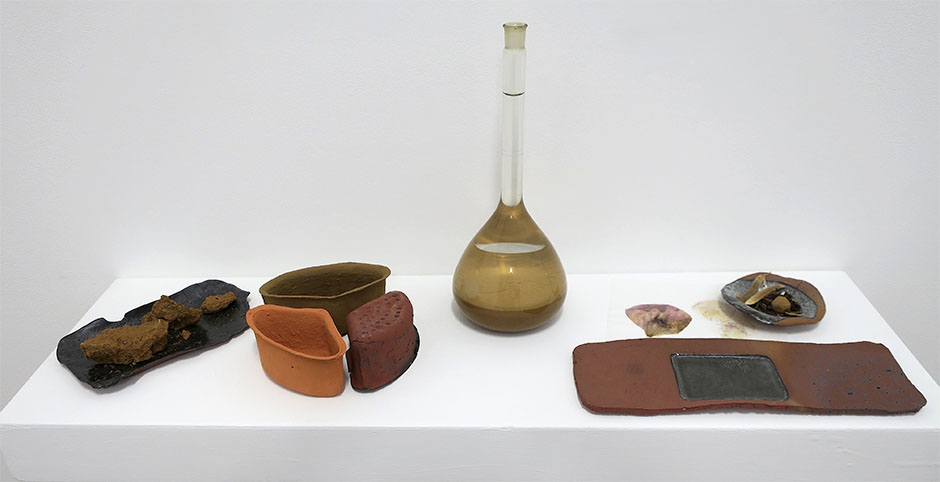 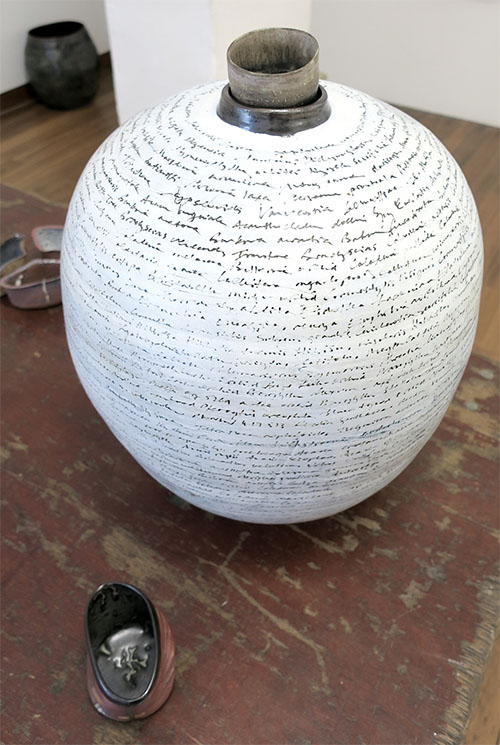 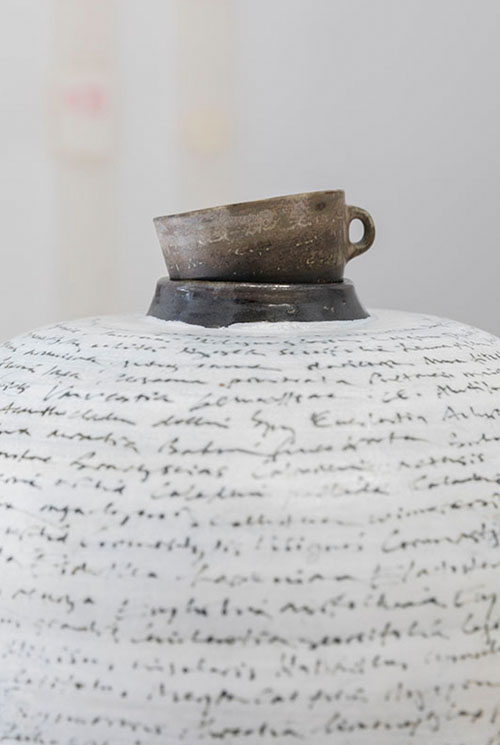 Before we drown we may die of thirst

The electric pulse of thunderstorm and sustained rain at midnight broke the exhausting run of record-breaking temperatures on the east coast, and here, in the Wingecarribee of Gundungurra country. Water, like oxygen, is energetically elemental, at once intimate-molecular, hyperlocal, and planetary in its meeting cycles and exchange work. All else, the chaos to bios of everyday life, is a bonus. The rainwater tank, close to empty after three summer months of little rain, is audibly refilling. The small remnant peat wetland, fed by a spring, supporting a circular inner reservoir, co-species rich, and fenced off from the straw-dry rural paddocks, is now collecting, soaking up and sounding this generous cool change. The comings and goings of water in an epoch of critical climate change and endangerment is a material matter uppermost in mind when each daily mouthful is directly collected from the gaseous blue chamber of a runaway-warming atmosphere.

The water objects gathered for this series reflect this a-bodied interconnectivity in situated place, feeling-thinking across and from the idiolocal, and with more-than-human denizens who also live and die in these shared watery grounds. Three responses have been elicited: objects rendered from working with local clay reclaimed from a farmer’s paddock dug for a new dam, the in-progress processes of this material exploration and its seedings, and an ensemble of water reservoirs for holding water and a time-travelling archive of engraved names of plants, animals and ecological communities on recent Australian lists of vulnerability in the Anthropocene. 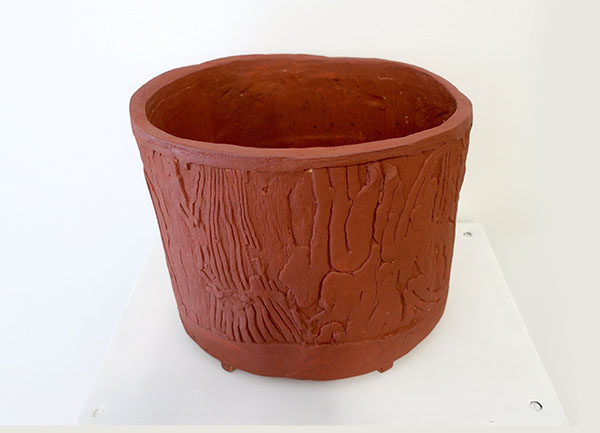 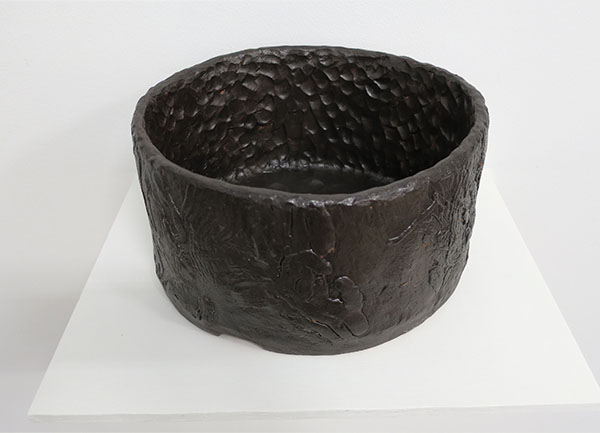 For travelling lightly, a traditional Aboriginal woman’s kit contains a hand-sized wooden water scoop used to dig and draw water (once a recurrent resource) from the sandy ground of soaks. An elliptical shape, hand carved from a hardwood boll, its convex surface is engraved with a scatter of emu’s tracks. A visual analogue, it resonates with conceptual and practical ingenuity. Implicit gestures of access and restraint tell us that water is sourced from ground interlaced with subterranean aquifers that connect to creeks, rivers, springs, clay pans, rock holes, lakes: all of which imbricate into song lines.  Cloven hooves of colonising herds of driven cattle, feral camels and pigs and the tracks of four-wheel-drive vehicles continue to damage, pollute and leave soakage places uncovered. 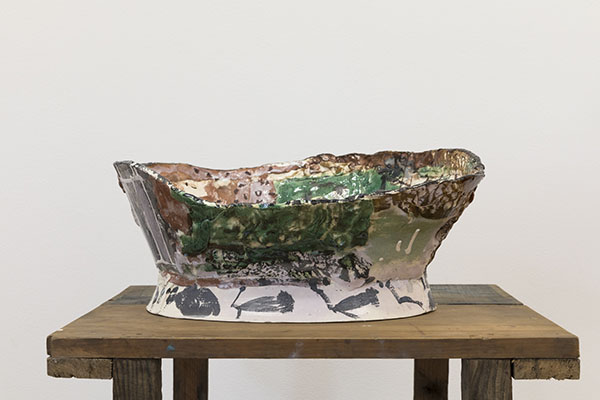 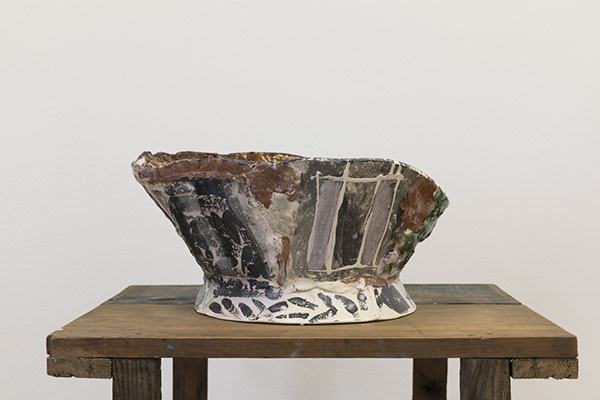 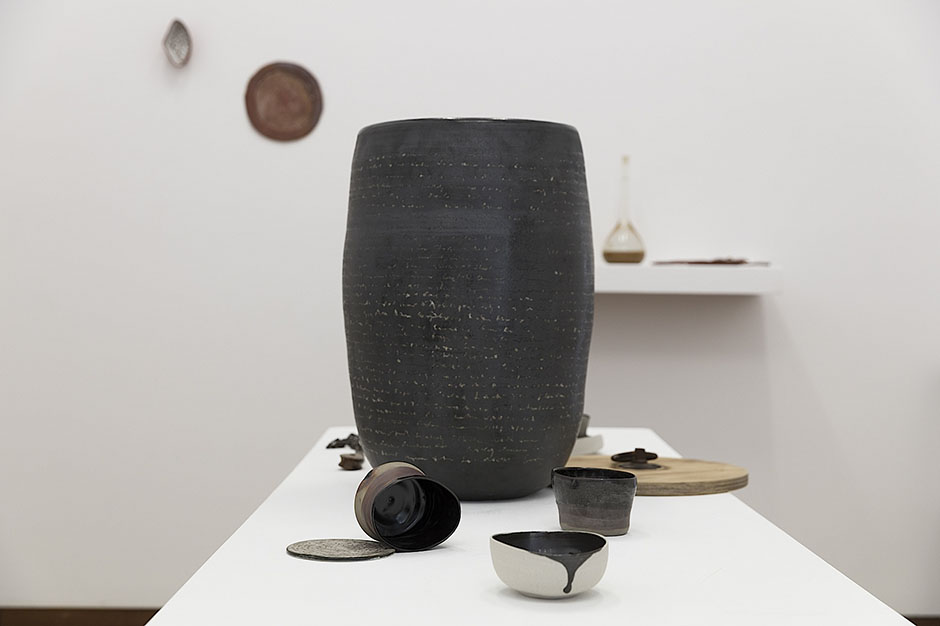 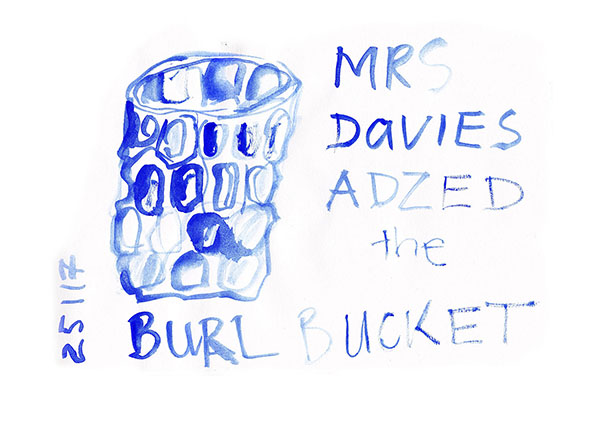 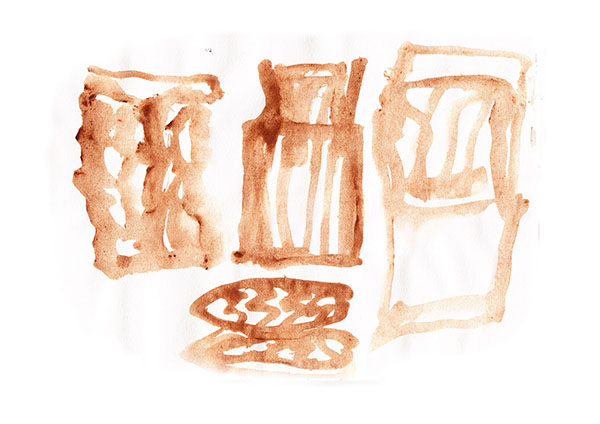 About the artists and guest speaker

Louise Boscacci is an artist and a researcher in the environmental humanities. She has exhibited widely and collaboratively in Australia for two decades. She works with clay, light, sound, co-species, and thinks and writes about the aesthetics of encounter and refrain. Water, its over-abundance and stark absence in cycles of wet and dry seasons of northern Australia prefigures her interest in the watery, micropolitical implications of accelerating climate change and ecological transformations. The comings and goings of water are uppermost on her mind these days. https://louiseboscacci.net/background/

Pip Newling’s writing focuses on place. Her first book, Knockabout Girl (2007) re-told her experiences of living in remote Australia. Since then she has published essays on experiences in Afghanistan, on the NSW town of Moree and at Uluru. Water features prominently in her work, and she is currently writing about local swimming pools in the project, The Swimming Pool Diaries. Her doctoral project included a memoir of her home town of Taree on the Mid North Coast, and focussed on the enduring nature of the Manning River, ‘a mighty river that runs from the mountains through to the sea’.

Toni Warburton works with ceramics, installation and sculpture, typically working in clay, drawing, and assembling found objects to explore scale in relation to memory, imagination and place or controversy. She is a member of the Williams River Valley Artists’ Project (active from 2010 to current) who, for some years, have worked on and agitated on behalf of, the iconic Upper Hunter gorge known as The Drip, at the head of the Goulburn River, the Hunter River’s main western tributary. Her ceramic works often take the format of the sculptural landscape object, invested with painted episodes of observation or text on these issues. Download CV as pdf