This new exhibition presents a poetic dimension to cultural contact over centuries between great civilisations as seen through the work of visual artists Margaret Rarru and Ipeh Nur who incorporate these issues into their work, as documents and re-constructions. 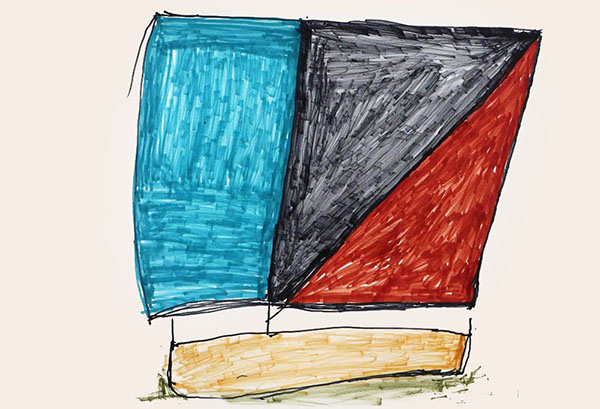 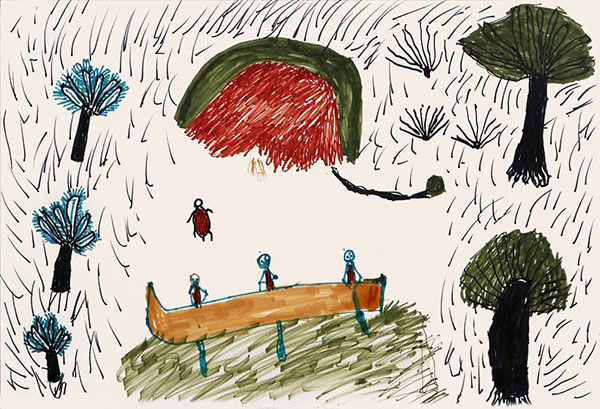 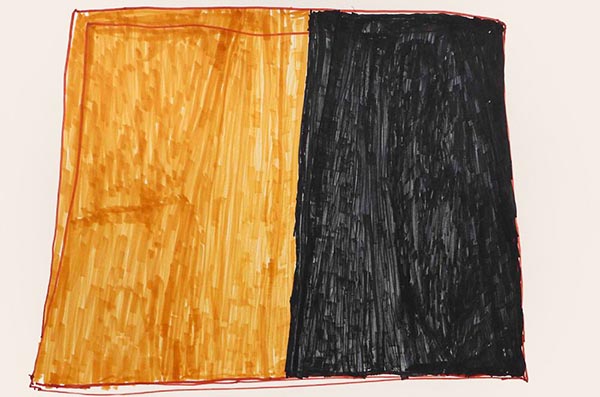 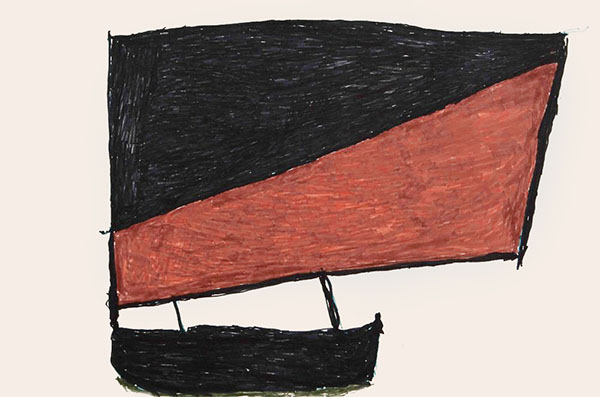 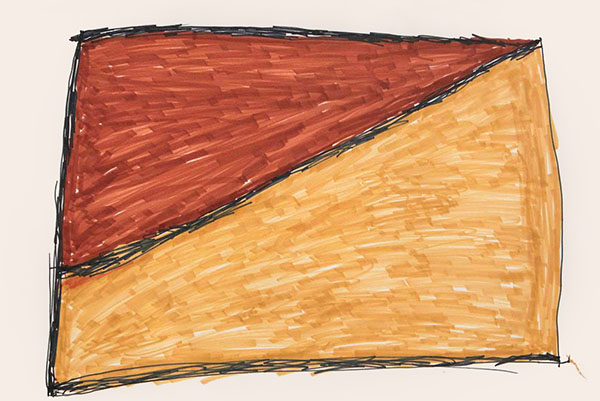 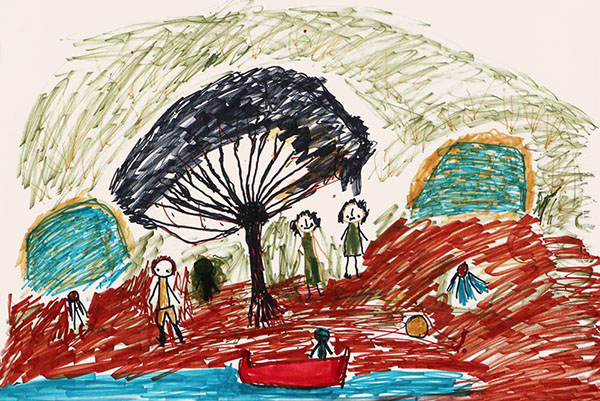 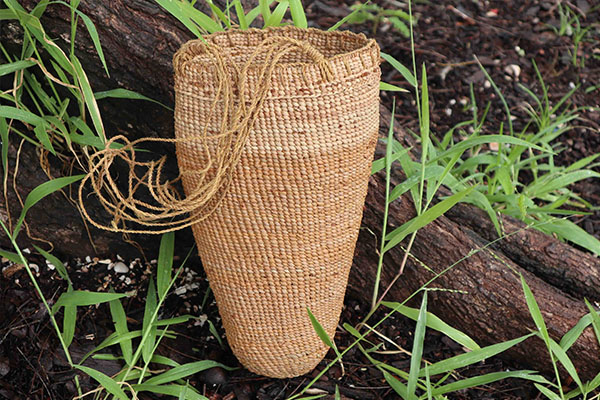 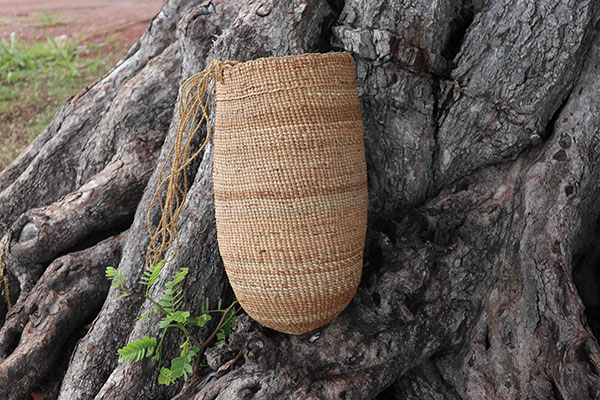 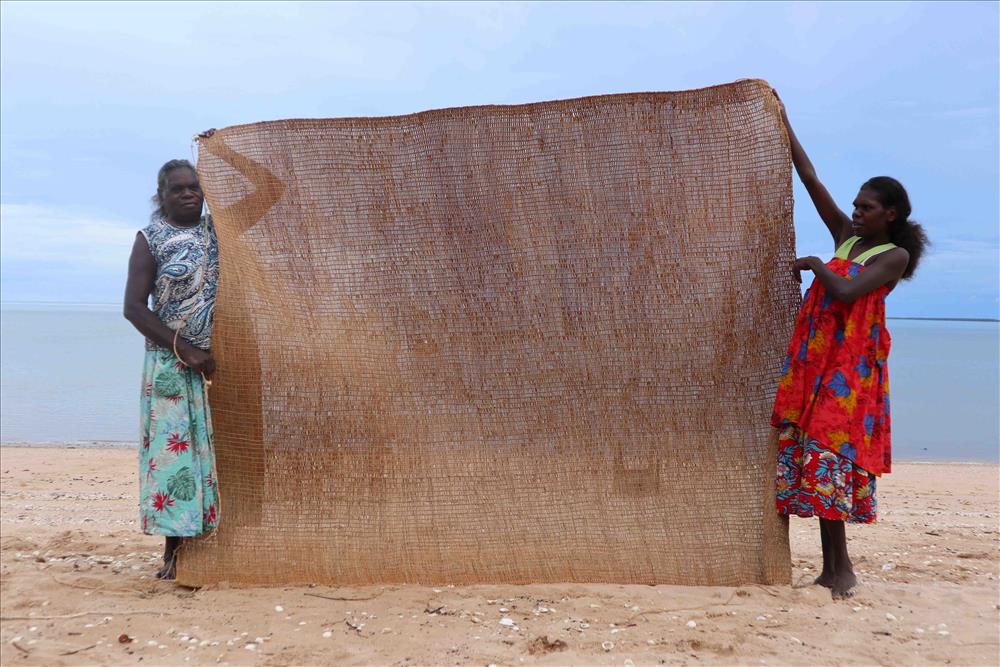 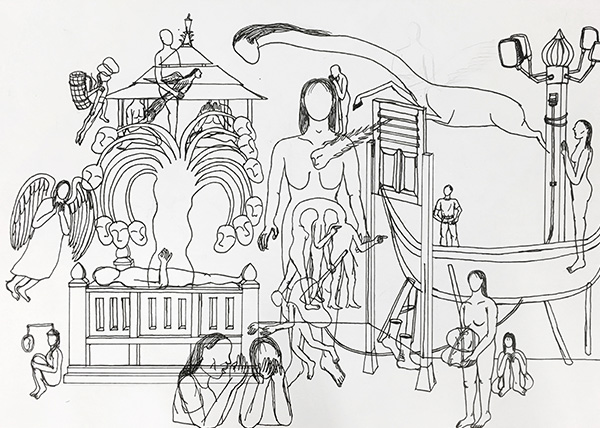 As a Javanese, entering another cultural area, with language and cultural differences, the distance is clear. There is inner tension and fear—is my gaze correct? This work describes my journey of entering the gates of different regions. It is like experiencing a spiritual journey or a new body—a month spent seeing the way of life and culture of coastal communities. — Ipeh Nur 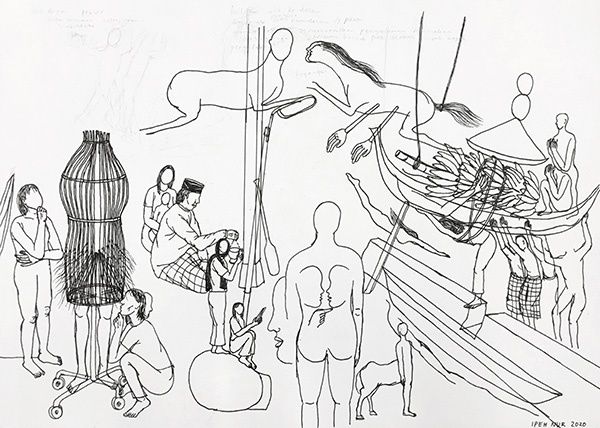 Apart from rites and traditions as my main focus, observing the problems that occured there was also my concern—like the construction of a concrete embankment along the coast of Mandar Bay. A construction that does not consider the ecological aspects and will eventually kill the marine culture itself. The face of Mandar, who is known as an accomplished sailor, is not the same anymore. The view of the boats that are usually anchored and lined along the shoreline is no longer there, because of the concrete embankment. Fishermen find it difficult to park their boats and only small boats can be lifted ashore. This in turn causes the manufacturing of boats to decrease. — Ipeh Nur 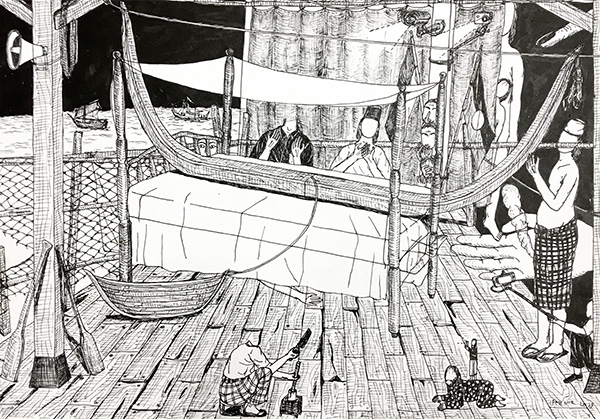 Being part of the boat-building rite/ritual (Padewakang), was like investigating my own body. There is meaning in the process. Treat the boat like a human body, not just an object. Boats are like children who are born—there are rituals, prayers and hopes involved. There is a connection and bond between the owner and the boat. I feel within the process there is an amalgamation of spirituality and technology—a way of life and tradition. — Ipeh Nur 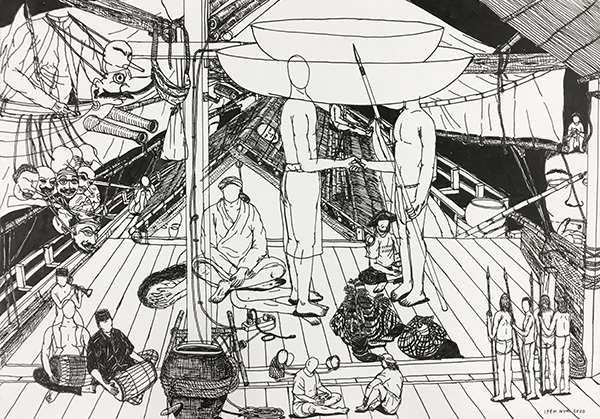 This drawing describes the reaquaintance of Makassar sailors with the Yolngu tribe on a boat. Years before James Cook claimed to have discovered the Australian continent, Makassar sailors had interacted with Aboriginal people. They had a close relationship in the past. Sailors used padawakang boats to trade—Makassar sailors buying teripang (sea cucumbers) from the residents in exchange for rice, iron and metal tools, pottery and more. — Ipeh Nur 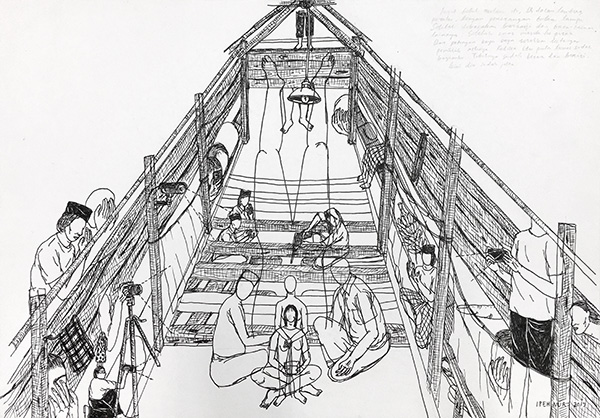 I remember well, that night in the hull of the boat with only the light of a light bulb on. After reading the barsanji and other readings. After the gold entered the navel and after I handed the pieces of wood over to the hands of the ‘real owner’. At that time, my share was paid off. Her (the boat’s) body was big and full—now she was walking. — Ipeh Nur 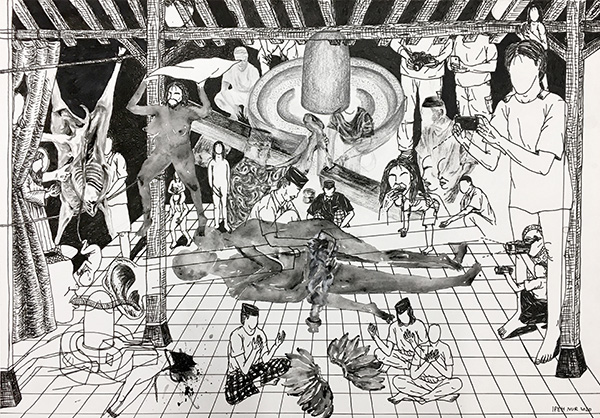 The initial process of building a boat begins with making the bottom keel. The keel becomes a vital part—the backbone as well as the spirit of the boat. The lasso enters into the tenong—just as the penis meets the vagina, the phallus meets the yoni, the body meets the body. And the burning of incense is where the spirit (soul) is blown. Like the concept of creation in Java or Sangkaning dumadi—“tumbu oleh tutup”—the union of the phallus and yoni create a form of harmonization, which is manifested not only in various creations but also in “laku” (way of life).

There are several rituals before the connection. I was asked to be the substitute for the boat owner. After prayer is paid, it is determined where the center or navel of the boat is, and it is then cut to be used as a connection (tenong-lasso). I ate a few pieces of keel, as a form of bond and hope to bring sustenance. I ran to throw some of the pieces into the sea in hopes of a fast sailing. Apart from looking at the sacredness, it is important to see the technology in this keel connection—they don’t use glue as an adhesive. Only eucalyptus bark is used to to prevent leakage and wooden pegs to connect the boards. — Ipeh Nur

My meetings with fishermen, fishing families, boat builders, and several shamans found one thing in common—namely their treatment of the works/technology they made. They treated the houses and boats they created just like other creatures: living and possessing a 'spirit' or soul. This was symbolised by the navel, as well as the bond with its owner. The navel is a form of meeting between technology and belief/religion. It becomes an important instrument for coastal communities, especially fishing families. 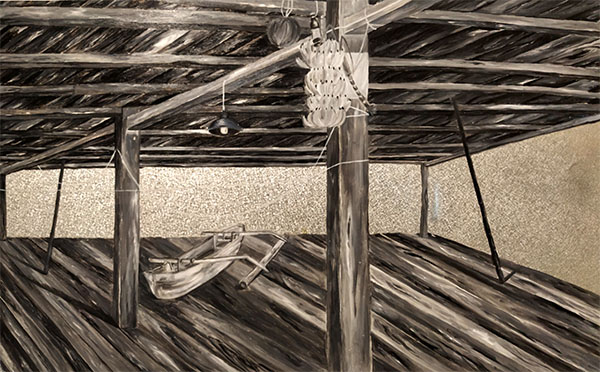 There's nothing happier than when a boat is anchored at home with a catch of fish. The wooden pole in the middle is a symbol of the navel of the house, which is the centre of ritual. Crops (bananas, sugarcane, coconut, water) hang above as a symbol of life and fertility. I saw a bond, as if connected, between the house and the boat through this use of the ‘navel’. 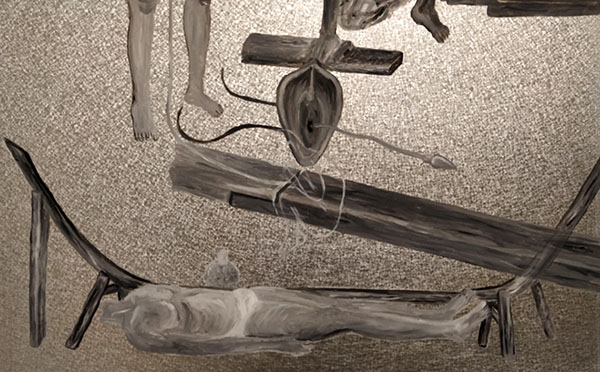 A boat shaman will perform the ritual ‘mapossiq’ or the giving of a navel in the process of crafting a boat or ship. Marked with a small piece of wood under the sail (in Sandeq boats), or at the connection of the keel (for ships with a keel), it is inserted with a kind of 'sperm' containing gold needles, oil, well moss and rice crust, which became a symbol of hope for safety and sustenance. 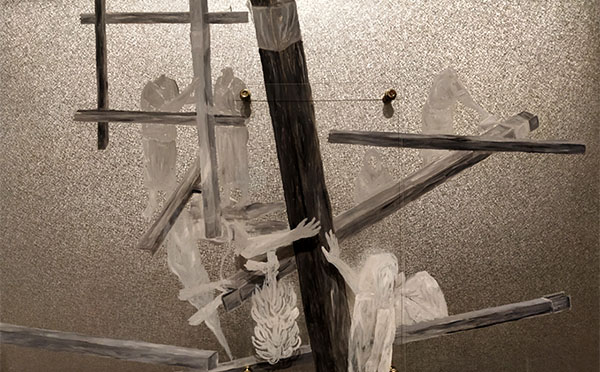 Here is depicted the ritual of the first process in making a house—creating the navel of the house. The pole that will become the 'posiq' or navel is held by the husband and his wife—a symbol of the bond between the house and its owner. The navel of the house not only functions as the central pillar of the house, but also has a sacred value, being a place of ritual. One of which is the ritual carried out by fishermen's wives every Friday night, where incense is burned and for safety and blessings for their husbands who go to sea is requested. There are also different rituals carried out by fishermen: when they are going to sea for a long time, when strong winds come and others. The navel pole is believed to be a bridge between the upper world (the creator) and the underworld (fishermen who go to sea and their families at home) or a prayer 'signal amplifier'. 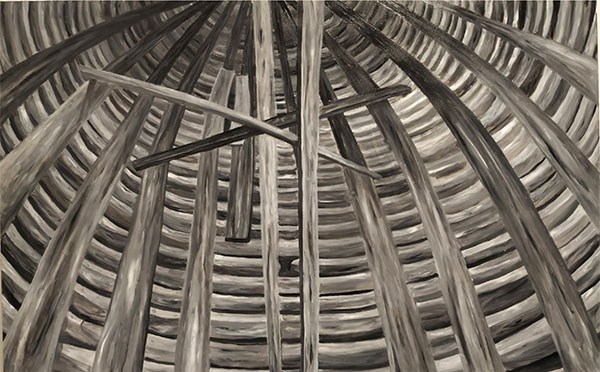 When I entered the hull of the boat, it was like seeing a human body. The tusks were lined up like the ribs of a human, with the keel of the boat like the tailbone. According to Horst Liebner, a maritime anthropologist, in the construction of the Konjo tribe boats, the hull boards were arranged first rather than the boat frame, as is the custom of European boats. The ancestors of the Bugis-Makassar people also mastered the knowledge and technology of wood processing. Boat boards are not forced to bend, but are made to follow the shape of the wood. Generally, the boards are made of whole wood which is cut into pieces according to the place needed in the construction of the boat. 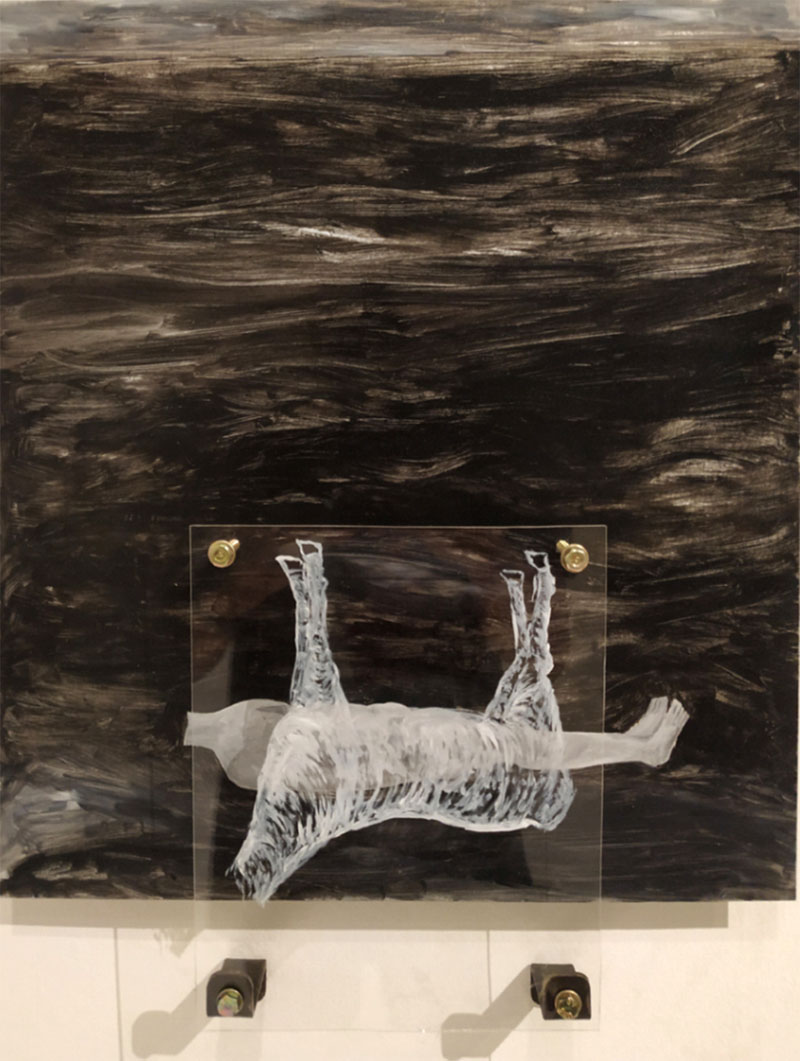 ‘There are two things that the wife waits for when the husband is at sea. The first is the fish he catches, the second is the status of a widow." I was told a story about a fisherman being lost at sea a month before I arrived in Mandar. As usual, the family called a ‘Sando sasi’ (a sea shaman) to look for her missing husband. Although there is SAR to assist in the search, for the local community the shaman brings more peace. One of the rituals carried out is the slaughtering a goat. His head was thrown into the sea, like a body to replace the body of her missing partner. Then they wait for the fisherman's spirit to return home with a message for his family, or for only the boat to return to the mainland.

Makassan prahus sailed “Malay Roads” before the European “discovery” of Australia. At the onset of the northwest winds (December) fleets left Makassar in South Sulawesi and made landfall on Marege to reach trepang harvest sites the along the northern Australian coastline. By 1650 this coast was reliably charted and prahus with multi-cultural crews (Makassarese, Butonese, Bugis, Bajau, Madurese and ‘Koepangers’ from Timor) sailed its length — all lands and waters owned and occupied by Aboriginal nations. This ABC TV news footage honours the cultural and economic exchange. 3 February 2020..

Milingimbi Art Centre is located on Yurrwi (Milingimbi), a small island just off the Arnhem Land coast about 400km east of Darwin. The community has a long tradition of producing high quality bark paintings, carvings and weavings which are made with natural materials and ochre paints. The diverse culture of the community has been influenced by long term contact with traders from Sulawesi and the coming together of over twelve clans from both the mainland and ‘salt water’ country of the Crocodile Islands.

Thank you Margaret Rarru and sisters for their generous permission to share the Weaving Manikay.